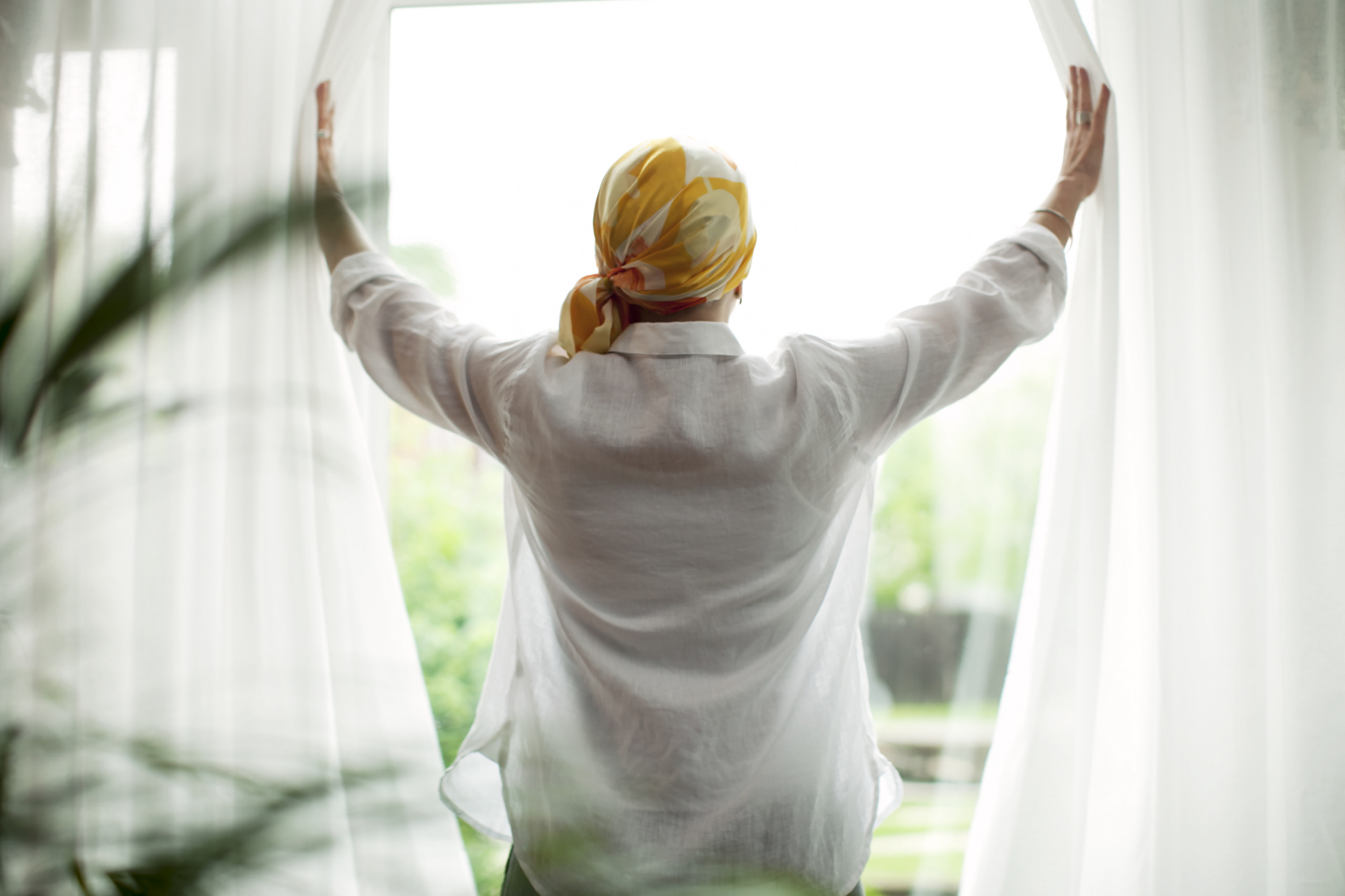 ﻿﻿﻿﻿I sat to the left of him, holding his rough, age-worn hands, as he lay in the bed. Looking into his wrinkle-surrounded blue eyes, I had said to him, "You and I have something in common.”

The previous day, his daughter and I had a conversation about his encroaching end-of-life care. I lost track of how many end-of-life discussions I already had with patients and their loved ones as a resident and fellow at the time. Here I was again, having a similar discussion, but this time, it included me sharing a very personal aspect of my life.

As an attending, a few doors down from where I had lain post-operatively two years prior, I had been through much of what her father had gone through, even though he was 50 years my senior. I learned after she left that night that she finally slept well. She told me the next day that talking to me released some of the burden she was feeling. I was filled with gratitude that my journey had helped someone else. I was the oldest 32-year-old they would ever know.

During lunch with friends right after the poster discussion session, which I worried about more than the biopsy from the preceding day, I received the phone call that changed my life. The calm, reassuring voice of the radiologist helped me stay grounded during the call. I sobbed as soon as I hung up.

This was the first time I feared for my life. How much time did I have left? I was automatically catastrophizing the situation — an expert skill that I developed on behalf of my patients through medical training. I lay prone with a plastic vertical bar digging into my breast bone during the MRI. I underwent another biopsy. I felt in pain.

“Consider enrolling in this clinical trial,” I was told. My initial instinct was that I wanted it out of my body as soon as possible. After a second opinion was obtained, I received the overwhelming message that for this, the more aggressive the treatment, the better. My enrollment could help another.

I saw myself in the mirror after showering: gray complexion, gaunt like a corpse. While wearing my headscarf, I noticed people smiled more at me—particularly people who were waiting with me in the infusion center. That smile and eye contact said to me, "Hey, I know exactly how you are feeling, I’m right there with you.”

At the drive-in movie, I looked over at the car parked next to mine. Her two daughters were fast asleep in the back seat. She took off her wig. She was bald too. Once again, I was not alone.

“Hi Mommy.” I awoke in recovery with my (now eldest) daughter, who was 2-years-old at the time, in my husband’s arms, looking concerned to the right of my bed. She leaned over and gave me a hug. Exhausted, I fell back asleep. My chest felt like it had been split open and soldered back together. I slept in a recliner for the first week and used a pillow to help me cough. Two drains partially filled with Hawaiian punch colored fluid dangled from each site, partially immobilized by safety pins attaching them to my husband’s old button-down shirt. Ongoing abdominal pain led to more imaging, which was abnormal. I feared for my life, again.

“I still have the good aura,” my surgeon, who was notorious for being able to predict prognoses of her patients based on her gut, wrote to me. Seven years later, after stage II triple negative breast cancer, I still cling to this prediction, as I continue to face frequent uncertainty about my future. I was cautious about planning too far in advance in case the worst-case scenario happened again.

As the years passed, as did the birth of my second daughter, I embrace the discomfort of "scan-xiety" — continuing with life as I know it, until I receive news otherwise. Before the diagnosis, I gave into my workaholic and perfectionistic habits no matter the cost. These habits were strengthened by decades of positive reinforcement, making them extremely hard to change. With every circumstance where I fear for my life, I am reminded to refocus time and time again on self-care since I had learned firsthand that the price of paying with my health was too high.

I have limits. Recognizing my limits, honoring them, and prioritizing self-care are crucial for well-being. I have two long scars on my chest. I also have an inch-long scar from my port on my upper left chest. These are daily reminders for me to be grateful for every moment of my life.

I also have a newfound respect for body hair. The unbridled rhinorrhea and eye irritation were nuisances. One of my infusion center nurses told me, "You can live to live, or you can live to die.” I now choose to live to live, but mindfully. I teach my patients, other physicians, and physician trainees how to live mindfully.

“I am also a cancer survivor.”

He replied, “I was really worried about you while you were away. I feared the worst." That special patient-doctor relationship deepened into a new level of reciprocal empathy and a new bond formed. That bond amongst other cancer survivors is one of the strongest in humanity.

There is strength, connection, and healing in sharing vulnerability.

﻿﻿﻿﻿﻿﻿Ni-Cheng Liang, MD is a wife, mother, breast cancer survivor, and physician who is the director of pulmonary integrative medicine at Coastal Pulmonary Associates affiliated with the Scripps Health Network. She is a voluntary assistant professor of medicine at the University of California San Diego's School of Medicine. She has presented and led numerous experiential workshops locally and nationally on mindfulness, physician well-being, and integrative medicine to a variety of audiences inclusive of all levels of medical trainees, faculty physicians, health care administrators, and patients. Her website is Ncliangmd.com and Tweets @DrNiChengLiang.