The First Time I Asked for Divine Intervention With a Patient 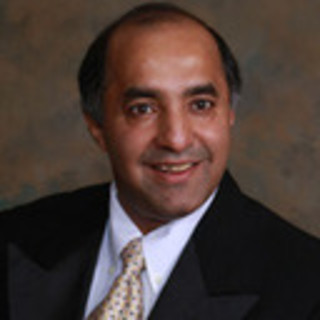 My patient, an elderly pleasant lady, with no significant past medical who was admitted to a community hospital in Texas with an incarcerated hernia. She underwent surgery which revealed the non-ischemic incarcerated small bowel, but after which her clinical condition did not improve. A week later she underwent a second surgery which revealed two small bowel perforations with severe diffuse peritonitis.

Despite the second surgery, her clinical condition worsened and she underwent an emergent third surgery which revealed a “frozen abdomen” and she left the operating room in septic shock, ileostomy, acute renal failure and with an open abdominal wound that, as per the surgeon, was impossible to be closed. The family was notified that hospice would be the best option

I was the cardiologist called at this point because of her bradycardia. Given the multi-organ failure, I discussed with the family, end of life treatment. The grieving son and daughter were ready to accept the imminent demise of their mother and during his tearful farewell to his mother the son instructed me to make sure that a prayer card remain with his mother even after she passes away.

It was at this moment, that for the first time in my career I prayed over the patient with the imposition of hands, to the surprise of the family, nurses and other physicians. It was an unplanned, unrehearsed and unexpected move on my part, as a Christian cardiologist who separated his faith from his medical practice.

The following day, the patient’s condition was unchanged and after talking to the family, despite the opposition of the operation surgeon I personally called one of the most distinguished and best surgeons in this field, who practiced at the downtown medical center, to transfer her for a second opinion, and reluctantly accepted.

Two days later, that amazing surgeon attempted a surgical exploration and, in his words, “The surgery went much better than expected” as he was amazingly able to re-anastomose the small bowel and also close the entire wound of the abdominal wall.

Two weeks later she was transferred still in critical condition to the ICU of a long-term rehab hospital, still in ventilator dependent respiratory failure, tube feedings and profound generalized muscle weakness. Her prognosis was still very poor. It was here that I was again consulted and began to pray, this time, in silence, for her physical, emotional and spiritual healing.

Fast forward, eight weeks after her first surgery, she walked into my office, with a walker, but otherwise completely back to her baseline and now has resumed her job as a speech therapist.

Two months after his miracle surgery, after a brilliant and distinguished career, the operating surgeon who saved my patient's life stopped operating due to severe depression and a few weeks later he shocked the entire community by deciding to unfortunately end his life.

We cannot medically explain how my patient survived. It is still unclear as to why I took the responsibility to calling that particular surgical expert, and transfer this hopeless case, and not ask the hospitalist to do the same. This was immediately followed by the dramatic success of the unplanned fourth surgery at the downtown hospital. The healing of the “frozen Abdomen” within 48 hours so as to allow the successful surgery, remains medically unexplained.

The sudden, unexpected and unfortunate demise of the talented, brilliant and most respected surgeon, was also something that I still mourn and cannot comprehend. It is still a huge loss to our medical profession. This has spurred me to encourage my physician colleagues to seek the help of the supernatural, in their own personal lives and the lives of their patients.

Looking back, I feel that it had to be the fervent request to the medical surgeon, which was the "game Changer,” that made the impossible happen, before my very eyes and also the eyes of all the physicians involved. Ever since then, I have the courage to consider "spiritual healing” for some of my patients, which almost always leads to emotional and sometimes physical healing. This complicated case did have a happy ending for the patient, but sadly an unfortunate ending to the physician community.  May the soul of that brilliant and talented surgeon who saved my patient's and several other patients' lives, rest in peace.