The Data Has Not Matured, but the Future of Head and Neck Cancer Treatment Looks Exciting 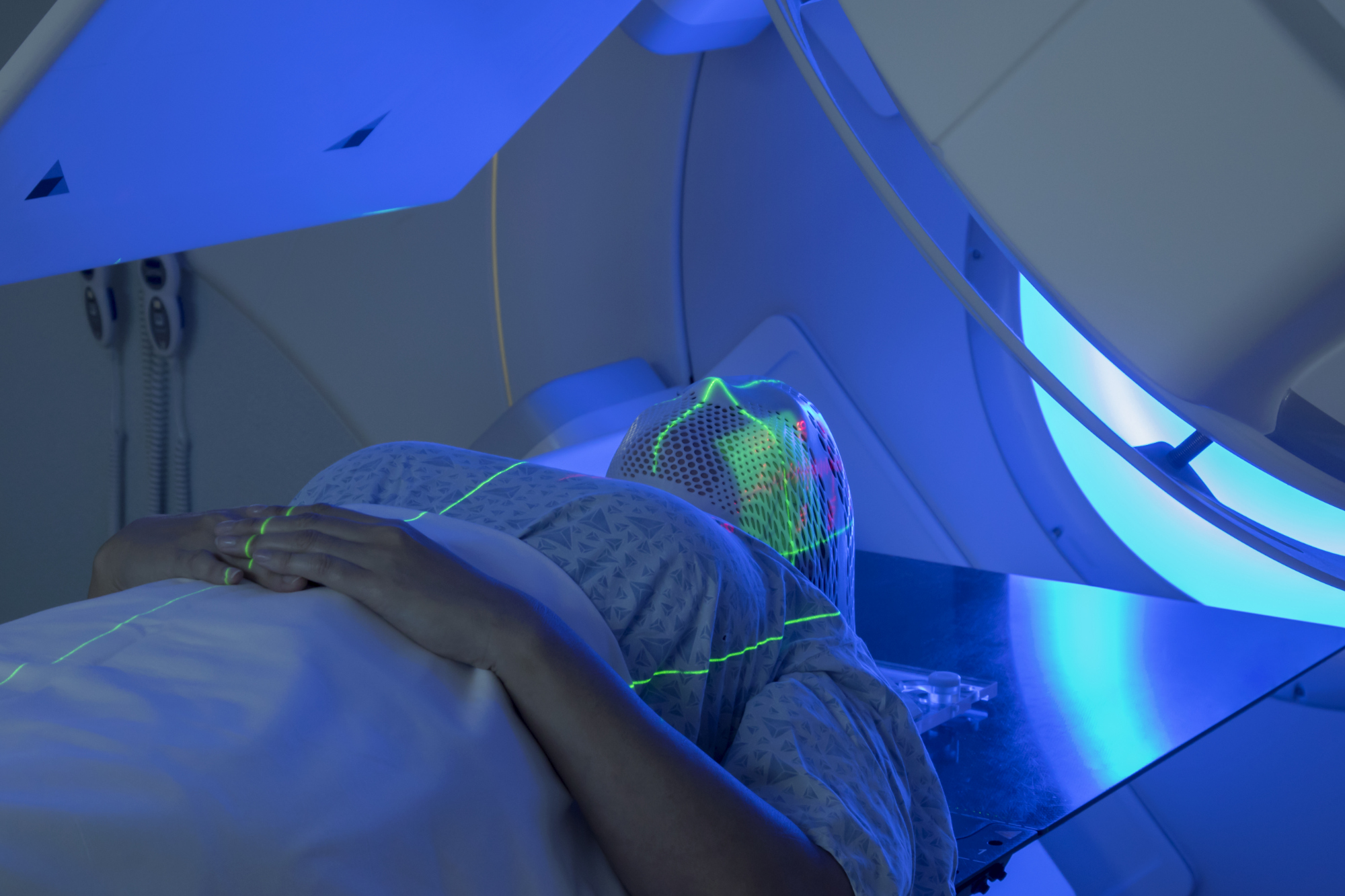 Head and neck squamous cell carcinoma (HNSCC) is a diverse disease. Like in many other types of malignancies, further classification and identification of predictive markers is a major area of study in this era of more personalized oncology care. The American Joint Committee on Cancer (AJCC) Staging Manual, eighth edition was released in 2017, with significant changes in staging for HNSCC. In particular, the eighth edition provided a new staging system for HPV-related HNSCC that is separate from HPV- negative HNSCC, highlighting the significantly better prognosis of HPV-related HNSCC (Lydiatt, et al. CA: A Cancer Journal for Clinicians 2017). Despite differences in prognosis amongst patients with HNSCC, standard treatment for locally advanced disease often entails tri-modality therapy with surgery, radiation, and chemotherapy. While highly curative in many patients, such therapy can lead to long-standing morbidity such as dysphagia, xerostomia, and long-term gastrostomy tube dependence. Whether de-intensified therapy for HPV-related HNSCC can maintain high cure rates while decreasing toxicity remains a subject of intense research interest. Furthermore, how best to de-intensify therapy and in which patient populations is still yet to be determined.

Some of the difficulties in comparing existing trials are the heterogeneity of inclusion criteria, treatment strategies, and study endpoints. To date, several de-intensification studies have been reported. These include those presented at this year’s American Society of Clinical Oncology 2019 annual meeting. Even though some de-intensification trials such as LCCC1413 (low-RT IMRT with weekly cisplatin or cetuximab; Chera, et al. 2019; abstract 6022) appear promising, they have not been randomized against the standard-of-care or are retrospective. We are awaiting longer-term outcomes of several ongoing prospective trials in p16+ disease: ECOG 3311 (transoral surgery followed by low- or standard-dose IMRT with or without weekly platinum in locally advanced disease; NCT01898494), HN002 (low-dose IMRT with or without weekly cisplatin in locally advanced disease; NCT02254278), and ORATOR 2 (primary RT versus primary surgery in early stage disease; NCT03210103; Nichols, et al. 2019; abstract 6006;). In the absence of randomized controlled data, we should remain cautious regarding de-intensification of therapy for HPV-related HNSCC outside of a clinical trial setting. Recently, NRG Oncology RTOG 1016 (NCT01302834) reported inferior overall survival, progression free survival, and locoregional control for patients with HPV-positive HNSCC treated with cetuximab-radiotherapy compared to cisplatin-radiotherapy. Furthermore, both acute and late moderate to severe toxicities were similar whether patients received cetuximab or cisplatin, underscoring the importance of randomized prospective de-intensification studies for these patients (Gillison, et al., Lancet 2019). To this end, NCCN guideline treatment recommendations for locally advanced disease remain unchanged regardless of tumor HPV status. Concurrent chemoradiation with high-dose cisplatin 100 mg/m2 every 3 weeks remains the standard-of-care for definitive therapy in non-operative disease as well as in the adjuvant setting for patients with positive margins and/or extranodal tumor extension after a high-quality neck dissection. Eligibility for high-dose cisplatin should be determined in part from a detailed discussion between patient and clinician.

Despite improved prognosis compared to HPV-negative HNSCC, distant failure still remains a significant issue regardless of HPV status. Several speakers at ASCO noted that time to recurrence tends to be longer in those with HPV-positive disease and therefore will likely need longer-term follow up to truly determine the outcomes of reduced-intensity therapy. Some suggested surveillance even 10 years out. However, it appears that even though adjuvant therapy can reduce the chance of recurrence, it may not change overall survival. To this end, additional studies are ongoing to determine whether addition of immunotherapy concurrent with or after curative multimodality therapy will improve outcomes for patients treated with curative intent. In particular, data from the Phase III studies JAVELIN-100 (NCT02952586) and MERCK 3475-412 (NCT03040999) evaluating addition of avelumab or pembrolizumab, respectively, to concurrent definitive cisplatin and radiation are eagerly awaited. Genentech/Roche WO40242 (NCT03452137), a phase III study of adjuvant atezolizumab versus placebo after completion of any multimodal therapy for high risk, stage IVA or IVB HPV-negative, or stage III HPV-positive HNSCC, is currently enrolling globally.

For recurrent or metastatic SCCHN, one of the most popular sessions at ASCO 2019 was the oral presentation for KEYNOTE-048 (NCT02358031) evaluating pembrolizumab, pembrolizumab/platinum/5- Flurouracil (5FU) (P+C), and cetuximab/platinum/5-FU (EXTREME) in the first-line setting. For patients with PD-L1 combined positive score (CPS) ≥ 20, addition of pembrolizumab to 5FU and platinum demonstrated a median overall survival of 14.7 months as compared to 11.0 months with EXTREME. For patients with CPS ≥ 1, median overall survival was 13.6 months with P+C as compared to 10.4 months with EXTREME. Pembrolizumab monotherapy did not show a significant OS benefit over EXTREME in the total population, but was non-inferior to chemotherapy. OS was improved for patients with CPS ≥ 20 and ≥ 1, but as the pre-planned analysis did not evaluate the benefit in CPS 1–19%, it is unclear what the benefit in these patients is. Overall response rate for the total population in the pembrolizumab group was 16.9% as opposed to 36% in the EXTREME group. However, it should be noted that the median duration of response was 22.6 months in the pembrolizumab group versus 4.5 months in the EXTREME group. Thus, the authors stated pembrolizumab or pembrolizumab plus chemotherapy should be considered as first line therapies in the recurrent or metastatic setting. (Rischin, et al. 2019; abstract 6000).

Treatment of patients with head and neck cancer requires multidisciplinary collaboration among medical oncologists, radiation oncologists, surgeons, and allied health professionals to help provide the best care. Although much of the data has not matured yet, the future portends many potential exciting changes, including the possibility of deintensification in the correct patient population and further integration of immunotherapy into earlier phases of treatment for SCCHN.

Mar 18, 2019 Link to Tax Season Tips For Physicians, From Physicians