The Additional Complications of Matching When You're Not a U.S. Citizen 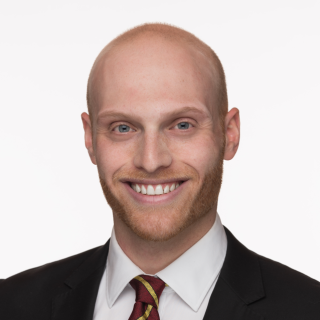 Applying to residency can be a nerve-wracking process – especially for applicants who are not American citizens.

For years, we medical students work toward maximizing our competitiveness for the program and specialty of our choice. The fruits of our labor all boil down to that momentous NRMP Match Day in March.

Many of the factors that influence our competitiveness are under our control, such as our test scores (I don’t think any of us will forget the experience of the USMLE), clerkship grades, and research experience. However, other factors are not under our control.

Perhaps one of the most influential non-modifiable factors that determine residency applicant competitiveness is immigration status. There are four categories of students in this regard:

The most prominent group in The Match, USMGs, are American citizens graduating from American medical schools.

I am a F-USMG (a term that I invented due to a lack of a previously established term). I am a Canadian citizen attending a U.S. medical school. I was fortunate to have been accepted to New York University School of Medicine on an F-1 student visa. I was once again thrilled when I matched in this year’s NRMP Match to NYU for my general surgery residency. However, the road through the residency application process was not simple. For years, F-USMGs have struggled to understand how our immigration status affects our competitiveness for The Match. While there is plenty of information online about the specifics of the residency application process for USMGs, US-IMGs, and IMGs, there is a noticeable dearth of resources for F-USMGs.

Now that I have completed the residency application process, I want to share the insights that I gathered as to how F-USMGs (and perhaps other international students) can improve their chances of success.

My main opinions and pieces of advice are as follows:

1. Not every program that states on their website that they sponsor visas is actually willing to do so.

For example, one program to which I applied indicated on their website that they sponsor J1 visas. Since this program was already high on my list of preferred programs, I became even more excited to apply. When I hadn’t heard back from them for some time, I reached out to inquire about my application status. Contrary to what had been stated on the website, they responded that they are not willing to sponsor any visas. Therefore, students should contact every program to which they want to apply in order to confirm its visa sponsorship policy.

This is an unfortunate truth. It seems that even amongst programs that sponsor visas, international students (including F-USMGs) can be at a disadvantage. My mentors were very generous and helpful during my application season, and I likely would not have been as successful without their guidance. They indicated that my application was strong. However, mentors in the United States are typically not as accustomed to advising F-USMGs as they are USMGs. Therefore, on the specific topics of how competitive I was and how many programs I should apply to, my mentors were unknowingly less experienced. I ended up receiving approximately half as many interview invitations as I was expecting based on the advice I received. The most likely explanation, my mentors and I suspected, was that my immigration status affected my competitiveness more than predicted, even at programs that confirmed that they sponsor visas. This is not to say that all programs place international students at a disadvantage. Some program directors with whom I have discussed this issue in the past firmly maintain that they consider both domestic and international students on equal footing. Therefore, students should consider applying to more programs than they otherwise would if they were USMGs (I suggest 1.5–2 times more).

Visiting electives are rotations that medical students complete at institutions other than their own. These serve three main functions. First, they allow students to expand upon their skills and knowledge by learning from a different group of people in a different setting. Second, they allow students to evaluate the program as a potential institution at which they would like to complete their residency training. Third, they allow the program to conduct an “extended interview” during which they evaluate the student as a potential residency candidate. If done well (a topic in and of itself), visiting electives can increase the probability of that student being awarded an interview, with the caveat that there is some inter-specialty variability. While visiting electives are essentially required for some specialties, they are less important for others. Consideration of visiting electives should be done on a case-by-case basis with advisors in the student’s chosen specialty. Importantly, for international students, this is an opportunity for us to put a face to our application, and render the program more enthusiastic about sponsoring a visa. Therefore, I feel that students should plan for 2–3 visiting electives at programs that they are seriously considering for residency. I think that more than three could be overwhelmingly tiring and might be difficult to fit into the medical student’s schedule. Note: This tip is mostly applicable to F-USMGs. Visiting electives may be more feasible for F-USMGs due to the travel limitations that other international students face, and the competitive nature of visiting elective applications.

However, perhaps the most important piece of advice that I can pass on to rising medical students is that with careful planning, good mentorship, and hard work, you are all capable of achieving success. Be excited for the next phase of your career. Do everything in your power to optimize the modifiable components of your competitiveness as a residency applicant, and try to make the non-modifiable components work in your favor as much as possible. I hope that my experience in the application process will help you with that task.

Simon Rodier is a native of Toronto, Canada, and a 4th-year medical student at New York University School of Medicine. After graduating, he will begin his general surgery residency, also at NYU. He has no conflicts interest or disclosures.

Member for a Day, Inspired for Much Longer

New Resident? Here Are Ways to Win the Burnout Battle 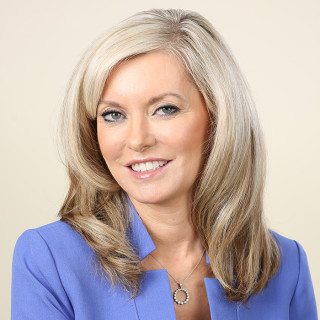