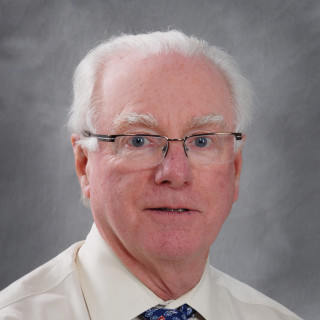 At the 2018 ACR/ARHP Annual Meeting, I had the opportunity to co-moderate this year's Great Debate, which was titled "Guidelines for SLE: HCQ Dose Should Be No More Than 5 mg/kg In All Patients."

The first speaker was Dr. James Rosenbaum who is head of Ophthalmology at Oregon Health Sciences University and a practicing rheumatologist. Dr. Rosenbaum discussed the guidelines from the American Academy of Ophthalmology (AAO) published in Ophthalmology. He reviewed the data which supports the use of the guidelines: daily dose 5 mg/kg of actual body weight; a baseline eye exam; and eye exams at 5 years and annually thereafter. The guidelines include examination with ocular computed tomography plus visual field exams using Humphrey 10-2 visual fields test. Dr. Rosenbaum noted that the data show a clearly dose-related increased risk of developing ocular toxicity after 20 years of taking the drug. The curve was quite steep with doses greater than 5 mg per kilogram giving a risk of 50%, an intermediate risk of 25% at 4-5 mg per kilogram and quite low of less than 10% at doses of less than 4 mg per kilogram. The data do show that continuing the drug after abnormalities began to occur can lead to irreversible changes. He emphasized that the screening tests are complementary to each other, both are required to be reliable and objective. He pointed out that these findings have been validated in several studies using other patient populations. He concluded that the risk is very real of developing retinal toxicity with prolonged use of hydroxychloroquine. The dose, duration, presence of renal disease and use of other drugs such as tamoxifen all contribute to the increased risk. He pointed out that the goal of the AAO is not to stop using an excellent drug but to reduce the recommended dose and to screen for early abnormalities.

Dr. Rosenbaum reviewed the guidelines from the American College of Rheumatology, which are generally nonspecific regarding exactly how hydroxychloroquine should be used. He showed evidence that the guidelines from the AAO are indeed changing clinical practice. Finally, in the last part of his talk, Dr. Rosenbaum presented data that hydroxychloroquine can also affect the heart causing conduction abnormalities and occasionally congestive heart failure and the toxicity is under-appreciated.

He noted the following are unanswered questions for hydroxychloroquine use:

Dr. Michelle Petri who is the head of Rheumatology at Johns Hopkins University and an acknowledged expert in lupus treatment then presented her concerns. She pointed out that low adherence in taking hydroxychloroquine is a common problem, up to 30% of patients do not take their medication and the percentage taking the medication declines over time. She presented data from the Johns Hopkins experience which found that the risk of hydroxychloroquine was greatest after 16 years at which point up to 10% risk was found. Dr. Petri related stories about patients who had seen an ophthalmologist and were instructed that they had "a risk of going blind." She found that convincing that patient to resume hydroxychloroquine was very difficult thereafter.

Dr. Petri pointed out that the actual risk of blindness appears to be quite low, there are few if any reports in the literature and her colleagues taking care of lupus patients have not seen blindness due to hydroxychloroquine. She further asked why the Rheumatology community was not involved in developing the hydroxychloroquine guidelines.

Dr. Petri described multiple benefits of taking hydroxychloroquine. These include reducing lupus flares, reducing blood pressure, reducing the risk of diabetes, improving outcomes of renal disease, decreasing thrombosis and finally decreasing mortality. Therefore, hydroxychloroquine is a major useful drug for patients with lupus. She argued that the debate could be framed as "death from lupus versus low risk of retinopathy." Finally, she concluded that we need new drugs, and genetic studies of pharmacokinetics and risk of retinopathy. She recommended a second opinion when a patient seen by a general ophthalmologist was found to have potential hydroxychloroquine retinopathy since there are various mimics and a retinal specialist should be involved.

In the wrap-up discussion, Drs. Rosenbaum and Petri agreed that the AAO guidelines were necessary for screening. Dr. Petri felt that the dose guidelines were a starting point but that some patients with lupus might require doses higher than the guidelines recommended. They both agreed that it would be helpful for the American College of Rheumatology and the American Academy of Ophthalmology to work together to jointly develop guidelines to ensure collaboration in the care of lupus patients who are taking a very valuable medication.

Dr. Gordon Starkebaum is a emeritus professor of medicine at the University of Washington.