Testing for Everything: Are We Prepared for the Future of Pregnancy? 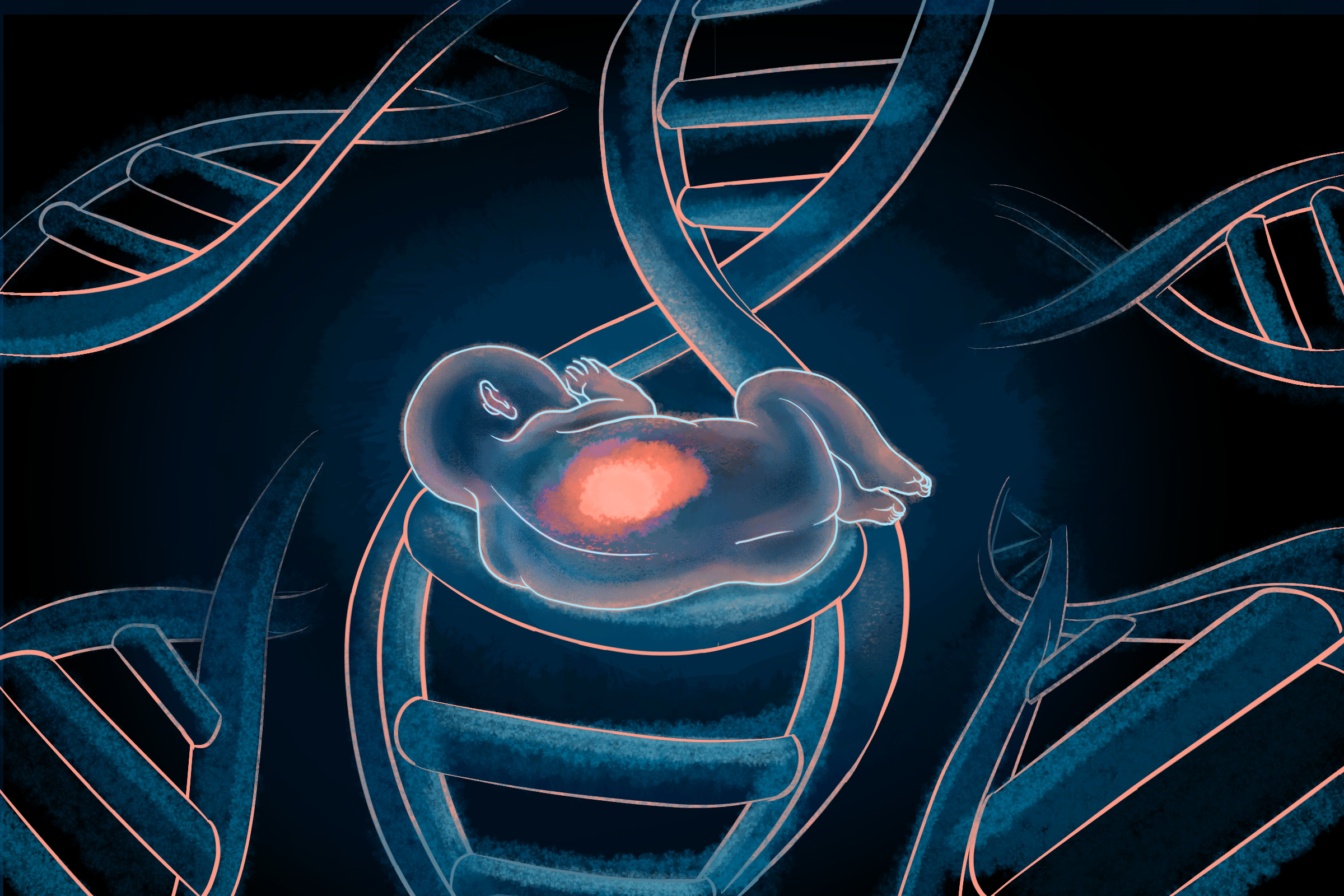 Halfway into 2019, the headlines have been replete with nothing if not ethical controversy. And yet, the area of research that bears most heavily on many of those headlines has received little in the way of limelight.

Doximity sat down with Benjamin Berkman to talk about reproductive technology and the future of pregnancy.

Benjamin Berkman received his Juris Doctor and a Masters in Public Health from the University of Michigan. Currently, he is a senior staff bioethicist in the NIH Department of Bioethics and is the head of the section on the ethics of genetics and emerging technologies. He has a joint appointment in the National Human Genome Research Institute (NHGRI), where he serves as the Deputy Director of the NHGRI Bioethics Core.

Wynter Miller: At NIH, you’re constantly working on projects that directly relate to emergent or emerging technologies. You recently co-authored a paper on prenatal whole genome sequencing (PWGS) and the ethical questions the technology raises. Can you talk about that research?

Ben Berkman: I think the biggest confusion [about PWGS] is between what we’re doing now and what we could do in the future. We’re doing NIPT [noninvasive prenatal testing] now. We can take a tube of a pregnant woman’s blood, isolate the fetal DNA, and test for a limited number of conditions (mainly trisomies). NIPT is more effective than earlier screening tests for things like Down Syndrome, it’s safer than amniocentesis or CVS. It has become incredibly popular in a very short amount of time.

WM: How is PWGS a step beyond NIPT?

BB: We’re using NIPT in a pretty limited way. We test for serious, treatable conditions or conditions that are so severe that they might reasonably prompt a discussion about reproductive decision-making [i.e., a discussion about termination]. But they’ve shown in a lab that if you isolate enough fetal DNA, you can sequence it, and spell out the entire fetal genome.

An analogy* is helpful in understanding the scope of the difference. Imagine you are trying to remember the exact phrasing of Pride and Prejudice’s infamous first sentence. Genotyping (NIPT is a form of genotyping) is like a card catalog. It’s an effective tool for finding the sentence in the library, but only if you already know Pride and Prejudice is the book you are looking for.

In medicine, card catalogs can be incredibly valuable. If a young male patient starts exhibiting symptoms like delay of motor milestones, muscle wasting, and abnormal levels of dystrophin in the blood, a genetic test targeting the DMD gene can help establish a diagnosis of Duchenne muscular dystrophy (DMD). But the physician ordering NIPT must know in advance that the DMD gene is the target.

If NIPT is the card catalog, then PWGS is the Google search. With PWGS, the physician doesn’t need to know in advance that the sentence is from Pride and Prejudice because PWGS allows him to check every “book” in the library simultaneously.

WM: It sounds like a science fiction novel. I imagine the pushback is rooted in a concern that women might choose to terminate for nonmedical reasons?

BB: Yes, although it’s not true that the pushback is only coming from pro-life advocates. Even for someone who is pro-choice and believes in a woman’s right to choose to terminate a pregnancy for any reason — even someone like that might have reservations about terminating a short baby whose parents wanted a tall baby. Even people who are pro-choice might think some of this information [obtained via PWGS] should not be used for reproductive decision-making.

WM: Is there any research about what kind of information pregnant women themselves want? Or how much information?

BB: I recently surveyed a sample of pregnant women and ob/gyns. In all categories, including nonmedical information, there was some number of women who said they wanted the information and they wanted it for the purpose of informing a decision about whether to terminate.

WM: What did ob/gyns think?

BB: Most of them were of the opinion that this technology was a huge deal and if confronted with PWGS data, they would request a consult from a genetic counselor. Across the board, most ob/gyns felt unprepared. They indicated that they didn’t feel that they had the training and expertise — or the time — to have ethically complicated discussions with their patients about their genetic data.

WM: Can you talk about why requesting a consult from a genetic counselor is not an especially viable solution if PWGS takes off?

Indeed, there is a well-documented shortage of genetic counselors in the US. Recent estimates put the head count at roughly 4,000. The 2018 census indicates there are 327.2 million people living in the US. If the goal is to have one counselor per 100,000 people, we are roughly level, in terms of supply and demand.

BB: When you look at genetic testing historically, there is a ratcheting effect. They’re always adding new things to test for, and charging more money to test for it. Demand never goes down.

If PWGS takes off, it’s safe to assume demand will skyrocket. And at present, even without PWGS, geneticists are already relying heavily on genetic counselors; most have at least three on staff, who provide the bulk of direct patient care.

BB: The other option is to outsource to commercial companies. But there’s an obvious conflict of interest there …. Part of my worry is that, separate from drawing lines about what we should and should not test for, a lot of these companies are selling tests to people right now that are based on pretty poor data. We’re already seeing this in preimplantation genetic testing. There’s a company purporting to do intelligence testing on embryos.

For context, the science supporting IQ testing in embryos is still shaky. But the co-founder of the company in question, New Jersey-based Genomic Prediction, has publicly advocated for his product, saying “If we don’t do it, some other company will.”

WM: What would be a good first step in ethically meeting this challenge?

BB: I think we need a default testing panel, a sort of “basic package” that genetic counselors and ob/gyns can agree upon for patients who want genetic testing. And the data shows that women want information, but it also shows that they want more direction.

WM: How hard would it be to develop a “basic package”?

BB: I imagine it wouldn’t look that different from what we are already testing for today. And it likely wouldn’t require that much more in terms of consent.

WM: So where does that leave us? The technology is coming but we don’t have the workforce or the resources to appropriately use it. Is it hopeless?

It’s not hopeless. There are a few different things we can do. Encourage the development of genetic counselors, start more training programs, pay them better, optimize the licensing and scope of practice laws. But I think the first step is coming up with recommendations for the kinds of testing pregnant women should be getting.