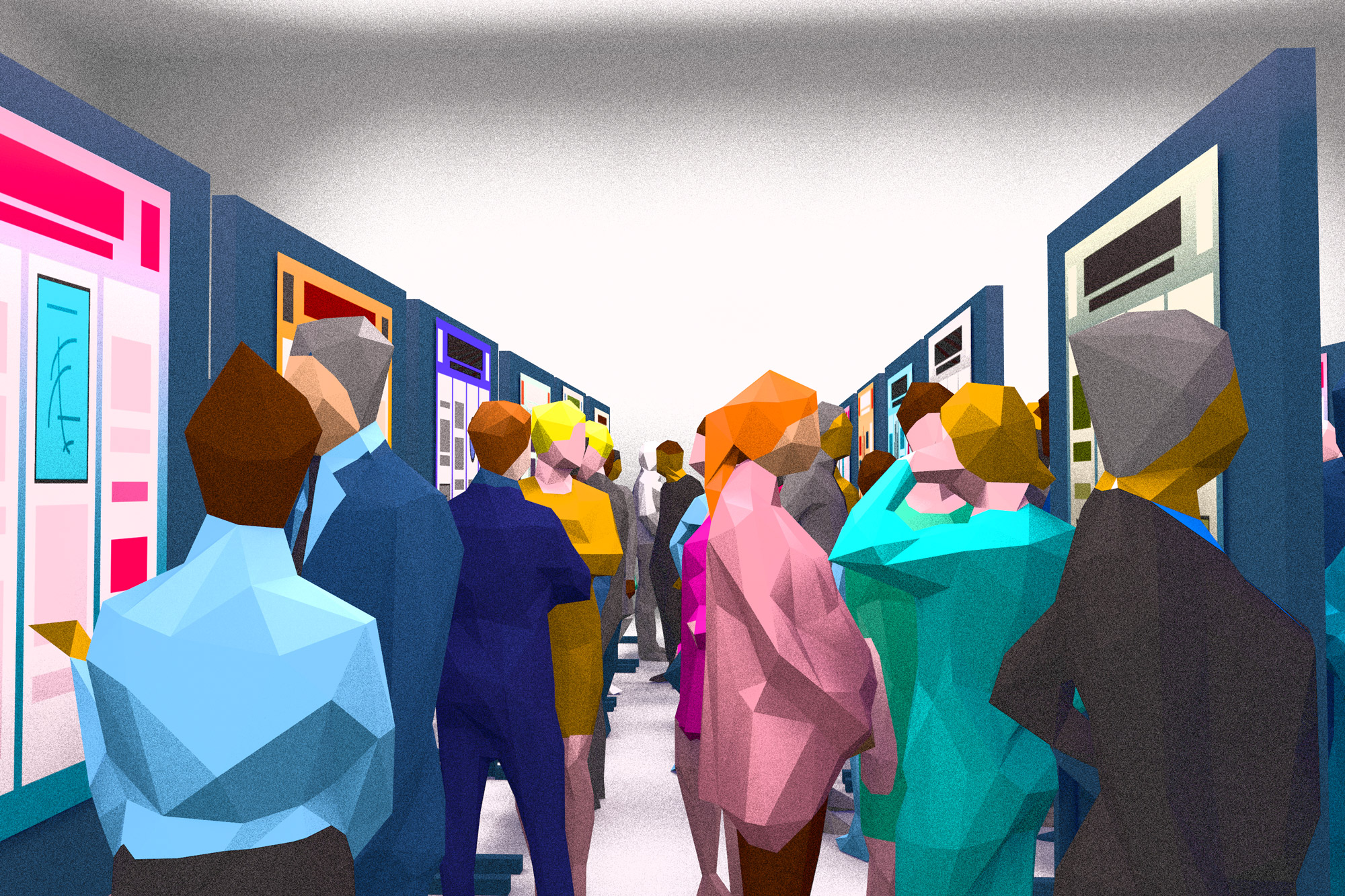 Anesthesiology 2019, the annual meeting of American Society of Anesthesiologists (ASA), was held in Orlando FL, home for Mickey Mouse. ASA annual meeting is the largest anesthesiology meeting in North America. It was well-attended and attendees from all over the world were roaming the hallways to go to next session or to find a friend and network.

This was second year in a row that ASA used beacon technology (Bluetooth enabled) embedded in the badge, which automatically populates the sessions to the attendees list if they spend 15 minutes or more at a session. Although some attendees raised the privacy concerns last year but ASA assured that commitment to the privacy of attendees is a very high priority for the organization and no personal information is recorded in chip; it only serves to identify the sessions attended to help attendees claim CME credit.

Like any professional society meeting, Anesthesiology 2019 had committee meetings, House of Delegates, hands-on skill workshops, PBLD activity, and review lectures, refresher courses and special lectures by famous speakers. A few things which I was most impressed are worth mentioning here.

The flat monitor technology is great, and e-posters are now a norm at scientific meetings universally. This probably has caused loss of a venue for exchange of ideas the way academic and research oriented minds hang out around the paper/cloth posters, exchange ideas and make plans to collaborate and advance science and patient care. ASA leadership has long felt that void and has been planning to come up with a strategy to recreate the environment for exchange of ideas. The ASA Committee on Academic Anesthesiology leadership played a major role in this regard. Anesthesiology 2019 saw a new initiative where a special area was designated for paper/cloth posters, featured abstracts, and posters were on display constantly. A research lounge was not far from it where people could hang out and exchange ideas. This sparked new interest among the research and academic oriented anesthesiologists to bring and present their work here. This was further supported by ASA Committee on Academic Anesthesiology, and committee members were present in the paper poster areas to encourage engagement and discussion. This new initiative probably will serve the academic and research mission of the ASA very well in the future years.

US Surgeon General Dr. Jerome Adams, who happens to be anesthesiologist delivered, a well-attended, Rovenstine Memorial Lecture on Monday morning. In my opinion it was one of the biggest highlights of this year’s meeting. His address touched on opioid crisis, a trend showing decreased life expectancy, healthcare inequalities, vaping, marijuana use and physician burnout to name a few. Also he emphasized that better health is only possible through stronger partnerships. ASA president, Linda J. Mason presented Dr. Adams a Fellow of ASA certification and pin. Dr. Adams later had several other small engagements at the meeting including his attendance of the “Women in Anesthesia Meeting.”

A hot topic in media nationally is the opioid crisis and anesthesia along with pain medicine is center of attention in this regard. The research surrounding this topic was highlighted in every which way at Anesthesiology 2019. Research shows that multimodal approach to intraoperative pain control is useful and helps to reduce the opioid use both intraoperative and postoperative. This was even featured on ASA TV displayed close to the exhibit hall entrance.

I had the opportunity to attend workshop on leadership spokesperson training named ‘When Seconds Count”. It is two hours long program with initial presentation on techniques and tips for media interviews. It is followed by individual interviews of the workshop participants in the hot seat. Each participant receives a debriefing critique of their interview in the hot seat immediately after it. This workshop, taught me the most effective way of getting the message across during a TV/radio/YouTube or other media interview. This workshop was available (free of cost) everyday more than once and it is a must for anyone who expects to be doing media engagements as a person or on behalf of their organization.

The exhibit hall was a popular place for the attendees to hang out and upcoming products. A very prominent exhibit, Simul8 Challenge, AirwayEX powered. The challenge was who can handle all the difficult airway simulations. It was aimed to enhance airway skills. It was fun to play these games on tablet and phone, and they offered a prize for the winner. Also several anesthesia associations from around the world had their booths set up at the end of exhibit hall and were showcasing their further meetings and other relevant information; a good place to plan the future voyage. Anesthesiology 2020 will be held in the nation’s capital during the first week of October.