Tale of an Immigrant “All-American Girl” 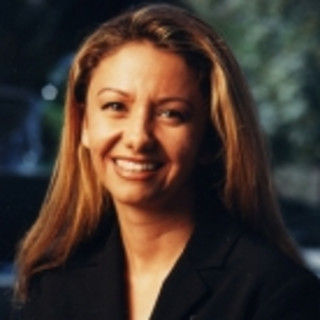 In 2015, I was honored to give the following speech as I retired from The Joint Commission Board of Commissioners after nine years of service. Though a “thank you” speech is usually in order on an occasion like this, I decided to break rank a bit and say “thank you” by sharing my personal story.

Though that was a relatively short time ago, much has changed in these two years, and I believe this story may speak even louder now than it did back then.

Once upon time in a land far, far away…

In the kingdom of Persia lived a little girl with her twin sister and older brother. Her mother was a nurse and father a petroleum engineer. That seems like a such a long, long time ago. That little girl was me…

I lived in bliss. I summered in Europe, the U.S., or our villa by the Caspian Sea. I played on the beach with my little bucket and shovel and built sandcastles by the shore.

I was brought up in the land of Cyrus the Great with religious and cultural tolerance. I learned to pray in English and Arabic. I would in fact recite The Lord’s Prayer every night. My mother would stand next to my bed and would tell me, “You should say a little prayer.” She never said in which language or religion -- just to thank God for all I have. I would kneel next to my bed and say, “Our father, who art in heaven….” My mother was muslim, but that did not matter.

I went to an international school named Iranzamin, so I was exposed to the global community and all religions. My classmates were sons and daughters of ambassadors and businessmen of over 30 countries. My favorite school holiday was United Nations Day, where kids of different nations would wear their country’s traditional garb and sing or dance in their native language. The Queen of Iran would be in attendance for these events. I vividly remember how the flags of all nations would fly high in the wind. It was truly a sight to be seen.

My next favorite holidays were Christmas and the Persian New Year, which was the first minute of spring. It is perhaps because of these celebrations that I thought of myself as the citizen of the world. I was quite an idealistic girl at a young age of 10 or 11. I had travelled to so many countries and had seen people from all walks of life, and I truly understood how lucky I was. I remember during one of my trips to the U.S. we drove across the country and I saw farms for the first time; I would imagine how hard it must be to work the land.

In fact, even today, I measure whether I am working hard enough by asking myself: “Am I working as hard as a farmer?”

One night, when I was 11, I prayed to God that I would be poor so I could truly understand what the poor were going through. As if I had started something in the Universe, my world in 1979 turned upside down. The mullahs came under auspices of democracy and ended 2,500 years of monarchy. It was the end of freedom in which I was raised.

Shortly thereafter, Iraq invaded Iran. It was a surprise attack. Suddenly, Iraqi planes appeared in the skies of Abadan. My aunt, uncle, and cousins, hearing the bombs, started escaping the airplanes as they were trying to bomb their car. I remember my cousin had only one flipflop on and had lost the other as she was running away from the arabs. The Iran-Iraq war had started and would last for years. My world was filled with sirens at night, running down to our high-rise garage for safety, watching the night light up with anti aircraft bombs.

As kids, we kept our chins up and would make it fun, especially when we were down in the garage. The kids would play and visit each other, but I knew my prior life had ended. At school, girls and boys were separated. No more Christmas, no more United Nation day, no more holidays in Europe and the U.S. That was a distant memory. The world seemed filled with angry, anxious, and sad people -- at least in the eyes of an 11 year old. Parties were not allowed, but we still tried to have them in secret, always aware of the islamic guard crashing the party. I remember my mother had collected little souvenir alcohol bottles over the years from all over the world. In fear of the islamic police, she destroyed them all. She would spend many nights in the hospital making sure the hospital remained open to help the injured. She was the nursing director of the National Iranian Oil Company Hospital, one of largest in the country. In addition to the war, there was also civil unrest between the islamic faction people and the royal and communist resistance. I would overhear her tell my father how she helped a wounded prisoner escape the hospital after surgery.

At 13, I came to the United States to California and Archbishop Mitty Catholic High School. The first day I was so nervous. I remember I was told that I was to be interviewed and tested by Brother Tom. I think I had PTSD. The thought of meeting a “priest,” given the mullahs and how angry they were, made me feel frightened. I remember that day as if it was yesterday. Brother Tom came in. He was tall, bright twinkling blue eyes. He smiled and interviewed me with kindness. My eyes welled up with tears. I didn’t want him to see. The weight was lifted. I was safe.

Fifteen years later, after high school, university, UT Med School, UC Davis, Stanford, and private practice, I was asked to sit on the Board of Commission of The Joint Commission at the young age of 38. I was honored!

Dr. House met with me the next day in Chicago at an AMA transformation meeting. He had been in the selection committee and said to the group, “There was an intense discussion and consideration of a lot of qualified candidates from around the nation, and at the end of the day we all thought you, Dr. Jamali, were the epitome of an “All-American Girl.” I was for once speechless. I was a Persian girl, but these people thought of me as one of their own! Oh my, I think they think I’m Italian!

Today, nine years later, I am married to my love, a farmer from Kansas. I learned so much and matured so much. As I look at myself this day, at the end of my nine-year term, I now truly understand what Dr. House was saying: I AM the All-American Girl. After all, I am exactly what the American Dream is. A girl from a land far, far away can dream and achieve what she wants with hard work and perseverance. I stand today before you as the All-American Girl!