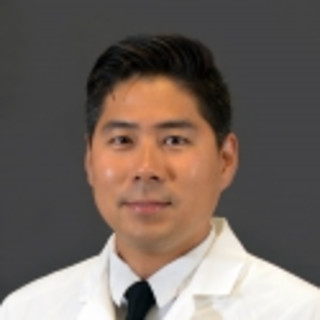 I was born in Seoul, South Korea. My parents decided to move to Maryland, suburbs of Washington D.C., when I was thirteen. The transition was rather smooth, and I adjusted to my new life in America quite well. Naturally, I loved math and science and my favorite subject was physics. During high school, I volunteered at Center for Devices and Radiological Health (CDRH) branch of Food and Drug Administration as a student engineer then subsequently returned to work there as an engineering technician after graduating from University of Maryland, Baltimore County. I loved building and deconstructing things and engineering was my first passion. When I decided to attend Georgetown School of Medicine and eventually neurosurgery for residency at Mayo Clinic Florida and complex spinal surgery fellowship at University of Miami, I wanted to combine engineering and surgery and fuse them as they were both my passion.

This year at North American Spine Society meeting, I had the honor of being invited as a speaker at Robotics and Navigation section on the potential of wearable computing devices in surgery. There has been a lot of interest in bringing augmented reality technology to surgical procedure in recent years with the introduction of new wearable head-up displays such as Hololens. When I began my residency in neurosurgery, my friends and I started a company called MedCyclops. It was a start-up company with 4 co-founders including myself. Our goal was simple: we wanted to eliminate distractions during the surgical procedure. Performing a surgical procedure is a lot like flying an airplane. A pilot has to be alert and focused on the tasks at hands and you don’t want them looking away as they are operating an airplane. Much like how car drivers should not be using a cell phone when they are driving, when people take their eyes off what they are doing and look elsewhere, they get distracted and their motor skills are compromised. This is why fighter jet pilots use helmets with head-up display capabilities that constantly alert and warn pilots of incoming danger, ultimately increasing pilot’s awareness of his surrounding.

This looking back and forth happens quite frequently in surgery. In surgical procedures, especially in procedures where image guidance is utilized, the surgeons have to look back and forth between the surgical site (patient) and the navigation screen, which is situated away from the patient. This creates an uncomfortable and disconnected workflow for the surgeons. In order for surgeons to use navigation information, they have to look away and take their attention away from the surgical procedure. This happens in cases where fluoroscopy is used as well. To solve these distraction issues during the surgical procedures, there has been much interest in utilizing head-up displays to display information of interest directly in the line of surgeon’s sight. The use of head-up displays eliminates a break in surgeon’s sight to check imaging during surgical procedures. My co-founders and I devised a device that connects to navigation system that can capture and transfer these images to a head-up display device such as Google Glass. There were software modifications made to Google Glass so that it is able to stream these videos in real time without much delays (<0.4 seconds) and the software to stream videos is initiated using voice alone, so that the surgeon does not have to break sterility. We began experimenting with Google Glass in 3-D image-guided spinal instrumentation surgeries, where 10 patients underwent pedicle screw placement with the assistance of Google Glass. We found that the surgeons were able to focus their attention on placing screws rather than looking up and down on the navigation screen. This resulted in approximately 15% reduced time to complete a pedicle screw placement. We also applied the same technology in image-guided craniotomy and brain tumor resection, ventriculoperitoneal shunt placement, and ultrasound-guided procedures. All these studies demonstrated the most critical value proposition of a head-up display: it allows the operators to continue looking the same direction when performing a complicated surgical task. This saves time, increases ergonomics and comfortability.

With recent advancement in head-up display technology, it is now possible to project holographic images directly overlaid on top of patients. Take Hololens (Microsoft) for an example. This head-up display has an ability to display pre-programmed holograms in user’s field of vision and the wearer is able to interact with these holographic images using their fingers. The introduction of Hololens garnered much interest from medical communities in adopting holographic technology to assist surgical procedures. I felt like a kid in a candy store or a nerd in an electronic store while strolling through the exhibit hall at NASS. There were multiple companies that are working on new devices that allow surgeons to “see through” their patients. NOVARAD is one of these companies that are working on bringing augmented reality to the surgical procedures utilizing holograms. Dr. Timur Urakov at the University of Miami is working with NOVARAD to bring holographic technology in neurosurgical procedures. He recently utilized such technology, Open Sight, to project holographic projections directly onto the patient’s head and spine during cranial and spinal procedures. The patient’s pre-operative radiographic images are reconstructed into holograms that are projected and displayed through Hololens. The wearer is then able to visualize the tumor even before making the skin incision. In addition, the surgeons can localize spinal level without fluoroscopy. Technology like this has the potential to dramatically disrupt every aspect of surgery. Yet, it may be a few years removed from being a truly disruptive technology due to the fact that holographic projections do not have submillimeter accuracy as required in neurosurgical procedures. But as the technology continues to evolve, it will be eventually adopted to the surgical field.

What would it take for such technology to cross over to surgery? Incubator programs such as Y-combinator continues to fund new exciting projects that are spearheaded by a few individuals with big ideas. Big companies like J&J have innovation centers that will fund projects that have potential to disrupt medical technological landscape. To begin, the state of the art head-up display technology would have to be improved first, and this will probably happen in other industry, such as gaming. Innovation fueled by start-up companies will push this technology to the next level. The surgeons must be actively involved in this step, because the surgeons are the end users and know what works and what does not work.

Overall, this NASS meeting demonstrated the landscape of the current state and showed the glimpse of what is possible in the future. The future of spine surgical technology will continue to evolve at a rapid pace and it is our job as surgeons to champion these technologies so that they can be translated to clinical practice in meaningful ways and ultimately benefit our patients.

Dr. Yoon is a complex spine fellow at University of Miami. He graduated from neurosurgery residency at Mayo Clinic Florida and received M.D and M.Sc from Georgetown University School of Medicine. He co-founded a start-up company called MedCyclops. His research interest is in new device innovation and surgical technique for spine surgery. Conflict of interest: Founder and CEO of MedCyclops

Theodora Athanasios Stavroudis, MD and 1 other

To Interns, From a Residency Program Director

May 15, 2019 Link to To Interns, From a Residency Program Director

Read Once a Doctor, Always a Doctor, Even in Your Bathing Suit
Link to Richard Nasca, MD's page

Once a Doctor, Always a Doctor, Even in Your Bathing Suit