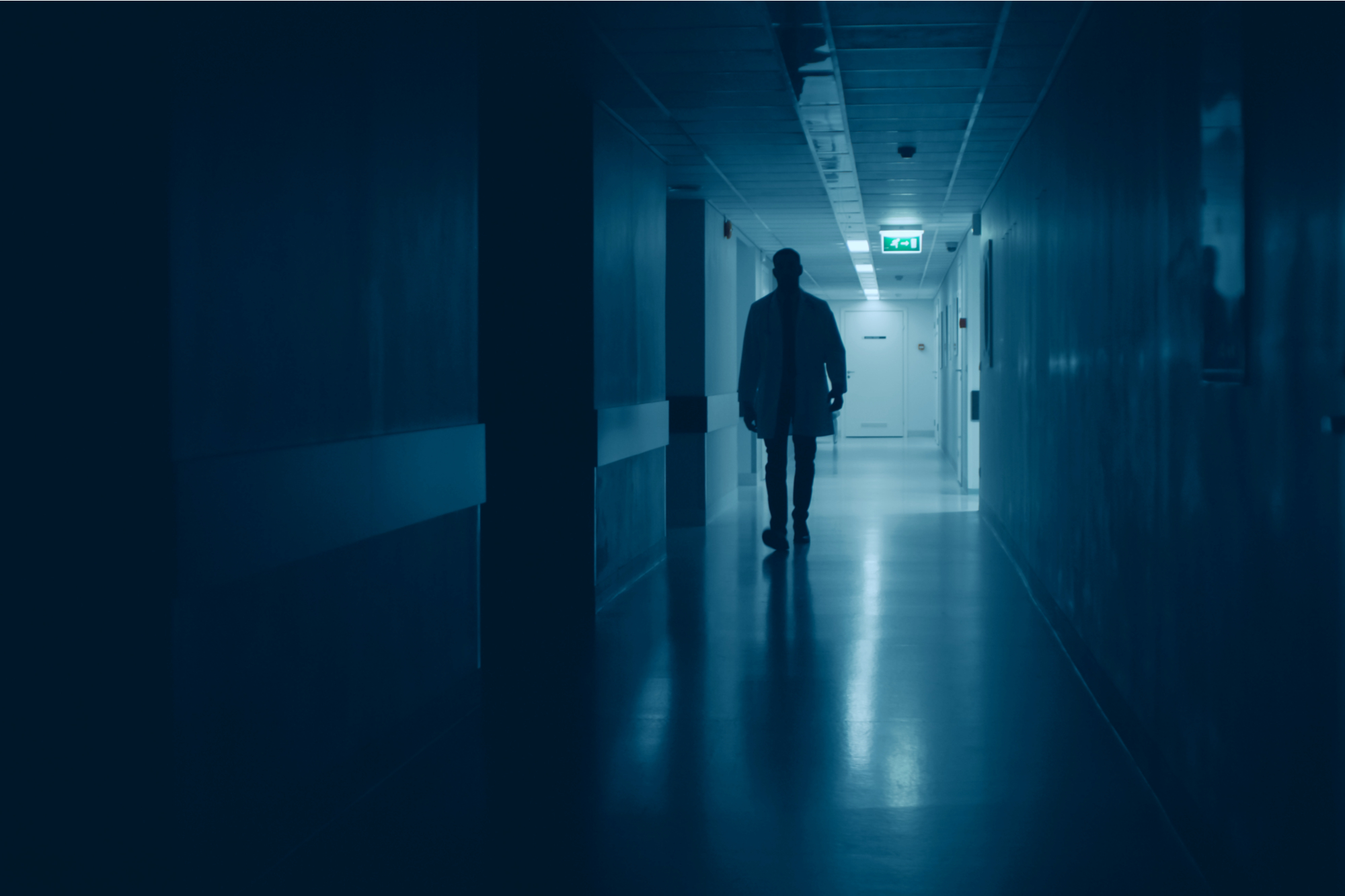 A Rice University classmate and friend of mine – a 57-year-old woman and mother of two – committed suicide on Easter Sunday. She was going through a divorce, but many of her college friends had been in contact with her one way or another in the weeks (and even the day) before she died. She seemed strong, resilient. Defiant, even. None of us saw it coming. Maybe we should have.In 2018, the suicide of 55-year-old fashion designer Kate Spade captured our collective attention, because here was a wildly successful woman who, by all outward appearances, appeared to have everything going for her. Yet, according to her husband, she suffered from depression and anxiety (others report bipolar disorder) for years. Even so, her death came as a surprise.

Suicide in middle-aged women is on the rise. Kate Spade is not the only celebrity woman to kill herself. Actress Margot Kidder, film producer Jill Messick, model L’Wren Scott, and Mary Richardson Kennedy (estranged wife of Robert F. Kennedy, Jr.), all committed suicide in recent years. In fact, the suicide rate among middle-age women (aged 45–64) has jumped by an astounding 60% since 2000. The increase for women is more than double the increase for men. No one knows why.

Mental illness, substance abuse, loneliness, and financial and relationship problems have all been linked to rising suicide rates. In a 2018 Wall Street Journal article, psychiatrist Samantha Boardman is quoted as saying: “Life satisfaction hits an all-time low in middle age,” and, “Depression and stress are particularly high in this age group. Juggling responsibilities and managing multiple roles takes a toll and can lead to feeling overwhelmed, a loss of control and despair.” But why are people less able to cope today?

Of course, with any one suicide you don’t always know the reason(s). Did the person leave a note? (My friend didn’t, but in retrospect, some of her communications signaled finality.)

Was the suicide planned, or was it an accident? (My friend’s appears intentional.)

The recent uptick in suicides after the Netflix series 13 Reasons Why may indicate that suicide is suggestible. For the survivors, questions are inevitable and often unanswerable. (Though support groups are available for suicide loss survivors and can be of great benefit.) According to the National Institute of Mental Health (NIMH), there are multiple risk factors for suicide, and interventions and treatment will of necessity vary depending on individual circumstances. Medical therapies are most appropriate when the risk of suicide is related to underlying depression, anxiety, or other mental illness. As much as we are a society that likes to medicate our problems away, medication is only a part of the solution for some, but not all, patients at risk for suicide. There is no magic bullet – or pill – for suicide prevention.

Psychiatrist Amy Barnhorst, writing in the New York Times, warned that suicide prevention is often difficult because family members rarely know someone they love is about to attempt suicide. Often that person doesn’t know herself. She advocated “tried-and-true” strategies for working with people at risk of suicide, like limiting access to what she called “lethal tools” (drugs and firearms, primarily) and working as a society to improve access to resources like alcohol and drug treatment and individual therapy. “Antidepressants can’t supply employment or affordable housing, repair relationships with family members or bring on sobriety,” she wrote. Knowing how to gauge how overwhelmed a person is, or the point beyond which there is no return, is hardly a scientific enterprise. And yet we must try, individually, as family, and as a society.

A lot of people think about suicide, as it turns out. (I did, as a teen.) Thankfully, most never act on those thoughts. (I didn’t.) The common teaching is that if we think someone is depressed, we should talk to them specifically about their emotions, not judgmentally or dismissively, and even ask if they are thinking of hurting or killing themselves. That can open the door to getting professional help.

But data are conflicting about how open people are with their feelings and intentions. One study said nearly 80% of suicide victims deny suicidal thoughts before killing themselves. Others studies that one-half to two-thirds of people who attempt suicide express thoughts about committing suicide, even if only one-third of those ever make an attempt. How do we identify and screen for those at risk for suicide? We must be willing to have an open conversation on multiple levels. Patricia Todd, a licensed professional counselor and mental health advocate who is herself the mother of a suicide victim, believes that we have a moral obligation to educate the minds and hearts of those around us about all things mental health. Only then can we begin to eradicate the debilitating stigma that is too often attached to suicide.

Our primary care providers (PCPs) are on the front line of mental health care in this country. Reportedly, three-quarters of those who commit suicide have been seen by a PCP in the year prior to their suicide. One might conclude that our PCPs should know patients the best and could screen patients for suicide risk. But knowing how busy PCPs are – and how little face time they have with each patient – it is unrealistic to expect that mental health screening questions be a routine part of every visit for every patient. Indeed, the U.S. Preventive Services Task Force (USPSTF), an independent panel of experts that makes evidence-based recommendations about clinical preventive services, looked into this and concluded that the current evidence is insufficient to assess the balance of benefits and harms of screening for suicide risk in adolescents, adults, and older adults in primary care. Nonetheless, all physicians should be willing and ready to dig deeper when patients express feelings of depression, despair, and hopelessness.

Facebook, after all, is looking. Business Insider reported that Facebook has been monitoring users’ posts since 2017 for warning signs that they might be at risk of suicide, and has even sent emergency responders to users’ houses more than 3,500 times. Who knew? And based on what criteria? My friend who committed suicide was a regular Facebook poster, and Facebook apparently didn’t tag her as being at risk.

Radiologists and researchers in Pittsburgh believe they have found a way to distinguish between individuals with and without suicidal thoughts with a brain imaging technique known as functional MRI (fMRI). Even if this proves true, it is hardly a practical or cost-efficient method to screen people. It is a provocative idea, nonetheless. It makes sense that suicidal brains function differently.

What can you do? First, know what to look for. NIMH warns that suicidal thoughts or actions are a sign of extreme distress, not a harmless bid for attention, and should not be ignored. The CDC lists 12 suicide warning signs: feeling like a burden; being isolated; increased anxiety; feeling trapped or in unbearable pain; increased substance use; looking for a way to access lethal means; increased anger or rage; extreme mood swings; expressing hopelessness; sleeping too little or too much; talking or posting about wanting to die; making plans for suicide. The National Alliance on Mental Illness (NAMI) urges that any person exhibiting the following behaviors should get care immediately: putting their affairs in order and giving away their possessions; saying goodbye to friends and family; mood shifts from despair to calm; planning, possibly by looking around to buy, steal or borrow the tools they need to complete suicide, such as a firearm or prescription medication.

Communities are starting to put together Crisis Intervention Team programs, working with law enforcement, mental health experts, and community and religious leaders to respond more effectively to those experiencing a mental health crisis. Communities that don't have this type of formal program should get one started.

If you know someone exhibiting warning signs, take action. The CDC lists five simple steps to help someone at risk:

If you or someone you know is in crisis, call the toll-free National Suicide Prevention Lifeline at 1-800-273-TALK (8255), 24 hours a day, 7 days a week. Another option is to chat online with someone. These services are free and confidential.

Dr. Sid Roberts is a radiation oncologist and hospice physician in Lufkin, Texas. All information about the deceased is shared with the family’s permission. A version of this article was previously published in The Lufkin Daily News.