Students Should Just Go to the Cheapest Medical School

Say an ambitious pre-med college student is looking to commit to a lifelong career in medicine. They’ve aced all their classes, crushed the MCAT, and have an extracurricular activity profile that rivals Mahatma Gandhi’s. Say they’ve just received acceptance letters to all medical schools they applied to. How do they decide which one to attend? There is obviously a long list of factors unique to each individual that go into the deciding such an important question. Despite that, here are a few reasons why I believe they should go to the cheapest medical school:

According to the American Association of Medical Colleges (AAMC), the average 2016 medical school grad left school with a median student debt of $190,000, an increase of 5% over 2015. In 2015, that number was $183,000, an increase of 2% over 2014. This isn’t just a recent trend. A study by the AAMC released in 2013 revealed that in the 20-year period from 1992 to 2002, median medical student debt grew at a compounded annual rate of 6.3%. It’s not that medical students are irresponsible borrowers, because from 2000 to 2012, the Cost-of-Attendance (COA) increased by an annual rate of 5.8% at public schools and 4.5% at private schools. That means borrowing is oftentimes necessary. To give an idea of how impressive that is, the US dollar experienced an average inflation rate of 2.4% during the same period.

“Medical student debt and particularly debt relative to peers at the same institution appears to influence the way that students approach major life choices like when to start a family, when to buy a home, and what specialty to choose.”

Burnout has become front and center in the discussion of physician well-being in recent years. With the advent of the internet, burnout is no longer an issue hidden in medical schools, residency programs, hospitals, and clinics. Rather, it has become a public health issue. Thought leaders like Dr. Pamela Wible have discovered that to heal her patients she had to first heal her peers. The 2017 Medscape Physician Lifestyle Report revealed burnout rates of 51% among all physicians, with a whopping 59% of emergency medicine physicians feeling burnt out. The top five reasons cited were:

1. too many bureaucratic tasks
2. spending too many hours at work
3. feeling like just a cog in a wheel
4. increased computerization of practice
5. income not high enough

With that in mind, here’s a rhetorical question: Would you rather deal with these challenges while trying to dig yourself out of six figures in student debt?

Reason #3 — For the most part, where you went to medical school doesn’t matter.

I have been a patient and I have never asked this question of my doctor: “Where did you go to medical school?” For the most part, where you went to medical school has very little bearing on what kind of residency program you will match into and eventually what kind of job you will land. Employers only respect the last place you trained. Went to a lesser known medical school but finished your cardiology training at Cleveland Clinic? You will have more doors available to you than you care to open.

My fellow physician money blogger Smart Money MD, explored this topic well in his article Is a Degree from a Prestigious Medical School Advantageous for Doctors? I know it’s difficult to hear this from a young person’s perspective. Many of us were once in that exact situation, only wanting to attend the most prestigious institution. But take it from the docs who have been down the same road, 71% of whom answered NO to the question “Would you spend extra to get a degree from a top medical school?”

However, as with every rule, there are exceptions. Here are some exceptions to this one:

Exception #1 — Money is not an issue.

If you are born to well-to-do parents who have no gripes about financially supporting you throughout the entire higher education process, then you obviously should not stress about the cost of attending medical school. I had classmates and colleagues who never incurred a cent of student debt. There is nothing wrong with being born into a family of means. It just gives you more options.

Now into my PGY-5 year, I still receive advertising material from Caribbean medical schools all the time. The brochures sound fantastic, but don’t believe the hype. Here are the cold hard facts: in 2017, 94.3% of US MD graduates and 81.7% of US DO graduates obtained a PGY-1 residency position through the Match. How about for foreign grads? How many were able to obtain a position through the Match?

Trust in the numbers, avoid foreign medical schools even if you get a great financial aid package.

Exception #3 — When the costs-of-attendance are the same.

Ok, say a student got accepted to both Harvard Medical School and a local state school that is ranked much lower on the totem pole by the US News & World Report. And when the financial aid packages show up, they find out (to their delight) that the COA are almost the same. Well then, go to Harvard!

I hope I have convinced you that as a rule, prospective medical students should go to the cheapest medical school. Of course, this is an oversimplification and many other factors can influence anyone’s decision. But as long as students are mindful of the exceptions, they’ll be off to a great start. To all incoming med students: congrats and good luck!

Dr. Bo Liu is a resident physician and personal finance enthusiast. He is the founder & editor of the medical finance blog Future Proof MD.

Why I Became a PA and Not a Physician

The Internet of Medical Things: Challenges and Opportunities

I'm a Medical Student And I'm Optimistic About My Financial Future 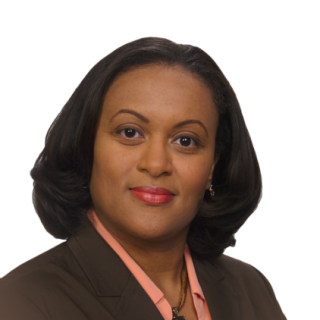 3 Ways To Change Your Mindset In Continuing Medical Education