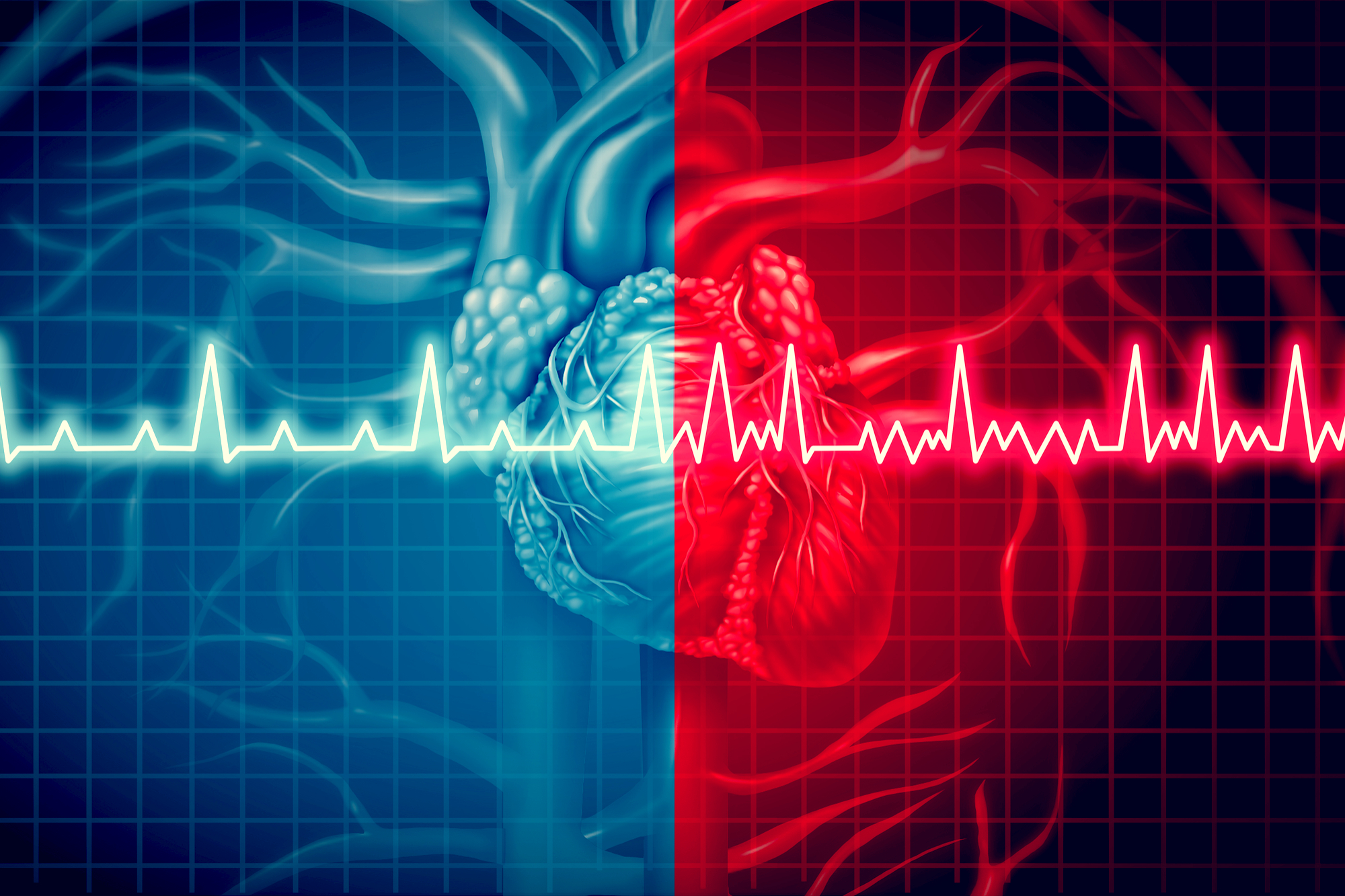 The 40th Annual Heart Rhythm Society (HRS) Scientific Sessions held in San Francisco this month (May 8-11) provided an excellent forum for heart rhythm professionals from around the world to convene and discuss the latest science in cardiac electrophysiology (EP).

The meeting commenced with a keynote address the featured National Public Radio host Guy Raz, where he emphasized the past, present, and future of HRS on its anniversary through a variety of thought-provoking interviews with multiple generations of electrophysiologists and heart rhythm allied professionals.

In keeping with the theme, the scientific sessions focused on a variety of topics — including those more germane to routine EP practice such as case-based learning and “tips and tricks” sessions for common procedures. Others discussed the frontiers of clinical EP where digital health innovations, novel ablation, and pacing technologies, as well as left atrial appendage closure (LAAC), have recently dominated the horizon.

Since 2016, LAAC has been FDA-approved with the Watchman device (Boston Scientific Corp.) for clinical use since 2015 after undergoing two clinical trials assessing its safety and efficacy as compared to warfarin for stroke prevention in patients with non-valvular atrial fibrillation (AF) and elevated stroke risk. Evidence to date surrounding LAAC has resulted in the incorporation of the therapy into European and American cardiovascular guidelines as a consideration in select patients.

Not surprisingly, the approval of a “mechanical” stroke prevention modality heralded a massive expansion in this space. Currently, there are multiple LAAC devices in various phases of development, each boasting its own proprietary features and incremental advances relative to other competitors.

The growth, while promising to enhance the safety and efficacy of LAAC for patients and provide EPs with a powerful “toolbox” to accomplish this feat, has also produced some challenges and areas for future research, which were highlighted at the sessions. In a well-attended session moderated by Jacqueline Saw, MD, FRCPC, FACC from the University of British Columbia and James Freeman, MD, MPH, MS of Yale University, several groups presented their original work related to LAAC.

Contemporary Utilization and Outcomes of LAAC

In a collaboration with the University of Iowa College of Medicine, Rajesh Kabra, MD and colleagues from the University of Tennessee Health Science Center presented an analysis of a “real world” population of nearly 5,000 Medicare beneficiaries undergoing LAAC with Watchman from 2015 to 2016. Patients were followed to assess post-procedural re-hospitalization, ischemic stroke, and mortality over the subsequent 180 days.

Patients on average were older, more frequently female (40 percent), and afflicted with a greater burden of common comorbid conditions (average CHA2DS2-VASc score of 4.0+1.4.), as compared to the Watchman clinical trials. The 30-day readmission rate was 6.3 percent and among those readmitted within 30 days of the procedure, the common reasons were: hemorrhage (14.6 percent), cardiac arrhythmias (11.2 percent), infection (8.5 percent), heart failure (7.6 percent), and complications of the procedure or device (6.7 percent).

Among 2,429 patients with a 6-month follow-up visit, a total of 29 (1.2 percent) were readmitted for ischemic stroke within 180 days of Watchman implantation. Mortality at one year from any cause was 3.8 percent. The authors noted that when comparing measures, they found higher 1-year mortality in this Medicare population compared to that previously reported, which they attributed to the inclusion of patients with a greater comorbidity burden and those who were warfarin-ineligible.

Hemodynamic and Neurohormonal Effects of LAAC

Xiaomeng Yin, MD of Dalian Medical University in China and colleagues from the Texas Heart Institute presented on the impact of LAAC from percutaneous (21 patients) and surgical (23 patients) approaches on cardiac neurohormone secretion at long-term follow-up of 12 months. Extending our understanding of the left atrial appendage’s role in natriuretic peptide secretion, the authors reported that both methods of LAAC led to significant reduction in atrial (ANP) and brain natriuretic protein (BNP) secretion at 12 months. These levels correlated with patients’ blood pressure, ejection fraction, and use of diuretics at the 12-month mark.

Despite comparable baseline ANP and BNP measurements, surgical excision of the LAAC resulted in a statistically greater reduction in both levels at 12 months. The authors speculated a percutaneous approach may better preserve intrinsic neuroendocrine function while protecting patient’s against stroke. Much remains to be learned regarding the long-term physiologic sequelae of LAAC, and in particular, there is interest surrounding its therapeutic potential for hypertensive patients.

Several original studies focused on enhancing our understanding of appropriate post-LAAC management with respect to anticoagulant and antithrombotic medications at this year’s sessions.

In a multicenter study conducted across five U.S. sites led by a team at the University of Kansas Medical Center in Kansas City, investigators evaluated the safety and efficacy of direct oral anticoagulant (DOAC) drugs as compared to warfarin to promote device endothelialization in patients undergoing Watchman implantation.

Nachiket Apte, MD presented the results based on 45-day routine post-Watchman echocardiographic assessment, in addition to clinical variables. Among 135 patients on DOAC therapy, 91 (67 percent) and 37 (27 percent) were taking apixaban and rivaroxaban, respectively.

When compared to 137 patients on warfarin, the investigators found no significant difference in periprocedural bleeding (3 percent in warfarin vs. 2 percent with DOAC, p=0.57), or bleeding at 45 days. Seven patients in the warfarin group had a device-related thrombus (DRT) detected at 45 days compared to none in the DOAC group. Six of these patients were on concomitant antiplatelet therapy post-LAAC and 2/7 had subtherapeutic INR measurements at the time of imaging.

Those with DRTs were older and had lower body mass index compared to those who did not develop a DRT. There were no significant differences in annualized stroke risk or left ventricular ejection fraction between those with and without DRT, nor did the development of DRT correlate with the morphology of the left atrial appendage.

In another interesting study, Domenico Giovanni, MD and colleagues from the Texas Cardiac Arrhythmia Institute at St. David’s Medical Center collaborated with researchers from Montefiore Hospital in New York to use genetic testing to examine the prevalence of clopidogrel resistance among 322 patients referred from 2015 to 2017. Looking specifically for loss-of-function mutations in a gene encoding cytochrome P450 2C19, which is involved in hepatic bioactivation of clopidogrel, they found 25 percent of the cohort had some evidence of reduced clopidogrel metabolism.

Furthermore, they described their collective experience with alternative antithrombotic and anticoagulant regimens in such patients, including the substitution of prasugrel or a DOAC at half dose for clopidogrel in cases with no peri-device leak or full dose DOAC in patients with a significant peri-device leak. The investigators demonstrated this overall strategy, when compared against a control group of 87 patients receiving Watchman implantation with standard post-LAAC antiaggregant regimens, resulted in fewer DRTs (0.3 percent vs. 3.4 percent, p=0.03). With further prospective study, such individualized medication regimens may help minimize post-procedural complications.

Lastly, in a small pilot study from Ohio State University, James Mann, MD and colleagues presented their preliminary results examining the need for pre-procedural transesophageal (TEE) echocardiography in AF patients with a Watchman device referred for electrical cardioversion. They reported on 16 such patients referred for cardioversion an average of 244 days post-Watchman.

In 14/16 patients, a TEE was performed prior to cardioversion at the discretion of the referring physician and 13/14 patients had no intracardiac thrombus. The one patient with a DRT was therapeutically anticoagulated with warfarin and was the most recent Watchman implantation within the cohort.

Eight of 16 patients received anticoagulation following cardioversion, three of whom were escalated from antiplatelet therapy alone due to the cardioversion procedure. There were no strokes observed at 30-day follow-up. The two patients who did not undergo TEE were on either aspirin alone or aspirin and clopidogrel (but neither on anticoagulation), and the same regimen was continued post-cardioversion.

The authors concluded cardioversion is safe in post-Watchman patients, but it remains to be seen whether clinicians can safely omit pre-cardioversion TEE in select LAAC patients and what the optimal post-cardioversion antiplatelet/anticoagulant regimen ought to be.

A Look to the Future of LAAC

In addition to the original science presentations at the 2019 HRS Scientific Sessions, there were a number of lectures encapsulating the state-of-the-art in LAAC, some of which highlighted future directions for this therapeutic modality.

Saibal Kar, MD from the University of California at Los Angeles provided an update on current clinical trials in the LAAC space that considered purposes and additive value of each. The PINNACLE FLX trial (estimated completion June 2021) is a single arm study evaluating the latest iteration of Watchman device as compared to its predecessor with potential enhancements to include a better seal of the LAA, lower rates of DRT, and a lower rate of device embolization.

The ASAP-TOO study (estimated completion December 2023) comparing the Watchman device in patients with contraindications for any duration of oral anticoagulation against single or no antiplatelet therapy has a superiority design and the potential to change the class of guideline recommendation and expand indications for LAAC with the Watchman.

Adding a complementary perspective, Andrew Farb, MD, the chief medical officer in the Division of Cardiovascular Devices at the U.S. Food & Drug Administration, provided an overview of what additional data are needed in the LAAC space moving forward. He pointed out the ongoing aMAZE trial assessing the use of an epicardial LAA ligation tool (Lariat, SentreHEART, Inc.) to achieve electrical isolation of the left atrial appendage as adjunctive therapy to pulmonary vein isolation in persistent AF patients.

Unfortunately, the trial is not powered to assess the efficacy of Lariat for stroke prevention. Beyond expanding indications, Farb highlighted the need for head-to-head trials of DOAC medications versus LAAC therapy. Two such trials, PRAGUE-17 (estimated completion May 2020) and CLOSURE-AF (estimated completion February 2023), offer to help answer the question of whether LAAC is truly equivalent (or superior) to any pharmacologic stroke prevention therapy or whether it is only comparable to warfarin.

As evident from this year’s sessions, it is an exciting time in electrophysiology in general and in the LAAC space in particular. Moving forward, it will be imperative to balance therapeutic exuberance for novel devices and incremental enhancements by answering those questions which are of greatest importance to patients themselves. Namely, these include better understanding how LAAC compares to pharmacotherapy for stroke prevention (i.e. DOACs), efficacy and safety of LAAC in patients with true contraindications to anticoagulation, and how to optimize post-LAAC care to minimize inadequate LAA closure and DRTs.

Mohammad-Ali Jazayeri, MD is a cardiologist and the chief fellow at the Department of Cardiovascular Medicine at the University of Kansas Medical Center.