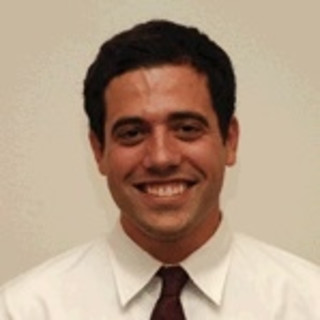 Early in clerkships, a resident gave me the advice to “always tell the truth,” citing the importance of integrity as a physician. As I went through medical school into residency, I learned implicitly and explicitly about the “hidden curriculum” — a socialization to the manner of talking about patients and to functioning within the hierarchy of the hospital. In the wake of the excitement of Match, I’d like to juxtapose two articles about residency applications, plagiarism, and another potential element of the hidden curriculum. They suggest that some may choose appearances before truth-telling if it bolsters their application and does not seem to jeopardize patient care.

Faculty at Brigham and Women’s Hospital published this article in 2010 in the Annals of Internal Medicine. The study identifies predictive factors for plagiarism in personal statements by residency applicants. Plagiarism was defined as a match of more than 10% to an existing work within a database of websites, publications, and previously submitted essays.

Of the almost 5,000 application essays retrospectively assessed, 5% had evidence of plagiarism. Applicants were included if they applied to the five largest residency programs at this institution (internal medicine, anesthesiology, general surgery, obstetrics and gynecology, and emergency medicine). International applicants — either by citizenship or medical school location or type — were more likely to have plagiarism (14% vs. 2%). Groups that were less likely to have plagiarism included members of AOA (1% vs. 6%), those with higher Step 1 scores (average score of 225 vs. 216), and those with research experience (4% vs. 10%) or volunteer experience (4% vs. 11%). Additionally, fluency in languages other than English (7% vs. 2%) and applying to residency or fellowship in the past (12% vs. 4%) were associated with plagiarism.

While the authors acknowledged that they identified matched content rather than the subjective nature of plagiarism, they called on ERAS to be the entity responsible for screening for this within a centralized database. ERAS has a website discussing its integrity promotion, including a list of sites where applicants often find text to plagiarize for their personal statements. It is not evident that ERAS has implemented this information into a systematic, coordinate central effort to screen applications for plagiarism.

Plagiarism in Letters of Recommendation

Just this month, faculty at Yale in the Psychiatry Department published this article in Medical Education. The study highlights similar behaviors of plagiarism exhibited by faculty members. Plagiarism was defined as pairs of letters from different authors with at least 75 words of shared language describing unique attributes of an applicant. They did not include shared formulaic language that described the clerkship, rotation, or care setting as plagiarism.

Of the 13,617 letters of recommendation assessed from 3,864 applications, 4.1% contained plagiarism, whereas only 2.6% of personal statements contained plagiarism. Letters were included if the person applied to this institution’s psychiatry program between 2013–14 and 2016–17. Students were more likely to have at least one plagiarized letter if they attended a Caribbean allopathic (28%), foreign allopathic (14%), or US osteopathic (6%) school than if they were from a US allopathic (4%) school.

The authors identify that intervening on plagiarism within letter writing, rather than in personal statements, is more difficult. They still suggest having systems-level changes, such as protected time and writing workshops.

The evidence presented between these two studies does not demonstrate that residency applicants have directly learned plagiarism from faculty members who demonstrate plagiarism in letters of recommendation, but the data does suggest that this is a problem that extends from students to faculty. This continuum of participation in plagiarism, even if only 5% of the population, might mean there is a normalization and acculturation of the behavior.

The reasons behind associations between location of medical school and increased plagiarism cannot be determined with retrospective cross-sectional data. It does make one wonder if those with a competitive advantage, whether members of AOA or coming from a US allopathic school, do not feel as much pressure to match within a system in which 43,000 applicants are applying for 28,000 PGY-1 positions (in 2017).

The golden role of protecting one’s integrity and always telling the truth seems obvious when talking about lab values or physical exam findings on rounds. But, it may seem less obvious to some when faced with the prospects of not matching or if they have the burden of many letters of recommendation to write.

Austin Wesevich, MD, MPH is an internal medicine/pediatrics resident and 2018 Doximity Scholar. You can follow him @drwesevich.