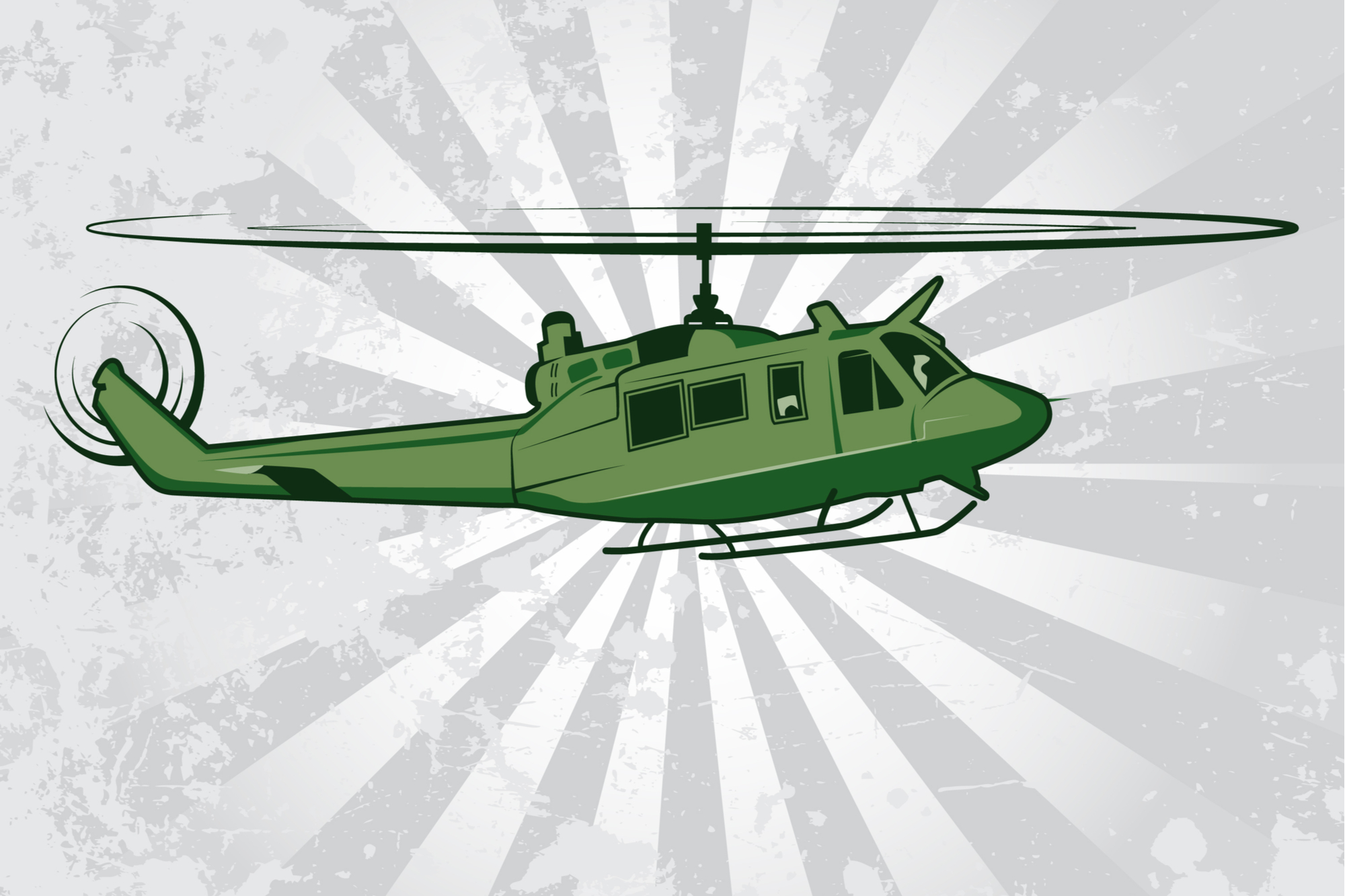 He was a helicopter pilot; I was a medical corpsman serving with the First Marine Division. Our paths never crossed while we both served our country in the Vietnam War, but oh how they would cross as we met in the emergency room one fateful Friday the 13th.

I’ll call him Bob* for the purpose of this real life story. Bob returned to civilian life and continued flying helicopters while I returned to college, eventually medical school, and ultimately becoming a board certified family physician. I landed in a small rural community often laden with tourists who came to enjoy the beauty that our community offered. Bob ended up in the same community flying these tourists in his sightseeing helicopter. I flew in many helicopters in Vietnam, but never did feel comfortable in them; especially when the Viet Cong were constantly shooting at them.

Our community hospital was small, 100 beds, and had a six bed ICU. We had one general surgeon, one internist, and a handful of family physicians. At my urging, the hospital had agreed to purchase a new Bennett MA-1 ventilator, mostly used for older patients with respiratory failure. Fortunately, I was fresh out of training from a major medical center where the first critical care medicine fellowship was started by an aggressive group of research anesthesiologists and pulmonologists using high PEEP and treating traumatic lung injuries. I was fortunate enough to spend several months in their unit, and little did I know that that experience would help to save Bob’s life.

I was in the emergency room when the ambulance arrived with two survivors of a helicopter crash. One was Bob, the pilot, and the other was a 7-year-old girl. Two others in the helicopter were unfortunately killed when the tail rotor on Bob’s helicopter came off at an altitude of 700 feet, and they plummeted to the ground. This occurred on the worst of days, Friday the 13th.

It was apparent to me that Bob had a flail chest. I had seen that in Vietnam as a result of explosive shrapnel and had seen it once in my residency. Bob’s flail chest was a result of him striking the center console on the helicopter. I immediately intubated Bob and put a chest tube in the right and left chest cavities, aiding his flail chest. Both he and the 7-year-old girl had deceleration injuries to their livers and spleens as evidenced by abdominal taps (pre CT scan era). By this time we had all the doctors on our staff in the ER. Our general surgeon asked a thoracic surgeon to travel the 40 miles from a larger medical center to help him with the liver and spleen lacerations.

The 7-year-old girl recovered nicely and went home within a week, minus her spleen. Bob, who also lost his spleen, was unfortunately connected to the one and only ventilator. Both the general surgeon and thoracic surgeon agreed Bob should stay in our small hospital and not be moved, but this meant I would have to become a resident again and live at the hospital for the next 10 days managing his ventilator, managing his chest tubes until they could be removed, and caring for him until he could be extubated. He had also suffered a compression fracture of the spine and a fractured ankle as a result of the crash.

After he was extubated, I learned he was a veteran of the Vietnam War, and so as veterans tend to do, we shared old war stories about where we served and what we experienced. Our relationship became more than just doctor and patient. We would talk about cars and the war, and I would always tell Bob that I never wanted to see another helicopter as long as I lived. Bob eventually recovered and moved away; he even went back to flying helicopters. Every year, for many years, I got a nice card and flowers from Bob on the anniversary of his crash.

Then several years ago, Bob and his wife showed up in my office. He and his wife had retired and decided to move back to our community. I was happy to see an old patient, and an old friend, whose life had impacted me so much. He now had arthritis, heart and lung disease, and walked with a cane, but his spirit was still upbeat. He was still the same old Bob, always laughing at me for my fear of helicopters. I was fortunate enough to know and care for Bob and his wife for many years after that.

I recently returned from Bob’s funeral. He had made it to his 80th birthday. He was buried with full military honors. I saluted his flag draped coffin and said goodbye to my patient, my friend, and an old war buddy that I will miss so much.