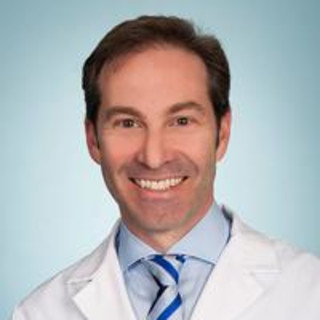 Over 900,000 colon resections will be performed in the United States this year alone. So, when a busy family practitioner was recently diagnosed with colon cancer, he was surprised to learn that such a common procedure was performed in many different ways.

In his research, he found that traditional open colon surgery is still performed nearly 50 percent of the time despite convincing evidence of the benefits of minimally invasive surgery (MIS). In fact, patients who undergo MIS colon resections have significantly less pain, earlier recovery, and shorter length of hospital stay. There is also significantly less blood loss and fewer complications following MIS surgery.

But what he could not know is that there is now an even less invasive approach using robotic technology known as the NICE procedure (Natural-orifice IntraCorporeal anastomosis with Extraction). This innovative technique was presented for the first-time during SAGES 2019 conference in Baltimore on Wed., April 3.

With this approach, the entire surgery is performed without any incision other than the tiny ports for the robotic arms. Although laparoscopic surgery is much less invasive than open surgery, an incision is still required to remove the specimen and perform part of the anastomosis to provide bowel continuity and avoid a colostomy. The NICE procedure uses the rectum as a natural orifice to remove the specimen and perform the anastomosis — thus avoiding the abdominal wall incision.

Using a natural orifice to assist with colorectal surgery is not a new concept. In fact, more than 25 years ago, pioneering MIS surgeons described laparoscopic approaches in which the specimen was removed through the rectum. This technique afforded numerous advances in patient care including much less pain and opioid use. Patients were discharged even sooner than other MIS procedures and had virtually no risk of a surgical site infection or hernia.

Despite these obvious advantages, fewer than 1 percent of colon resections were performed in this fashion — until now, nearly three decades later. It is the combination of technological advancements coupled with a movement to eliminate opioid use that has resulted in the re-development of this approach.

Using new robotic technologies, the NICE procedure offers a systematic step-wise approach to successfully accomplish natural orifice incisionless colorectal resection. The technique was presented with wide enthusiasm and interest to a packed house of MIS surgeons. The procedure is proven not only safe and feasible, but is designed for wide-spread adoption largely due to enabling robotic platform and advancements in instrumentation.

After performing 35 consecutive cases using the NICE procedure, the results are in: Patients recovered far better compared to published results following open or conventional laparoscopic surgery. For instance, 74 percent of patients were discharged home on day 2 and 95 percent were home by day 3. This is in sharp contrast to national data with an average post-op length of stay of 5 to 8 days. There were no surgical site infections or anastomotic leaks.

The family doctor was one of the cohorts in the study. He woke up with virtually no pain because there was no incision. He was eating breakfast the next morning and was discharged home within 48 hours. He required no narcotics during his hospital stay and left taking only Tylenol and Advil. He saw his first patient 10 days after surgery, which cured him of cancer and gave him a first-hand appreciation of the benefits of modernized surgery.

As we strive to provide our patients with best outcomes, the NICE procedure may be one of the innovations that will help make minimally invasive surgery even less invasive.

Dr. Eric Haas is internationally recognized as an expert in advanced laparoscopic and robotic surgery for the treatment of colon and rectal cancer as well as complex diverticulitis, ulcerative colitis, and Crohn's Disease.