This study was an open-label, multicenter, randomized phase 3 clinical trial involving 1334 patients with Stage III or IV Hogkin’s Lymphoma with no previous treatment. Patients were randomly assigned 1:1 to receive the current standard of care treatment of ABVD (doxorubicin 25 mg/m2, bleomycin 10 units/m2, vinblastine 6 mg/m2, dacarbazine 375 mg/m2) IV on days 1 and 15 in a 28-day cycles vs A+AVD (brentuximab vedotin 1.2 mg/kg, doxorubicin 25 mg/m2, vinblastine 6 mg/m2, dacarbazine 375 mg/m2) also on days 1 and 15 in a 28 day cycle for up to 6 cycles. Primary end point was modified progression-free survival. At the end of 6 cycle of treatment, patients were reevaluated with a PET/CT for assessment of response. Secondary endpoint was overall survival and was not met at time of study release.

I had a chance to interview the leading author of the paper Dr. Connors to review this new study. Dr. Joseph M. Connors, MD is the clinical director of the British Columbia Cancer Agency Centre for Lymphoid Cancer in Vancouver, Canada, and lead author on the study.

Dr. Chandler Park: Congratulations on this study. This is the first successful first line treatment in patients with advanced Hodgkin’s Lymphoma with decrease overall toxicity in nearly 40 years. Would you be willing to answer questions for our Doximity audience?

Dr. Joseph Connors: Thank you Dr. Park. Yes, I will answer any questions that you may have about this study.

CP: As a medical oncologist that treats patients with Hodgkin Lymphoma. The one concern I always have is with Bleomycin. I have done a DLCO before treatment and a follow up DLCO to see if there is a 10% decrease. However in the back of my mind it is still unpredictable. Your study appears to have helped with this toxicity. Can you comment on the toxicities of both arms.

JC: I see treatment associated toxicities for Hodgkin’s Lymphoma in two categories. One type of toxicity is highly unpredictable and severe like Bleomycin toxicity. Likelihood of Bleomycin toxicity in this trial is 1%. Published data for ABVD is 2–3%. The other toxicity is highly predicatable and manageable. In this study, peripheral neuropathy was higher but manageable with dose reductions. In fact many of the patients neuropathy was reversible. Also Brentuximab are also had higher febrile neutropenia. However this was managed well with growth factor support. The toxicities in the Brentuximab are very manageable.

CP: Some of the concerns of the critics for this study is the high cost of treatment. What are your thoughts on these concerns.

JC: Good question. There will be a cost analysis done with this study. Therefore not all of the data is out. One thing to keep in mind is the cost to not cure Hodgkin’s Lymphoma to the medical system. Best estimates are that if a patient is not cured with initial first line treatment of Hodgkin’s Lymphoma the cost to the system is between half a million to 1 million dollars due to subsequent treatment, stem cell transplant, hospitalization costs, and managing toxicities. One of the goals of this study was to cure more people with Hodgkin’s Lymphoma.

CP: Hodgkin’s Lymphoma is unique because it can harm many younger patients at diagnosis. Do you have any data on infertility on both arms?

JC: We don’t have enough data at this point. We are following pregnancies in both arms. So far on interim the two arms appear similar. We will need longer follow up and more data.

JC: This study is the first successful effort in more than 30 years to improve clinical outcome for first line treatments for patients with advanced Hodgkin’s Lymphoma without escalating toxicities. In the past, we have had other combinations that increased cure rate for Hodgkin’s Lymphoma such as escalated BEACOPP but the toxicity escalated and was unacceptable. This study does have increased toxicity in the Brentuximab such as peripheral neuropathy and febrile neutropenia that is manageable. On the other hand, the Brentuximab arm decreases the highly unpredictable and severe toxicity of Bleomycin.

CP: When do you expect more subset analysis and data from this study to be released.

JC: An update on the ECHELON 1 trial will be released at the International Symposium on Hodgkin’s Lymphoma at Cologne, Germany in October 2018.

CP: Thank you Dr. Connors for the interview.

My last thoughts on this study. This study is not yet a clear cut practice changing study in advanced Hodgkin Lymphoma for me. I have to see more data. After reviewing the NEJM article, the initial subset analysis seems to show clear superiority in the Stage 4 treatment group. Thus, if a patient has Stage IV Hodgkin’s Lymphoma with risk factors for Bleomycin toxicity such as older age, cigarette smoking, or decreased renal function I will use A+AVD. For the other groups, I will await further data to be released. Also, it is important to keep in mind that currently after 2 cycles of ABVD a PET/CT is done to evaluate response. If PET/CT is negative after 2 cycles it is considered a standard of care to drop Bleomycin and complete 4 more cycles with Doxorubicin, Vinblastine, and Dacarbazine. Thus, is there a group of patients that might not even need Brentuximab for all 6 cycles in the A+AVD treatment group? Something to think about.

Ankoor R. Shah, MD and 3 others

Leaving Your Current Job? Here's How To Ensure a Smooth Transition 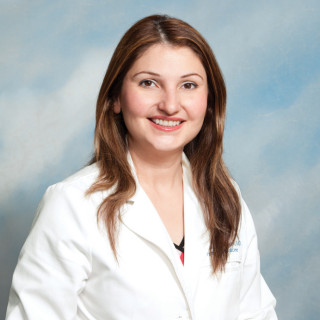 I Pledge to Never Rush Again 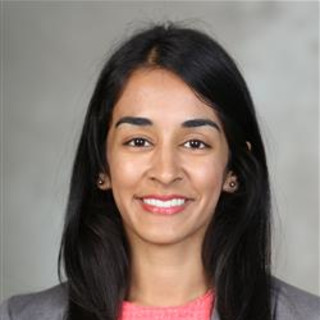 My First Steps in Falling in Love with Surgery