Physician Salaries Not Keeping Pace With Inflation, Delaying Retirement for Many

Concerns over the current economic outlook are driving at least half of physicians to alter their retirement plans, according to a recent Doximity poll. Nearly 40% are delaying retirement and an additional 15% are reducing expenses, based on the responses of over 1,000 physicians. 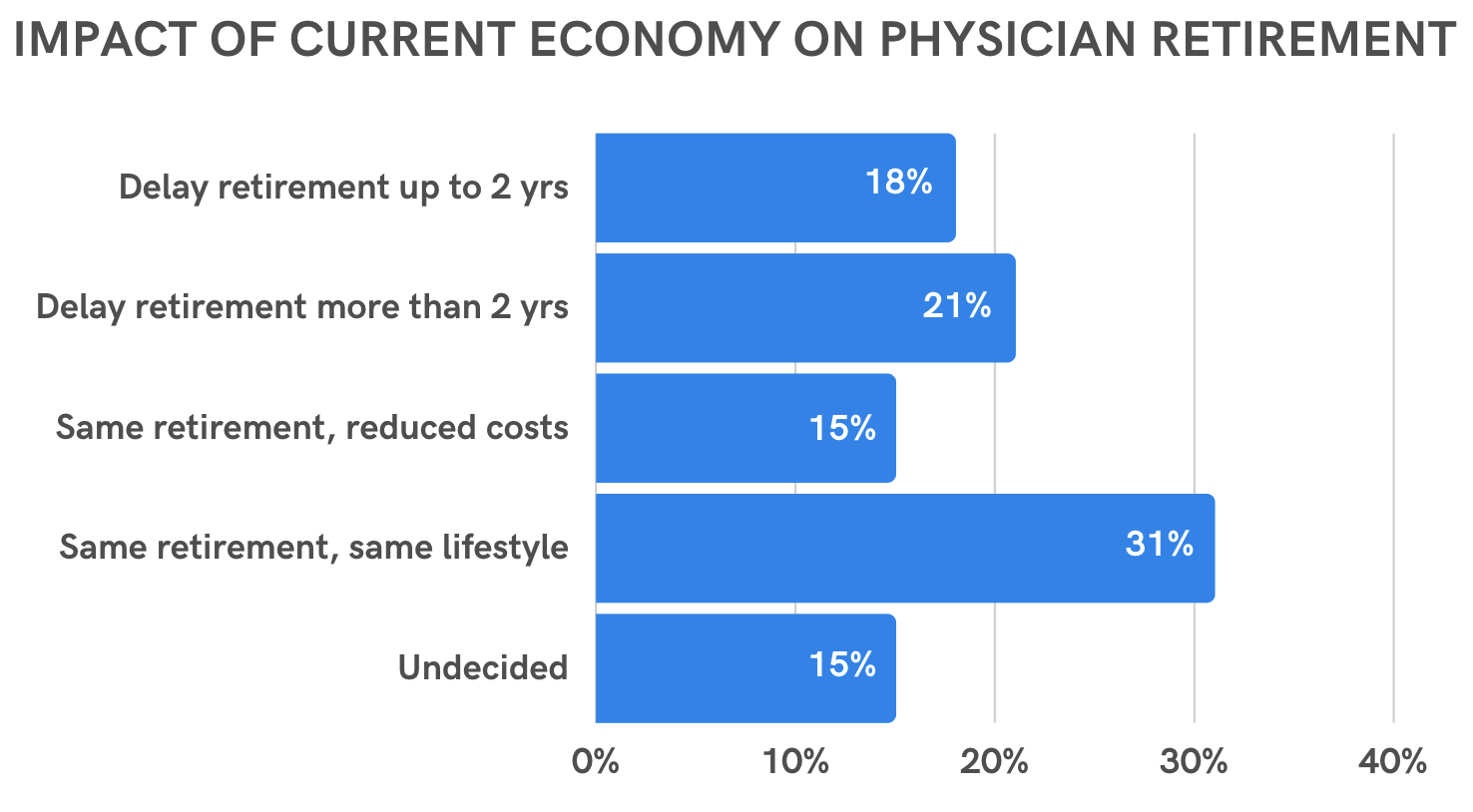 Rising financial pressure, including back-to-back quarters with dips in real U.S. gross domestic product, has spurred debate over whether the nation is on the brink of recession. A survey of the general workforce has shown that a quarter of Americans will need to delay retirement due to high inflation. And reports have indicated that more people, including retirees and people older than 55, are reentering the labor market.

The health care workforce appears to be no exception. Even the relatively high salary of physicians has not been able to shield them from the monthslong upswing in inflation.

A recent analysis spanning more than 160,000 surveys of full-time physicians on the Doximity network showed steady yet modest growth in compensation from 2017 to 2021. Yet wage growth matched average inflation in only half of the medical specialties. 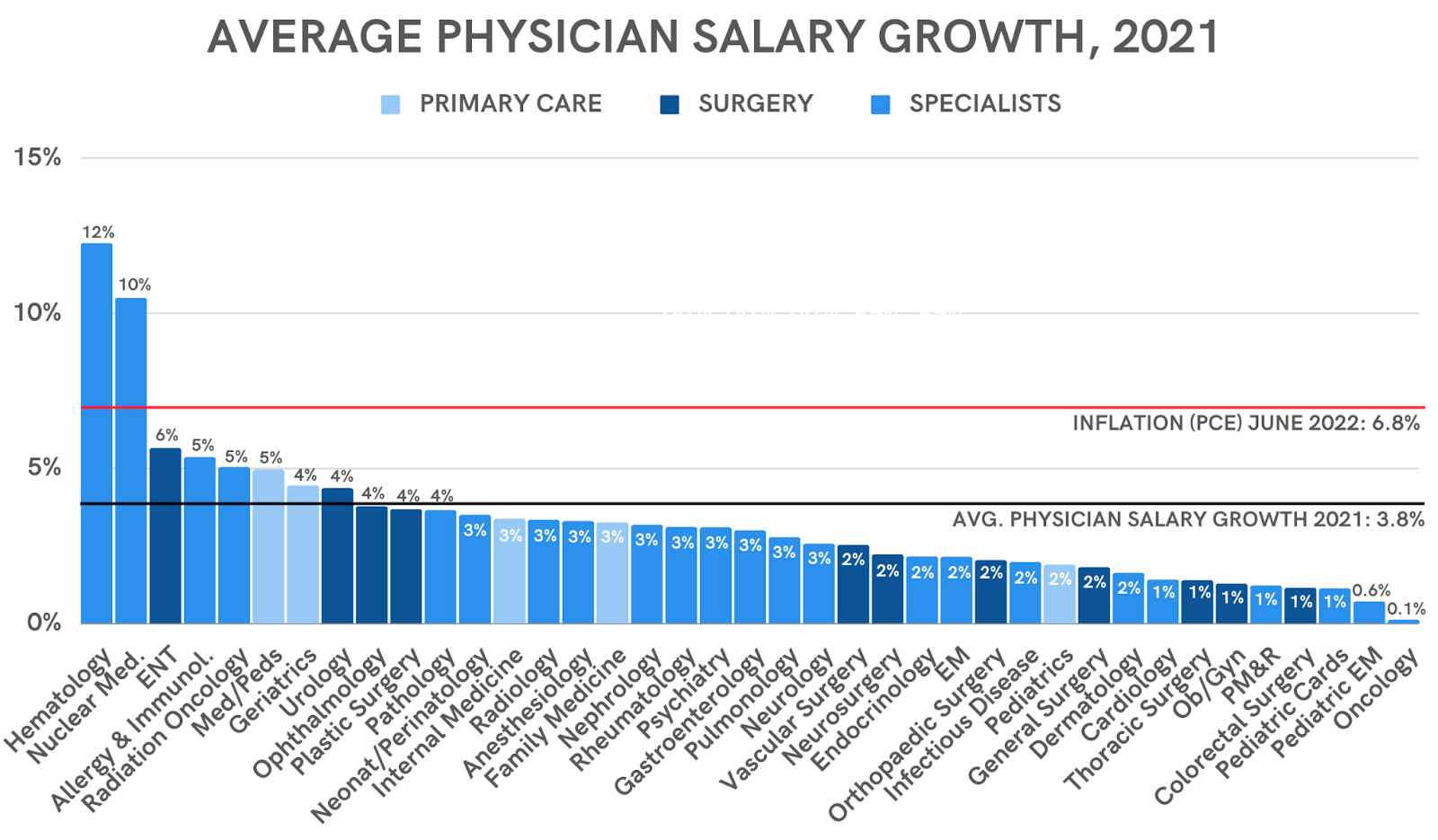 “I’ve never experienced a jump in pay in 30 years,” she said in an interview.

With inflation hitting record highs in 2022, average physician salary growth is likely to fall far short of inflation this year, unless there are substantial increases across the board.

Physicians working in higher cost of living regions such as the Northeast (42%) and West (41%) are slightly more likely to delay retirement than those in the South (40%) and Midwest (34%). And a greater percentage of men (41%) than women (36%) plan on delaying retirement.

Concerns over the economy have set back retirement across a wide range of medical specialties as well. Half of the surgeons in some of the highest paid surgical fields such as plastic surgery (50%), urology (50%), and neurosurgery (42%), as well as a large share of those in primary care fields such as pediatrics (50%) and internal medicine (43%), are reconsidering their retirement plans. 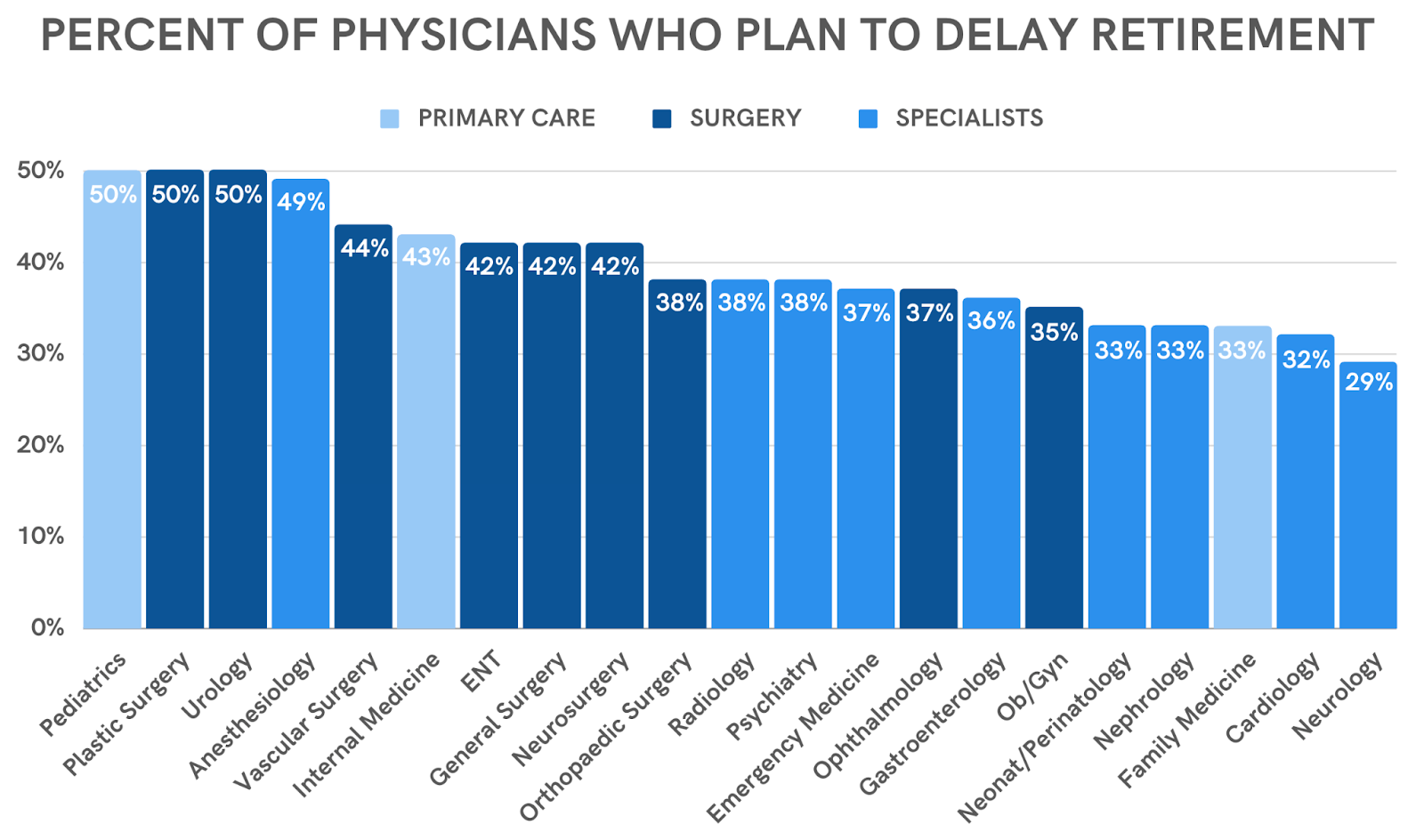 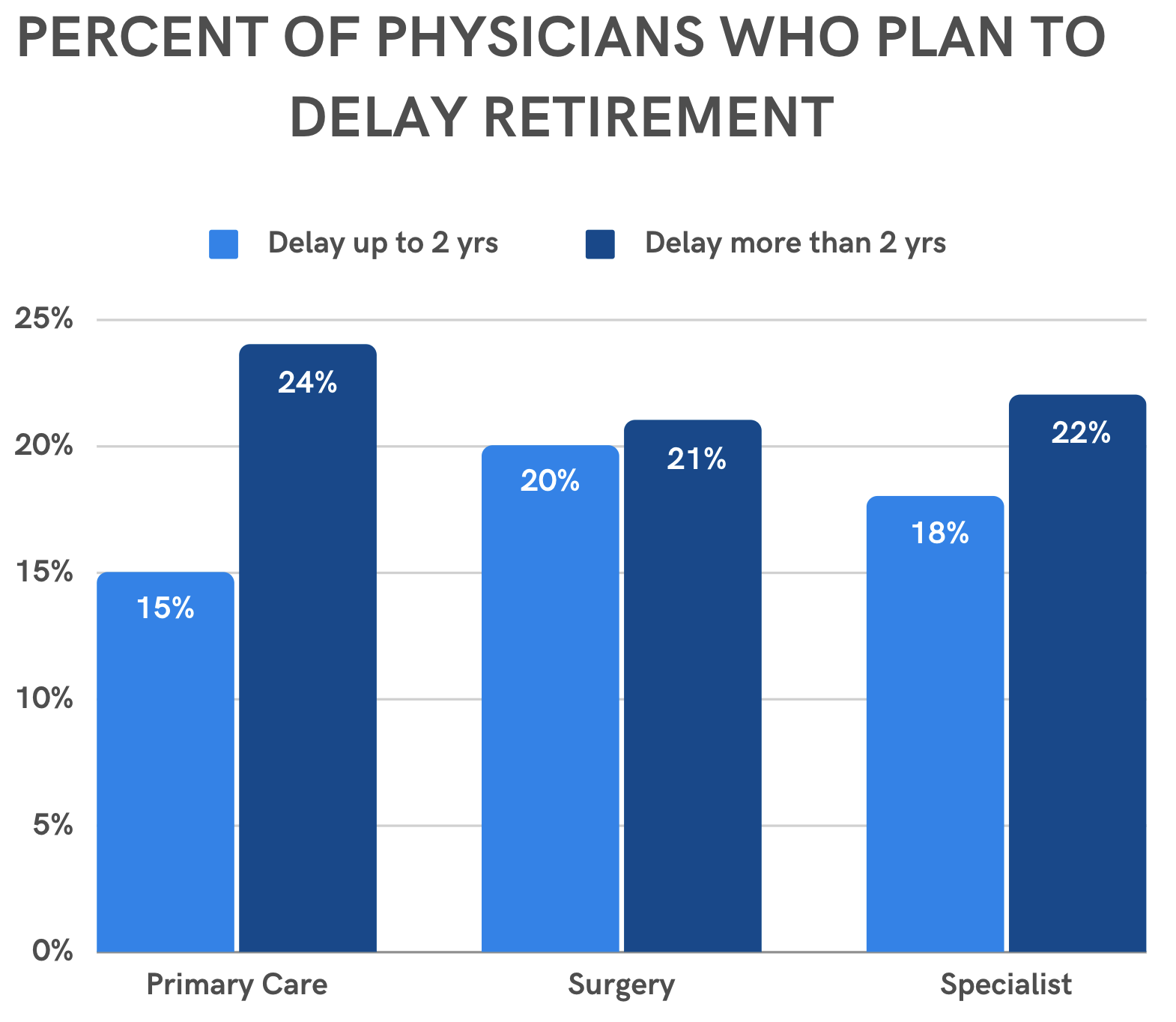 Though not necessarily the primary cause of physician burnout, inadequate compensation adds another layer of frustration to the issue.

However, the high starting point for physician salaries may hinder arguments in favor of increasing compensation. Physician salaries greatly exceed the average U.S. salary ($58,260 in 2021) and remain above that of doctors in other countries.

Still, physicians have suggested that stagnant pay may have long-term consequences, likely heightening unease and increasing the risk of a labor shortage.

For those working in private practice, in particular, the pandemic and recent economic factors have led to incredible inflationary pressure in the maintenance of offices and supply costs, said Dr. Cory Calendine, an orthopaedic surgeon at the Bone and Joint Institute of Tennessee. He noted that there is likely to be a reduction in the physician workforce over time, and that it will be the patients who suffer most.

“To be facing rising costs and then to have the largest governmental payer suggest a reduction in reimbursement is seemingly tone deaf to the physician ecosystem,” he said. “This path is unsustainable and will lead to system collapse if unchecked.”

That point appears to be fast approaching in the case of physicians like Dr. Salerno, who views the current health care system as “fractured” and “geared toward profit.” After years of working at a federally qualified health center, she has decided to resign and open up a small practice to work on her own terms.

“I hope that in the autumn of my life I will rekindle the joy of being a physician in my beloved profession,” she said.