Physical Pain Won’t Kill, but the Medicine to Treat It Can 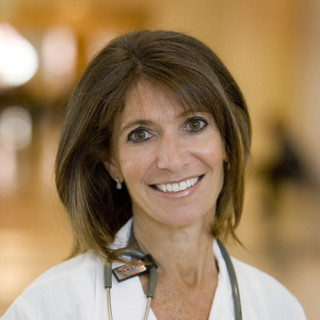 When my nine-year-old had to have two teeth pulled that were blocking the others from coming in straight, I convinced the dentist to avoid sedating her. I believed my kid could handle a tiny shot of Novocain to numb her mouth while being (Gasp! The horror!) wide awake. And she did. While the dental staff looked at me askance, as if I were “evil mother of the year,” unnecessarily exposing my child to pain, I stood firm. Kids are stronger than we give them credit for, and perhaps we adults are making them weaker. As parents, it’s our job to protect our kids from the danger that seems to lurk at every corner. But do our efforts to safeguard them sometimes cross the line, robbing them of the ability to tolerate any physical discomfort? And here we are in the opioid crisis: feel no pain.

As a parent, I’ve seen playgrounds filled with terror-stricken moms and dads rushing to scoop up toddlers as they fall, anticipating their screams of agony. As a doctor, I see parents attempting to shield their children from painful shots and even mildly uncomfortable office procedures — anything that might give their beloveds unease, even when we (and they) know it’s medically necessary.

I grew up in the ‘70’s, when we went to the doctor and got our shots, no questions asked; we went to the dentist and endured teeth cleanings and fillings, no questions asked. There were no built-in TV’s at every exam chair, no cotton-candy-flavored fluoride treatments, and no toys for good (or bad) behavior. I know — cue the millennial eye-rolls, about how tough we were. But it’s true. Granted, some of the safety measures of the ‘70’s were clearly lacking — no bike helmets, and rarely a seat belt. Most of us survived despite living in perpetual danger. But we were also heartier, and now we’re seeing some negative outcomes from being soft on our kids. Some could argue that baby boomers and even Gen-X’rs were raised with a different pain tolerance than our current generation of tots. The notion of a child incurring any bit of physical pain is now unfathomable. Are we raising wimps, with pain thresholds at rock bottom? Today’s coddled kids may be tomorrow’s (or perhaps even today’s) opioid addicts. And while the opioid crisis is considered to be a worldwide epidemic by the WHO, the problem is a local one. The U.S. constitutes just 4% of the world’s population, but 42% of opioid-related deaths are right here at home.

Surgeons are all too familiar with the issue of pain. Up until just a few years ago, we would routinely instruct patients, even parents of infants and young children, to administer narcotics around the clock in the days post-operatively, to “stay ahead of the pain.” A painless surgical recovery meant it was a successful one. And while we’ve all been trained to be wary of narcotic overuse and abuse, especially for patients suffering from chronic pain, we rarely gave the notion of doling out narcotic prescriptions much of a second thought. Now it’s an issue of utmost concern. I and so many of us are extremely selective with prescriptions, and emphasize to patients and families that they are only to be given for extreme pain that prevents one from engaging in basic activities such as eating, drinking, and sleeping. Short of that, they need to tough it out.

Parents don’t want to be the cause of their children’s physical pain. I hate it when my kids are hurt. And believe it or not, I don’t like it when kids are experiencing pain as my patients. It’s hard to watch. When children fall, are ill, or are uncomfortable from shots, surgery, or dental work, I can empathize. But having been a parent for a decade and a half, and surgeon for over two decades, I can safely say one thing: Physical pain won’t kill, but the medicine to treat it can.

As we are trying to dig ourselves out of the worldwide opioid addiction crisis, we recognize that much of this mess stemmed from physicians over-prescribing pain medications to patients — children included. The rapid rise in narcotic prescriptions underwent a fourfold increase between 1999 and 2010 in the United States. This was due, in part, to public health education efforts to train us to treat pain with respect, remove the stigma, and even consider it a “Fifth Vital Sign” (after the big four: heart rate, breathing rate, blood pressure, and body temperature). So, we started prescribing more liberally, with the added goal of not only treating pain, but also preventing it. With this fourfold increase in pain prescriptions came a fourfold increase in opioid-related deaths due to overdoses. Many of these deaths were in children and adolescents who had received prescriptions. Pharmaceutical companies are now being investigated regarding their prior knowledge of the dangers of opioid abuse, even at a time when they were deemed safe and non-addictive.

In my practice, I have seen numerous untoward events from administering even a little too much pain medicine: mild annoyances such as delayed emergence from anesthesia, nausea, vomiting, itching, and constipation, to what we really worry about — airway obstruction, respiratory depression or cardiac arrest. All in the name of feeling no pain. In 2014, a string of deaths following tonsillectomy in previously healthy children quickly led to the discovery that the drug Tylenol with codeine was the culprit. The FDA soon issued a black box warning against using this drug for children following this surgery. Turns out, some people rapidly metabolize codeine to a high dose form of morphine, which, after airway surgery such as tonsillectomy, can lead to airway blockage, respiratory depression, and death.

Nowadays, we give acetaminophen or ibuprofen, and, rarely, tiny bits of narcotics during and after surgeries, especially in children. And there is no music more beautiful to my ears than screaming children in the recovery room, easily soothed by a purple ice pop, a hospital-issued teddy bear, and if they’re lucky, a TV above their bed. While there are some patients who do require lots of pain medication, it’s remarkable how the vast majority of both kids and adults fare just as well with much less medication than we had thought a few years back. And with less pain medicine in one’s system, people feel better overall, with fewer adverse side effects. And in the long run, I bet those short-lived moments of pain make for more resiliency, confidence, and grit. The fear of pain, be it pain of our own or that of our child’s, or that of our patients’, may be more powerful than the fear of illness or surgery. But overcoming that fear may make us all the stronger and safer, now and in the future.

Dr. Nina Shapiro is the author of HYPE: A Doctor’s Guide to Medical Myths, Exaggerated Claims and Bad Advice: How to Tell What’s Real and What’s Not (St. Martin’s 2018). She is a Professor of Head and Neck Surgery at the David Geffen School of Medicine at UCLA and Director of Pediatric Otolaryngology at the Mattel Children’s Hospital UCLA.

This piece originally appeared on PsychologyToday.