The phase III trial involved a multi-center international approach with two studies: HAWK in the United States and HARRIER overseas.

Dr. Arshad Khanani, who presented the trial results at the American Society of Retinal Specialists annual meeting and runs one of the study’s highest enrolling sites, explained that the focus of the study was understanding whether brolucizumab can dry the retina with the same effect as aflibercept.

“The treatment burden for the disease is very high, coming in for injections so often,” Khanani said. “This would allow patients to come in less often.”

“Looking at the data, I am impressed that at every time point — both head-to-head at week 16 and after all treatment at week 48 — patients with brolucizumab were better off than those with aflibercept,” he added.

The positive results align with the molecular structure of brolucizimab, Khanani noted. Because brolucizumab is an antibody fragment much smaller in size than aflibercept, the molar dosing is significantly more potent. The smaller size also results in better uptake and thus improvement in fluid status.

“Based on the molecular structure, what we are seeing in clinical trial makes perfect sense,” he said.

Next steps for brolucizumab, which is made by Novartis, likely include moving towards FDA approval and commercialization, Khanani said. In terms of safety, adverse events from brolucizumab are comparable to those of aflibercept.

The presentation was well-received by the retina community at ASRS, particularly given the strong positive data for a phase III clinical trial.

“We haven’t had a new drug for these patients since 2011 when aflibercept was approved,” Khanani said. “As the population is getting older and our clinics are getting full, having a drug with this durability and efficacy is very promising.”

Read From Behind My Mask
Link to Kiran Gupta, MD's page

From Behind My Mask

Read What Cuba Can Teach Us About Preventive Care 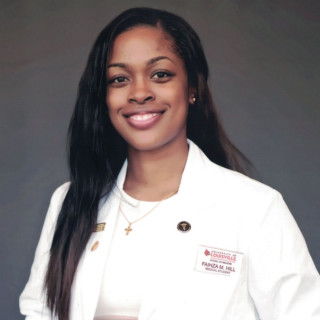 What Cuba Can Teach Us About Preventive Care

Aug 22, 2018 Link to What Cuba Can Teach Us About Preventive Care

Read Love All, No Matter the Prognosis

Love All, No Matter the Prognosis