Paving the Way Towards Healthcare for All

“Of all forms of inequality, injustice in healthcare is the most shocking and inhumane.” — MLK

I am very strongly of the opinion that equal access to quality healthcare should not be regarded as a privilege but rather ought to be viewed as one of the most basic rights afforded to all. Much of the industrialized world agrees with this notion, based on the infrastructure of healthcare in other countries. That’s not to say, however, that healthcare systems in other countries don’t come equipped with numerous flaws.

The implementation of the Affordable Care Act (ACA) was a monumental leap forward in terms of getting Americans access to quality health insurance, but by no stretch of the imagination was it anywhere near perfect. Thanks to the ACA, 91.2% of the US population was insured, but that’s not 100%. We could do better. We should, and hopefully we will.

Also under the ACA, governmental spending on healthcare hit an all-time high — comprising a whopping 18.3% of our gross domestic product in 2013 (more than any other country by about 6%). That 18.3% is equivalent to the entire GDP of Germany.

It would probably be reasonable to assume that if we spent this much money on healthcare then we would have to be at the top of the list of countries with positive health outcomes, right? Wrong. Dead wrong. A couple of the most common measures to assess the health of countries are metrics like life expectancy and infant mortality rate. According to recent World Health Organization data (from 2015, published in 2016), the US ranked 31st in the world for life expectancy. Similarly, we ranked 26th in infant mortality rate, though this CDC data is a little older.

Do you think this is acceptable? I would surely hope not. Shouldn’t the country spending more money than any country in the world also have the best health outcomes? Does 2+2 still equal 4?

We must do better. So, how do we do it? I would argue that it starts with recognizing healthcare as being a basic human right and not a privilege or a luxury.

A recent article in the New England Journal of Medicine, published Dec. 7, highlighted the two current potential paths forward in order to take steps in recognizing healthcare a a basic human right and ensuring it for all Americans.

I’m not yet advocating for either, and certainly not in this post. Not enough is clear about either option to take a strong stance. One thing is becoming more clear, though. By a recently reported 60 to 39 margin, Americans feel that the federal government is responsible to ensure healthcare for all Americans.

That puts us at a fork in the road as it relates to obtaining universal coverage for all Americans.

Road one (Senate bill S.1804 introduced in September by Senator Bernie Sanders) is probably more familiar to most people, as it is undeniably a polarizing policy proposal. Under this piece of legislation, all healthcare would transition over a four-year period to replace all current public and private health insurance programs (aside from veterans healthcare and Indian Health Service) with a government-run system for all. Under this system, private options for healthcare coverage would be nonexistent.

All Americans would be provided with coverage for “essential health benefits” as outlined by the current legislation, the ACA. Longer-term healthcare would be provided through similar avenues as they are now via Medicaid, funded by contributions from both the federal and state governments. Some older folks would still have the option to buy into Medicare throughout the four-year transition period in order to grandfather some folks into the new prospective healthcare system. It’s worth noting that a third of Americans are in favor of the idea, which is a 12% spike in favorability compared to 2014 numbers.

A single-payer system would require a difficult transition wherein over 300 million Americans would be required to give up their current insurance policy. They would be forced to rely on the government to ensure a smooth transition and guarantee their access to quality healthcare, which is a reasonable concern given the shortcomings of the initial ACA rollouts. Additionally, the article notes that funding for this sort of solution would require a tax increase unlike any other. This would require a reliance on employers to take the money not spent on providing healthcare for employees and use it to increase wages, an extremely shaky pole to lean on.

The key pro’s here are two-fold:

Road two is quite a different means to a potentially similar end. It involves expanding and extending the type of coverage that 90% of insured Americans already have (Medicare, Medicaid, and employer-provided privatized insurance).

The idea here would be to expand Medicare to allow persons under 65 to enroll, which could provide the added benefit of lower premiums for younger workers by removing the older (and typically more-costly) folks onto the Medicare plan. This would also result in cheaper premiums for the employer, which could make providing insurance for employees more financially feasible. Additionally, Medicaid would be expanded based on an increase in the income threshold that determines eligibility for enrolling in the program.

Pro’s here include not forcing people off of their current health insurance policy but rather truly expanding policy to make coverage feasible for all. Cons that fall under this sort of concept include the realization that merely expanding current networks will not be conducive to a decrease in healthcare spending. Additionally, it would require lots of coordination and reliance on states. For example, this plan would have to rely on each and every individual state to expand its Medicaid enrollment income eligibility threshold, which varies massively from state to state.

While the path forward is unclear, a few things are clear:

1. We must do better. The US provides the best healthcare in the world for those who have access to it. It’s time that we give access to all Americans, while making sure that the access citizens have remains the best in the world.

2. We must decrease our spending on healthcare. Too much money is being thrown into a raging fire that is the American healthcare system. The greater-than $3 trillion we spend annually on healthcare for the current outcomes we have is a massive problem that must not be overlooked, regardless of which of the two roads we choose towards universal healthcare.

3. We need to get everybody covered. We should not rest until every single American is insured and has access to quality and affordable healthcare.

As written in the article “Moral Choices for Today’s Physician”:

The work of a physician as a healer cannot stop at the door of an office, the threshold of an operating room, or the front gate of a hospital … To try to avoid the political fray through silence is impossible … Either engage, or assist the harm.

Cody is a current MD/MPH dual degree candidate at West Virginia University School of Medicine and the University of Pennsylvania Perelman School of Medicine. He is interested in careers in public health and academic surgery. This post was originally published on his personal

Read App of the Week: Clarius

App of the Week: Clarius 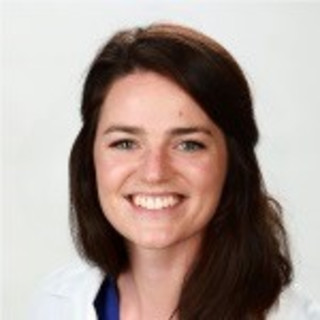 Read Look out for Zebras, or They Can Kill You

Look out for Zebras, or They Can Kill You