Overcoming the Odds to Become a Minority PA 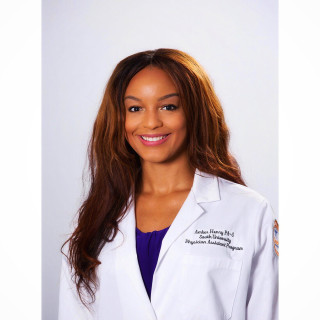 Amber Henry • PA Student
May 22, 2018
Op-Med is a collection of original articles contributed by Doximity members.

Representation —the action of speaking or acting on behalf of someone or the state of being so represented; the description or portrayal of someone or something in a particular way or as being of a certain nature

Since I was a little girl, I knew I wanted to do something in medicine, but I did not have the mentors nor role models to guide me throughout the process. Nobody in my family worked in the medical field, and I did not know any other minority that worked in it, either. Growing up, it was a rarity to see African American healthcare workers, especially physicians, NPs, or PAs. I thought those roles were unattainable because I did not see anyone that favored me or had my skin color. I thought becoming a nurse was the only possible option in healthcare, which I had little interest of pursuing.

During my undergraduate years, I was met with multiple adversities, which caused me to doubt my abilities. I did not know that my biggest adversity would be from a professor whom I respected and held to the highest regard. I was inquiring about information about medical school (at the time I was pre-med) such as application tips, MCAT advice, etc. He skimmed over my transcript, reviewed my other extra-curricular activities and other accolades. After reviewing everything, my professor, who was a Caucasian male, proceeded to say, “Amber, I do not think you are cut out for medicine. I believe that you should pursue something easier as I think you are an average student.” I was shocked by the words that were uttered out of my professor’s mouth. I had an A+ in his class, and my GPA at that time was 3.4. I eventually collected my belongings and left his office. I was distraught about what he said. I had worked so hard to only be told that I was not “good enough.” Would the same situation have happened if it was a minority professor? Would he have been willing to help me if I, too, was Caucasian? I cannot answer those questions, but I do know that I experienced feelings that a myriad of minority medical practitioners have: because we are minorities, we are not worthy of breaking in to the highly regarded medical field.

Growing up, I lived in a predominantly white area and I was often the only black person in my classes. Because I did not come to the conclusion to pursue medicine until later on in my high school career, I was at a disadvantage to my non-minority classmates whom were actively going on college tours and shadowing medical professionals. I did not shadow a physician prior to college, and aside from two surgeries I had during high school, I had never set foot in a hospital. It wasn’t until I worked in a hospital that my knowledge of the medical field expanded. I saw a myriad of different roles throughout the medical field — nurses, respiratory therapists, nurse practitioners, physician assistants, etc. However, there was a distinct pattern amongst these professions; there were very few black doctors, PAs, or NPs.

Several months ago, I was able to volunteer at a back-to-school fair where my program provides screening blood pressure checks. While at the fair, a picture was snapped where I was checking a lady’s blood pressure. The lady was African-American, and in the background, you saw her three young daughters looking at me while I took care of their mom. I have seen this picture a million times, but recently, this photo really made an impact on me. I was that positive young, African-American face representing the medical field, and I was showing these three young babies that there is more out there than being the next Instagram model or reality TV star; just like me, you too can achieve bigger and better things. These three babies saw someone that looked like them making the world a better place.

Having a diverse medical community is also important because it allows minority patients to see someone that looks like them caring for them, and it gives them the trust that they desire. A lot of my family members who grew up in the 1950s and 1960s and even earlier are hesitant to go to seek medical care because at one point, they were not allowed to receive medical care from non-minority healthcare providers. Those memories and that mindset has carried on, and today, a lot of them do not want to seek medical care because “they do not have healthcare providers that look like me.” Yes, this may sound counterintuitive that they do not want to seek help when they are sick, but for them, this was their reality, and a lot of them still have that distrust and fear that they lived through when they were younger. If we had more healthcare providers that favored them, they would be more willing to seek care. This would decrease some of the chronic diseases such as hypertension and diabetes that have plagued the African-American community for so long.

I love that athletes such as Lebron James have stepped up and said that “we don’t need more Lebrons, but we need more scientists.” However, he alone cannot change the lack of representation in the medical profession. WE must change that negative connotation that that is all we can become. To those that are doing something positive, talk about it, spread the wealth to others, because you do not know whose perception you are changing. You do not know who you may be impacting. Prior to PA school, my only goal was to graduate and be done with it. I could care less if I was helping others and expanding my experiences in this phenomenal career, but I now know that it would be an injustice, and selfish of me if I didn’t help others and share my experiences. To those that are scared about what others might say, forget the naysayers and share your journey! The world needs more positivity in it. You do not know who’s watching.

Amber Henry is currently a second year Physician Assistant student in her clinical rotations. This blog was originally posted on WhiteCoatDreams.