On Wanting to Be an Ob/Gyn as a Man 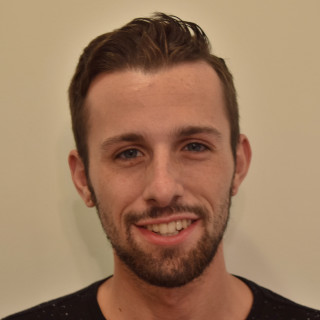 I want to be an Ob/Gyn. I can probably count on one hand the number of people I’ve told that to since starting medical school who didn’t seem at least momentarily surprised or caught off guard by it.

The reason for that surprise isn’t a mystery to me. I’m a man, and in recent years, with women now entering medical training at approximately the same rate as men, the field has certainly become dominated by women. According to the Association of American Medical Colleges (AAMC) 2015 Report on Residents, 85% of obstetrics & gynecology residents were women. This high proportion is an asset to the field for many reasons. A lot of women may be uncomfortable with a male provider for a variety of reasons, and I think it stands to reason that people with first-hand experience with women’s health issues may make better providers to other women.

Given the low rates of men entering this profession in recent years, it doesn’t bother me that many people seem a bit surprised by my choice of future specialty — it’s just not what they’re expecting. And most people, after recovering from that initial moment of surprise, tell me how great and refreshing it is to see a man passionate about women’s health.

But, surprise is not the reaction that I want to address.

I want to talk about a reaction I’ve received — exclusively from men — that I am choosing this career as, in their words, a “smart choice” that allows me “to look at vaginas all day.” That’s when my head explodes. The implication that as a man I would get some kind of sexual satisfaction from providing gynecological care to women is disturbing and offensive for so many reasons. My immediate reaction is to want to point out that I’m gay and not attracted to women, but, on second thought, it’s not a particularly relevant fact. A woman should be able to receive gynecological care from a straight man without the worry that he’s sexualizing the situation just as I would want a man who knows I’m gay to feel comfortable if I were to perform a testicular exam on him. We trust medical professionals with access to our bodies and frequently the most intimate, private areas of our bodies. Men perpetuating the idea that a male gynecologist would go into the field because he “wants to be able to see vaginas all day” erodes that trust.

If I were to confront one of these men about this kind of comment, he might suggest that he was just joking, but it’s really not a laughing matter. The reality of the situation is that there are plenty of reports (and likely many more unreported cases) of male Ob/Gyns sexually assaulting patients. Suggesting that my desire to be an Ob/Gyn is rooted in some kind of desire to take advantage of vulnerable women perpetuates a culture in society that helps to enable that behavior.

I want to live in a world where my motives for wanting to help women as an Ob/Gyn would never be interpreted as sexual in nature. To get to that world, or at least something close to it, we need to fundamentally address the reality of sexual assault in this country, not to mention the underlying issues surrounding gender and sexuality and how men and women fundamentally relate to one another. These certainly aren’t issues any one person can tackle by themself, but I sincerely hope to be a part of the solution.

Brian Goddard is a first year medical student at NYU School of Medicine in New York. He is interested in women’s health, public health, and global health and hopes to become an Ob/Gyn. Outside of classes he does research with the Empower Lab, studying sexual and gender-based violence.