My Patient Died. The Family Still Said 'Thank You' 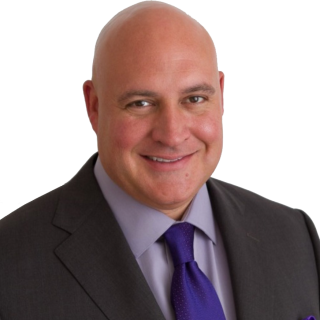 My patient had been a hospital nurse. She said she remembered me from my intern year and was so happy I was her anesthesiologist. I vaguely remembered her from years ago. She joked with me about how "green" I had been. The surgeon said that we would be doing mostly local anesthesia for the procedure. Her kidneys and liver were in “rough shape.” I had just finished saying that to her. We smiled at one another as the surgeon walked off. Now I remembered her more clearly. Even sick and older, she had a killer smile.

She was a pro at receiving surgery; this was her umpteenth procedure from her kidney disease. The surgeon was attempting to relieve blocked circulation and restore flow in her left arm. I gave her baby doses of additional medications. About 45 minutes later we finished. We removed the surgical blue drapes. In less than a minute, we had her moved over to the recovery bed.

I would have normally hooked up all the same anesthesia monitors to her for transport to the post-anesthesia care unit. It had not been a general anesthetic and we were 25 feet from the doors. I put the pulse-ox on. It was about 86–87%. Not great. The oxygen tank on the cart was low, so I got a new one from the back wall of the OR. I thought about placing a mobile EKG and blood pressure cuff. Oddly, I just sort of “felt” it was good to hang out for a few moments with her so we, the room nurse and I, waited for her to be a little more awake to move.

A minute passed. The steady beep of the pulse-ox was rhythmic. One more minute. I recall being utterly calm in this moment. Years later, I still remember this calmness and have spoken about it to my wife (also an anesthesiologist). The room nurse started to speak.

It was sudden. I had already sensed something before the nurse began to speak — something was not right. My hand shot to the patient's jaw. I lifted her chin, opened her airway, and felt for breath on my hand. None. I hurriedly put my stethoscope in my ears and put it on her chest. Nothing. Listened harder. Damn. I grabbed it and flipped the bevel 180 degrees and then tapped on it — the sound exploded in my ears! I placed the stethoscope back to her chest. The nurse said, “Chris, she’s not breathing.”

I looked at the pulse-ox showing a rate of 76 beats per minute, 86–87% saturation. That’s not possible. I spoke, “There is no heartbeat. Get help.”

When you “call” a code blue in the operating rooms, literally everything is right there either in the room or just outside to run the code. Help arrives within seconds. Advanced Cardiac Life Support protocol started. With everything right there, I had her intubated in seconds, with the anesthesia machine breathing for her and CPR initiated. The surgeon burst back in the room and said some choice words followed by, “Stop. Stop everything. She’s a DNR.”

“She changed it. I knew. It was a local case, but a conference with her primary physician … ” He trailed off like he was reading something in the chart. Long pause, then he said quietly, “What happened?” Verbal descriptions followed, with a bunch of paperwork.

I pored through the chart of my dead patient, wondering how I had missed the DNR. The surgeon came up behind me, put a hand on my shoulder, and said, “The family would like to see you.”

My mind was frustrated because I do not make mistakes. My heart was heavy because it hurts to lose a patient, any patient, under any set of circumstances. Nine of them were in the family waiting area. Too many to go into one of the small conference rooms. The woman’s daughter was spitting image of her, just 30 years younger. She approached me. She kept coming and reached out her arms and hugged me. Softly she said, “Thank you for being there with her. Thank you so much,” her voice ended in a whisper. My heart tightened reflexively with confusion and raw emotion.

More family members approached the hug. I was enveloped by just love, is what it was. What I felt. Love. Her daughter said something that made me die a little on the inside. It was: “My mama talked about you 10 years ago. She’d get those young nurses to call you up for little things because you always came up to the floor and cared.” Confusion. Then calm. Her voice clear. My eyes teary.

I recognized her daughter then. She was a nurse in the surgical ICU. She kept speaking softly. “I checked to see who would be in her OR. When I told her, she got so happy it was you. Mama had been seeing angels all day yesterday. Said she was ready. Said she was happy.” She then cried. I cried. I cried harder.

They said “thank you” to me. When it was over, I walked away, stunned down deep to my core beliefs and the human limits of understanding this journey called Life. Although alone, I felt myself being walked away. I entered the elevator. Empty. The doors closed. In that moment, the little protective piece of me that I had built up for years to be strong and impervious and to withstand the rigors of medicine simply died.

That part of me never came back, never built back up. After that case I felt more. More of everything in life. It made me a better physician and perhaps a better man. One year to that day, one year exactly, was my last operative day as an anesthesiologist. My left arm failed, and my left hand stopped working properly. I was forced several months later on to what turned out to be permanent disability.

Whether you believe or not in something more, sometimes the universe shows you things that cannot, will not, nor need to be explained. Something deep within us appreciates and learns from these moments, and even, yes, sometimes, a piece of us dies a little from living life so fully as physicians.

Retired from clinical anesthesiology by a disability in 2010, Dr. Yerington has turned his love of teaching and service to others to his family, colleagues and community. He speaks and educates groups and residency programs about the importance of great disability insurance and work life balance as doctors.

Podcast of the Week: The Skeptics' Guide to the Universe

When Monks’ Chants Fill the ICU: How This Physician Found His Way to Neurology