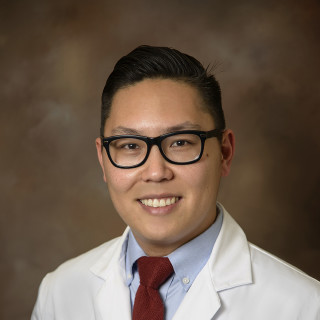 Op-(m)ed ran the “First Stab” contest in November 2017. We are excited to announce this piece as the runner-up.

I was a third-year medical student on trauma call when this message appeared on my pager. As I waited anxiously for what seemed like an eternity, the patient finally appeared on a stretcher straddled by a medic performing CPR. Despite attempts to resuscitate him in the field, they could not secure a good airway amidst all of the bleeding and swelling in his face. We finally intubated him, but his blood pressure continued to decrease. In search of a source of bleeding, a bedside thoracotomy was performed, but his chest was empty. We rushed him to the operating room to perform an exploratory laparotomy. I can still envision my attending meticulously inspecting every inch of bowel and every corner of the abdominal cavity only to find nothing. If he wasn’t bleeding into a major cavity, why was his blood pressure still dropping? CT scan of the head confirmed our suspicion. The pressure from intracranial bleeding was compressing his brain and it was too late for evacuation of the hemorrhage to save him.

Throughout the day I had been texting my friend Zach, another classmate who was also a paraglider. When I saw the page, I messaged him to see if he heard about the accident. After the surgery and CT scan, I texted him again as we wheeled the patient up to the ICU. I remember telling him that I didn’t think the patient was going to make it.

When we arrived upstairs one of the trauma nurses pulled me aside. “Do you know Zach?” she asked. In hindsight, it should have been obvious. Zach never replied to any of my messages. In fact, it was days later when his dad first saw them. That 18-year-old patient was actually a 28-year-old medical student. That patient was my friend Zach.

I was in disbelief. I just saw Zach in the student lounge two days prior and talked to him about how excited he was to take his parents paragliding. Zach was bold, but he was smart, level headed and safe. He even survived an avalanche while he was on ski patrol. The nurse showed me the driver’s license they found in the patient’s belongings confirming everything.

As his family and friends slowly arrived one by one, I could only watch from afar flooded with feelings of sadness, anger, and remorse. He continued to fade despite our attempts to keep him alive so that his parents could fly back to be with him during his last moments. I remember watching the monitors as his heartbeat became slower and slower, until it finally stopped. As the ICU attending slowly walked into the room, turned off the machines and called the time of death, I could not bear to watch anymore and walked away. That was the last time I saw Zach.

4:46 PM on April 13th was the first time I saw a patient die and a good friend pass away. That experience continues to haunt me and my biggest regret is not saying goodbye. Since then, I have participated in other codes and I have also had to call the time of death. At some point, every medical student and resident thinks about what their first code or first patient death experience will be like, even if it is for just a fleeting moment. No matter how many times it happens, you feel awful afterwards and it never gets easier. We take for granted that these patients are strangers with whom we have no ties to, but I realized that day it is important to remember that they could just as easily be a friend or family member and we should remember this when we take care of them. This is the most important lesson Zach taught me and it is one I will never forget as a physician.

Joseph Chao, MD is a dermatology resident at the University of Arizona. Outside of dermatology his professional interests include integrative medicine and cost-effectiveness in medicine. In his spare time, he enjoys cooking, travel, and exploring the world one meal at a time. He has no conflicts of interest.