My First Stab at Medical School It was August 1993 and my first official day of medical school. As I looked at myself in the mirror that morning, I saw countless hours of studying, planning, and worrying circle around me and the question: Can I be a doctor?

I wasn’t sure I was smart enough. The low score on my first MCAT and my initial waitlist letter still jabbed at my heart and self-confidence. The first two weeks of medical school were spent shadowing primary care doctors — that first day, I sat awkwardly in the back office as the nurses and staff bustled around stocking rooms, prepped the lab, and bemoaned the long day ahead. Dr. Smith strode through the back door looking tall and professional in his blue dress shirt and tie. He confidently greeted everyone and told me to throw my stuff in his office and follow him.

Our first patient was a well-dressed woman in her 70s. She greeted me warmly saying, “Honey, you’re too pretty to have to go to medical school.” Ouch. Her well-intentioned but condescending remark left me confused. She and Dr. Smith seemed to know each other well from their easy conversation about her granddaughter starting college. After a few minutes of friendly banter, he reviewed her list of medications and asked how she was feeling. He started her exam by shining a light in her eyes and ears and then handing me the instruments. I pretended I knew how to use them. He felt her neck and then listened to her chest, back, and stomach. Again I mimicked his movements and asked myself, Is that the heart I hear? Actually, where is the heart? How hard do I push on her stomach? He told her, “You’re healthy. Keep taking your meds and follow up in six months.”

From there, we quickly settled into a rhythm of looking at the chart, knocking on the door, talking to the patient, examining the patient, telling them when to come back, and walking out of the room. Between patients, he would tell me about different diseases and medications. He did most of the talking while my thoughts scurried around attempting to understand what he was saying while simultaneously forming intelligent questions. The majority of the time I only came up with “oh, I see” and “how interesting.”

After lunch, our first patient was a 5-year-old girl whose mother brought her to the office after three days of vomiting. The girl lay quietly on her side while her mother gently stroked her hair with an emesis basin by her mouth. Her glassy eyes stared at Dr. Smith with a dazed expression and she whimpered slightly when he pressed on her stomach. Dr. Smith explained she needed IV fluids. We walked out of the room and he ordered the nurse to get his supplies. When we returned, the girl reached for her mother, anticipating that something bad was about to happen.

As Dr. Smith inserted the needle she began crying out like a tornado alarm. It started slowly with a low pitch and over the next few seconds escalated to the point where my ears hurt and I felt a sense of impending doom. My eyes started to water. I looked around to see the reactions of those around me. The nurses were firmly grasping the girl’s arms and leaning over her body ordering her to “stay still.” Dr. Smith was hyper-focused, manipulating the tourniquet and carefully attempting to insert the needle. I wanted to go stand by the mom as she whispered “I’m so sorry” to her daughter. After the fluids were started, we walked out of the room and Dr. Smith turned to me.

“Shoot,” he said, “I should have let you take a stab at it. Kids are the best ones to practice on because they have good veins.” I thought to myself: good veins? The girl’s distress hadn’t seemed to phase him.

At the end of the day, we sat down in his office, across from each other at his desk. He proceeded to “offer me advice.” He talked about long hours in training and high rates of addiction and divorce. He said he hoped it would be easier for my generation because we didn’t have to take as much call or run our own lab tests. He expressed relief that when he trained, there were few females in medicine so covering for them on maternity leave wasn’t necessary. Finally, after two hours, he said it was time for him to get back to his family. I drove home quickly, knowing I was late but excited to tell my boyfriend about my first stab at being a doctor.

He had planned a special dinner to celebrate my first day. When I walked in the door, he was watching television. “Where were you?” he asked.

“Sorry, but Dr. Smith kept me two hours after we finished seeing patients, talking to me about his perspective on medical training. I didn’t know how to interrupt him.”

With a sigh, my boyfriend said, "You could have just told him you had to leave. Anyway, dinner got cold but there are leftovers in the fridge.”

After 18 years practicing pediatrics and 25 years of marriage to the boyfriend mentioned above, it is hard for me to remember that naive young woman who didn’t even know the names of the otoscope and ophthalmoscope.

Today, I forget how shocking it was for a child to be described in terms of her veins. Today, I can stick needles in a baby’s spinal fluid while completely tuning out the cries. I no longer have to ask permission to leave to eat dinner with my family, and the cell phone has done wonders for communicating that I’m going to be late. Yet I haven’t forgotten the stab wounds of powerlessness and insecurity that inevitably accompany medical training. I am thankful the wounds have finally healed.

Catherine DeFoor, MD is originally from Kentucky and has practiced general pediatrics in Northern Kentucky for the last 18 years. She is married to a physician and is the proud mother of three children. 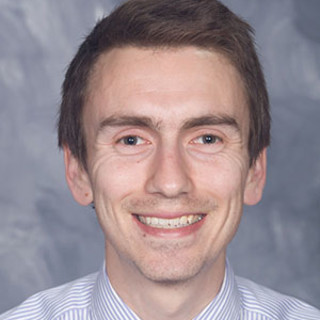 If We Are Able to Diagnose Something in A Low-Tech Fashion, We Should

Time Management as a Clinician 'Mompreneur'