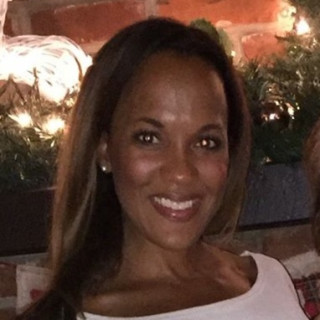 “Where is Saipan,” I typed into Google to search for this little U.S. Territory island in the Western Pacific. I had been told about a need for an ob/gyn there. Next, I inquired to the private physician looking to expand his practice, “Do you really have significant volume to support another doctor?” My vision of island medicine was that there were a smaller number of births due to a limited population. But the island of Saipan has quite a unique situation. The births are coming from an influx of tourists who arrive to deliver American citizens. Honestly, until I arrived, I knew very little about the industry.

Only a small fraction of birth tourism is on Saipan, with about 500 deliveries per year. There are significantly higher volumes in California and Florida. The difference is the visa waiver program that has existed on Saipan since 2009. It allows mainly Chinese, Korean, and Russian tourists to visit for 45 days without a visa. You can deduce that if you arrive late enough in your pregnancy, its enough time to give birth to an American baby due to jus soli, right of the soil.

Birth tourism has been booming in Saipan for the past decade. So when I arrived in late 2016 to work for a private doctor on the island, I was not engaging in anything new. But since I’m well adept to the art of inquiry — sometimes invasively — I asked more questions than ever before: to the patients, the handlers/translators of the patients, and the caretakers of the patients. What I discovered was more than I expected, and I felt like I had to say something. That’s when I became an FBI “informant.” Technically, I was an FBI witness. But the headlines said otherwise. When I returned to the island from working in Bangladesh with the Rohingya in the refugee camps, the headline read: "FBI's Informant Is A Physician". Talk about loss of anonymity, especially on a small island. It was an instant spotlight that I was not prepared for.

The act of delivering in the United States for birthright is not illegal, but it can be encased by a web of manipulation and wrongdoing: false documents, coaching of birth tourists to arrive with misinformation, money laundering, and even human trafficking. I am not here to give an opinion on birthright citizenship. I was there to accomplish the same goal that I would have anywhere in the world — to provide great care of moms and babies.

“Jiāyóu,” to add fuel. “Yong li,” put forth one's strength. These became a part of my regular medical Mandarin vocabulary at deliveries. Using their language to connect quickly gained trust from my tourist patients. They arrived in the last few weeks of pregnancy and to an unknown doctor (except unauthorized advertisement on WeChat and several websites like Hygeniabb) and to a hospital that never provides epidurals. The pain and the unknown is the price they pay for American citizenship.

I didn’t extend my contract after one year and will be leaving in a few weeks, but it was a valuable experience. It opened my eyes to a world that I have taken for granted, hearing stories of the women who accept the risk late in pregnancy to travel to Saipan to deliver. Forced abortions and the potential of being fired from your government job and fined heavily are concepts and real fears in China that I never fathomed as an American citizen. Even though I never expected my name to be released after I reported what I discovered (a clerical mistake, I was told), I’m glad that I did. Our role as physicians goes beyond asking medical questions for the well-being and safety of others. My inquiry and report led to a federal indictment and subsequent plea with a pending prison sentence for a human trafficker involved in birth tourism. They say to leave a place better than when you arrive, and I hope that I accomplished that in Saipan.

Please feel free to ask me any questions of my experience and I want to hear your opinion of birth tourism.