Happy Mother’s Day to all mothers! While you are taking in your brunches, opening your gifts, arranging your flowers, consider how we as a nation really value you. Not so much really. And if you are a black mother, we cherish you even less.

As a nation, we have made great strides in treating all sorts of conditions. Cancer is more and more a treatable and curable disease. HIV/AIDS is considered a chronic condition that is eminently treatable. Vaccines prevent infectious diseases that used to kill young children. Childbirth? We have gone backwards. The number of women dying after childbirth has skyrocketed since 1990.

If we need proof of how we in the US feel about women’s health and welfare, one only needs to look at maternal death statistics. Data from 2016 shows that the US has a rate of maternal deaths that is far higher those of other wealthy countries (see figure below). While other wealthy nations saw decreases in their maternal death rates between 1990 and 2015, the rate in the US increased dramatically. In fact, we are 32nd out of the 36 wealthiest nations. This is astounding and proves that we do not make women’s health a priority.

Many causes of pregnancy-related death in the United States have been identified. The CDC published data that shows that women are getting pregnant at older ages which puts them at higher risk for chronic health conditions such as high blood pressure, diabetes, and chronic heart disease. These conditions put a pregnant woman at risk of pregnancy complications. Between 1987 and 1990, hemorrhage and hypertension were the two most common causes of maternal death. Over time, the proportion of deaths due to heart disease and other medical conditions has increased, whereas the proportion of deaths due to bleeding and high blood pressure has decreased. Incredibly, black women are 3–4 times as likely to die from pregnancy complications than white women. This is because black women are more likely to develop preeclampsia, a pregnancy condition that includes high blood pressure, swelling and, when serious, seizures. Moreover, black women experience poorer outcomes associated with the condition, including progression to eclampsia and in rare cases, death.

While we know the health conditions that are contributing to deaths during or after childbirth, we don’t know enough of the policy, social and economic issues that also play a role. Candidates for contributors to our dismal maternal death rate include poor access to health care, poverty, lack of access to birth control and for black women, racial discrimination.

1. We need to make women’s health a priority.

The federal government, medical societies and other organizations should come together and issue a call to action and make this issue a national priority. The federal government could act by investing more resources into programs that provide better access to care for pregnant women including pregnancy prevention and attention to good nutrition and optimal weight before pregnancy. Why pregnancy prevention? The time interval between one pregnancy and the next may affect the risk of pregnancy complications. Also, women at high risk of pregnancy complications (e.g. older age, obesity, high blood pressure, diabetes) who do not want to get pregnant should have good access to birth control methods. Medical societies such as the American College of Obstetrics and Gynecology should demonstrate leadership in reducing disparities in pregnancy outcomes by addressing provider and institutional implicit biases and discrimination in care. Also, these organizations should support and disseminate promising practices such as prenatal and postnatal care by doulas and other helpers especially for disadvantaged and at-risk women.

2. We need a national strategy to address maternal mortality

The strategy should address all the factors leading to pregnancy complications and maternal death. The US Department of Health and Human Services should make this issue a priority and convene a task force with representatives from across the federal government, states and expert organizations to develop actionable recommendations to reduce pregnancy complications and maternal death. These recommendations should be adopted and supported with resources.

3. We need to research as to the root causes of high pregnancy complications and deaths.

Also, we must invest in research to answer why there are disparities in pregnancy outcomes between white and black women. The NIH webpage on research on women’s health states that the field has “expanded beyond its roots in reproductive health,” but we need a renewed effort in its roots. According to the 2015–2016 NIH Report of the Advisory Committee on Research in Women’s Health, the NIH spent a paltry, when compared to other conditions, $236,581,00 in FY 2016 on pregnancy, pregnancy prevention and maternal health.

Dr. Adirim is a physician executive who still practices medicine as a moonlighting pediatric emergency medicine physician. She is a tweetiatrician who tweets at @TerryAdirimMD. She has no conflicts of interest to report.

Want to be part of the Doximity Authors Program? We are accepting applications through May 23, 2018. 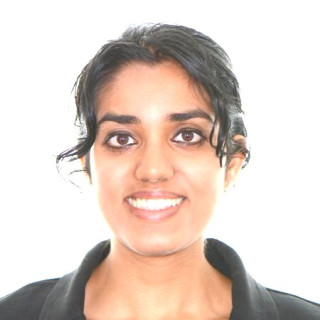 May 2, 2019 Link to Cancer Is Not the Only Illness We Are Waging War Against

Mentorship and Career Development at ASH 2019