“MommyDoc” on Understanding the Greys Between Motherhood and Medicine

Dr. Niran Al-Agba is a pediatrician-mother who writes about her experiences and opinions on her blog, MommyDoc.

As a pediatrician and mother of four, MommyDoc blogger Dr. Niran Al-Agba is constantly balancing the roles of a parent and physician to children.

Following medical school, she joined her father’s “old-fashioned” private practice back in her hometown of Silverdale, Washington. From the start, she began collecting patient anecdotes and personal perspectives in a mental “database” of her pediatric experiences. With the encouragement of her colleagues and family members, she decided to document these stories on an online blog called MommyDoc.

“It started as patient stories — the ones that [were] directly impacted by stuff that I’ve done or seen,” Al-Agba states. “Pretty soon, it got to be more health policy and how that is affecting patients, insurance, and politics, as well as stories about my own life as a mother.”

Since then, her articles have garnered thousands of followers from across the country.

As Al-Agba discusses in many of her pieces, her responsibilities as a mother and pediatrician often coincide, providing her with a more holistic view of her profession. Frequently, her children, ranging from ages four to eight, can be seen performing small errands at the office or holding patients’ hands as they receive shots.

Pediatrics says to keep kids on a schedule. You feed them on a schedule, you have them sleep and bathe on a schedule — it’s a very regimented set of recommendations. And then, when you’re a mom, you realize that’s not gonna work if you’ve had four kids in four years, or a child with special needs or a learning disability. And, you start to see things more in the shades of grey. I believe the ideal way to practice primary care is having an understanding of the shades of grey, while also understanding some of the science behind [pediatric] recommendations. Then, it’s about blending those two to make something that’s palatable or doable for people.

AS: Do you often see yourself as a doctor to your children, or a mother to your patients?

NA: I actually am the doctor to my children, which I am very open about. I’ve taken care of them since they were born; my dad took care of me. Obviously, if there is something that is outside of the scope of what I do for other children, then I won’t do it. It’s a controversial thing, because many people will say that my children aren’t getting a choice. But, they don’t know my children, and it also may change. As they become teenagers, and need to speak to someone that’s not their parents, that’ll be an important change to make. And, I probably shouldn’t be their primary caregiver when they get to be a little older. But, I figured I’ll find my way as I go.

On the flip side, I absolutely am a mother to my patients. Many of my [patients] have identified me as a mother-figure. Part of the job is being able to listen with the ear of a mother — putting on the mother hat as well as the physician hat. Both aspects are important.

AS: What do you see as the role of women physicians?

NA: All I would say is, whether we’re ready for it or not, we are automatically placed in a box of being a role model or a person that is observed closely. As a result of that, we have a responsibility to lead the way and do the best we can; part of that is enjoying ourselves and caring for ourselves and others. Women physicians have an important role, and we’re just on the cusp of starting to realize how important that role is. We have this experience of being mothers, of being friends, of being daughters, and sharing those experiences with other women — letting them know what they’re capable of — that message of empowerment. Not just for medicine, but for science and technology. We have a role in advancing that future.

AS: What advice would you give to other mothers in medicine?

NA: Your children are only young once. I think we forget how important that is. To remember that, be cognisant of the fact that your children are only gonna be four, five, or six for one moment in time. And, if we decide to step back from our clinic or hospital job and work part-time, it doesn’t make us less of a doctor. We can always go back to working full time or being that doctor that we see ourselves becoming. We do not have to sacrifice it. Don’t accept less than the goal we’ve set for ourselves. Don’t compromise because someone tells you to do something. Find something that really fits what you see yourselves doing in your lives as a whole. Don’t sell yourselves short.

AS: How can we help women in medicine achieve a better work/life balance?

NA: I think we need more nontraditional clinical roles for women. It’s easier to find an academic position that has you working 0.6 FTE. What doesn’t exist, in a community or small area, is nontraditional ways for physician-mothers to have time to pump and nurse their children, have time to care for patients, and have time to care for their children. Whether it’s job sharing or working three days a week — just allowing freedom in the schedule. I think if we can find more flexible clinical roles for women, it would be helpful, and it would go a long way towards keeping women physicians in the workforce.

Read A Doctor Warns of Preserving Boundaries in Social Media 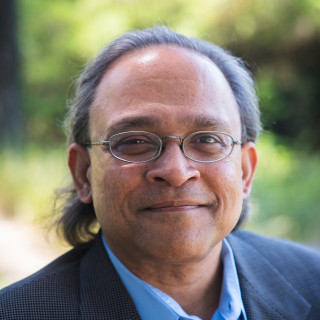 A Doctor Warns of Preserving Boundaries in Social Media

Nov 7, 2017 Link to A Doctor Warns of Preserving Boundaries in Social Media

The Art of Taking a Patient's History 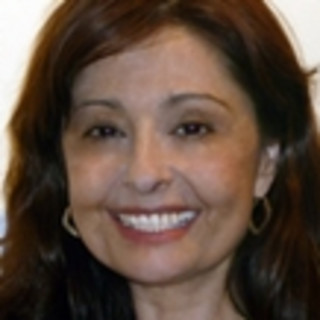