Modern Imaging Can Guide Therapies for the Oligometastatic Prostate Cancer

Prostate cancer remained one of the hottest topics at the annual meeting of the Society of Abdominal Radiology at Scottsdale, AZ this week. Prostate cancer represents the most common visceral malignancy in men and is responsible for about 20.1 deaths per 100,000 men per year. According to the National Cancer Institute, in 2014, an estimated 3,085,209 men were living with prostate cancer in the United States, and approximately 11.6 percent of men will be diagnosed with prostate cancer at some point during their lifetime.

Complete surgical resection (radical prostatectomy) remains the mainstay of treatment and provides a better long-term prognosis for clinically localized disease. Recurrences after radical prostatectomy is not uncommon, and about 40% of cases might present with biochemical recurrence (elevated tumor marker, prostate specific antigen) after surgery. Other treatment options may include androgen (hormone) deprivation therapy, radiotherapy, chemotherapy, and immunotherapy.

It has been proven that cancer cells are genetically unstable and represent a heterogeneous group of cells. These cells are highly variable and act like a mutation factory. Each metastatic cancer cell has its own characteristics, vulnerability, and sensitivity. This heterogeneity and continuous mutation process allows them to acquire more aggressive behavior after certain therapies. This is contrary to the conventional belief that cancer cells are a replica of themselves and represent a homogenous cluster of cells (clonal model of cancer cells).

It is important to understand the concept that metastasis is not synonymous with systemic disease. Metastases could be isolated and small. Smaller foci of recurrence at limited sites are called “Oligometastasis” (o-Mets) because they contain a lower number of cells (oligo = less). o-Mets may appear anytime and anywhere during any therapy. o-Mets discovered after the treatment of prostate cancer are called “evolving o-Mets.” Whereas, the metastasis persisting after systemic therapies of widespread prostate cancer are called “residual o-Mets” (Kwon classification). A lower number of cancer cells in o-Mets contain less variability, less heterogeneity, and less resistance due to the lower probability of mutations and can be amenable to better directed therapy. An aggressive treatment of evolving o-Mets can prevent systemic metastasis and provide an excellent and durable response and can yield curative (rather than palliative) response.

Elevated prostate specific antigen (PSA) levels have been classically linked with biochemical recurrence and may force a clinician to evaluate for recurrence or metastasis. It may take several months before metastasis is identified after PSA failure/biochemical recurrence due to the preponderance of undetectable isolated (solitary) or oligometastatic disease. With the advent of newer therapies, it has been shown that recurrence may occur even when PSA is low or undetectable (or almost zero). Detection and treatment of metastatic disease at such an early stage (o-Mets) can have a significant impact on patient survival and curative rates. On the other hand, PSA may sometimes rise without obvious metastases, which is an artifact (M0 disease), and may lead to unnecessary repeated tests, waste of money and resources, and cause the patient needless anxiety.

Exclusive data shared by internationally renowned multidisciplinary experts (including urologists, surgeons, and radiologists) at the annual meeting reinforced the pivotal role of imaging in the detection and management of o-Mets. Extensive data suggested that the combination of 11C-Choline Positron Emission Tomography (PET) and multipara-metric Magnetic Resonance Imaging (mp-MRI) successfully identifies o-Mets and pattern of recurrence after post-operative, radiotherapy, and/or androgen deprivation therapy at a median PSA level of less than 4ng/ml.

Renowned urologist and researcher from Mayo Clinic (Rochester, MN), Eugene Kwon, MD shared his novel and innovative work at the meeting, asserting that “Treating oligometastatic disease is an imperative in prostate cancer, an opportunity to cure.” In his opinion, “Imaging isn’t everything, it’s the only thing” in prostate cancer management. He concluded that improvements in advanced imaging techniques have revolutionized understanding of prostate cancer, facilitated earlier and more definitive treatment of relapsing cancer, fostered more rational and optimal use of current therapies, and empowered patients to take a role in their own care.

Acknowledgment: I would like to show my gratitude to Dr. Raymond B Dyer, MD, Professor of Radiology, Wake Forest University and Baptist Health, Winston-Salem, NC for sharing his inputs and meeting update.

Who Is on My Team? A Strategy to Achieve in Medicine

What Will the New USMLE Step 1 Score Report Mean for IMGs? 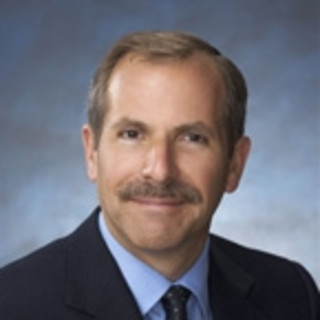 What Is the Point … of Care? 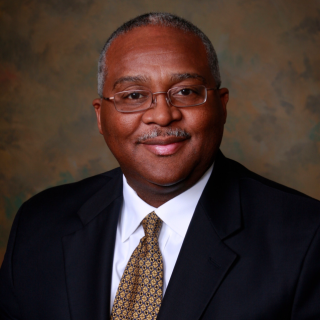