Medicine Without Fear—What Are We So Afraid Of? 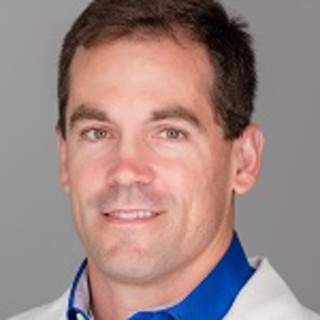 I practice in a specialty that is often associated with a high level of risk. Many venues in which we, as anesthesiologists, consult involve the treatment of life-threatening conditions associated with high morbidity and mortality rates. Granted, many relatively low risk anesthetic venues, such as elective cosmetic surgery centers, gastrointestinal endoscopy centers, etc. exist, but anesthetic consultation services for venues (such as level one trauma centers) carry an inherently higher level of professional risk, and the certainty that you will be put in harm’s way.

I have been an anesthesiologist in independent practice for over 10 years. In that time, I have observed one singular characteristic that inhibits most providers I know, myself included. Franklin D. Roosevelt said it is “the only thing we have to fear,” and H. P. Lovecraft called it the “oldest and strongest emotion of mankind.” That’s right, it’s fear.

Each day at work, my colleagues and I discuss our decisions involving complex cases, our struggles with difficult patients, and/or our reluctance to administer an anesthetic or perform a difficult procedure. There is a component of fear to almost every decision we make. Sometimes, it simply lingers in the background, but at other times, it is be the predominant factor driving our decisions.

Is fear a good thing? Can fear be helpful? What about the good in fear, like, “the fear of the Lord is the beginning of wisdom” (Pr 9:10) or the adage, “fear keeps you alive”? Those who practice crippled with fear will claim that it prevents them from hurting patients, and is in alignment with the “do no harm” mantra. Perhaps some providers’ fear is protective. Perhaps it prevents them from practicing beyond their limitations.

Jimmy Johnson has been credited with the football truism, “speed kills.” I submit that in the world of anesthesia, and arguably in all of medicine, fear kills. Fear is especially heinous in medicine because it not only prevents physicians from achieving their best, but prevents patients from receiving the best care available. Further, fear is contagious. Once fear is perceived by a patient, it may be extremely difficult to undo its effects and regain trust and confidence. One of the duties of any physician is to attempt to alleviate patients’ uneasiness. Most patients present to the preoperative holding area with at least some apprehension, and it is incumbent on the anesthesiologist to exude confidence that will help assuage patient fear and anxiety.

As physicians, any treatment or procedure that we prescribe or perform carries an inherent risk, and is viewed in the context of risk versus benefit to the patient. For a procedure to be viable, the procedural risk must be offset by the potential benefit to the patient. For instance, the small risk of pneumothorax associated with a supraclavicular approach to nerve block of the brachial plexus may be justified by the potential benefit of complete pain control in a patient undergoing elbow surgery. Very rarely would a regional anesthetic technique be considered necessary for a surgical procedure to proceed, and in spite of helping to achieve radically improved patient outcomes, regional anesthetic techniques are viewed by many anesthesiologists as scary and too risky to perform.

What about medical-legal issues, legal liability, and the question of meaningful tort reform? According to a CBS article from March 2017, the rate of paid medical malpractice claims declined by 56 percent between 1992 and 2014. The significance of this trend can be interpreted in many ways, but I would find it difficult to argue that physicians are being stifled by an overly litigious culture and exceedingly high malpractice claim settlements and awards.

To use what a January 2012 Forbes article called “the most annoying, pretentious and useless business jargon,” I think we need to embrace a paradigm that is focused on patient outcomes and treatment interventions. What about adopting a new oath that focuses on doing our best to heal, rather than on avoiding harm?

The best practitioners in my field all practice without fear. Have they hurt people? Yes. Have they made mistakes? Yes—but they have given their patients the best chance of success and given them the highest level of care possible. Additionally, they do not withhold potentially helpful treatments or techniques because of fear or inexperience.

It’s worth asking: What is holding us back? What are we afraid of? What issues do we confront in our specialty? Is our career goal not to wind up in court, or not to hurt anyone? Is the mark of a successful career in medicine never being sued, or never causing harm? If so, I challenge you to check yourself. I encourage anyone reading this, and myself, to take the necessary steps—whether it be education, practice, labs, seminars, etc.—to confront and overcome fear.

We cannot let fear keep us from providing the highest level of available care to our patients. As physicians, we don’t typically apply the word “courage” to our profession, but I am inspired by the words of Lieutenant John B. Putnam, Jr. He said: “Courage is not the lack of fear, but the willingness to face it.”

Dr. Evans is an anesthesiologist in Florida. He finished his training at UCLA Medical Center in Los Angeles, and has been practicing for over 10 years.

Read HIPAA: A Right for All?

HIPAA: A Right for All?

Read Beyond the Ordinary with Every Patient 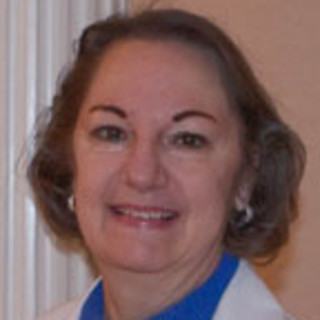 Jun 27, 2018 Link to Beyond the Ordinary with Every Patient