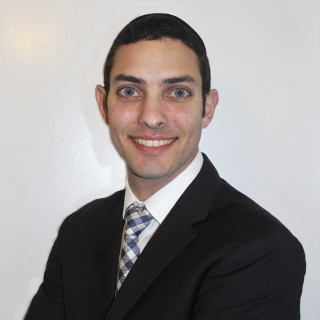 I could see the excitement on my six-year-old daughter’s face as we pulled into the parking lot and unloaded her new bike from the car. She had been anxiously awaiting this moment for several weeks — she was going to learn to ride a bicycle. She watched with increasing interest as I unscrewed the training wheels, tightened her handlebars, and handed her, her bike. She got on her new bike and with me holding onto the back of the seat, started to pedal. “Let go, Daddy” I heard her say. She was ready to be “big”, and “big girls” don’t need help riding their bike. “Try to balance first” I told her… “and then it’s all yours”.

After practicing for a few minutes, I thought she was ready to go solo and I let go of the seat. Within seconds, she had fallen. She was clearly disappointed but nevertheless determined to try again. This was going to be harder than she thought. She once again mounted her bike, but this time she was not quite so sure she wanted me to let go. When I did let go, she would stay upright for a few seconds, travel half a parking space, and fall. Sometimes I caught her in time, sometimes not.

Despite the bruises on her little legs and the scrapes on her little knees, she was not to be deterred. She had a mission and that was to learn to ride a bike like a grown-up because she was big. Training wheels were not for big girls.

After a half hour of accumulating more bruises and scrapes with a new bike that didn’t look so new anymore, she began to get the hang of it. She started pedaling faster and halfway across the parking lot I let go. She frequently wavered but regained her balance each time. All the while she kept peddling and made her way to the others side of the parking lot and then she crashed into a curb. She got up slowly from under her bike which had fallen on top of her, and held her bleeding knee, as she prepared to break down in tears.

I watched her look up and see me cheering as I stood halfway across the parking lot. Realization of what she had accomplished, of how far she had traveled, dawned on her face and her tears of frustration immediately turned to a smile of accomplishment. Her knee didn’t hurt so badly and her confidence was soaring; she was ready to go again. A short while later she was cruising around the parking lot in a victory lap with a big smile on her face. She had accomplished her goal; she had learned to bike ride without training wheels and without my help. She was “big”.

Watching my daughter’s journey, and progression from confidence to frustration and back to excitement again, made me think about my own path to where I am today.

When I made the decision to become a physician, I approached my first chemistry class with excitement and anticipation. I was ready to learn what I needed to learn to be a doctor. However, the class was difficult as we covered topics I hadn’t studied in years. For all my hard work, I nearly failed my first test. My frustration was acute, and I began to question my decision to become a physician — maybe this wasn’t such a good idea after all.

Fortunately, my persistence paid off and after a while, things started going well. I finished my premed post-bac, did OK on my MCAT, and got into medical school. I finished the first two years of school and took the USMLE step 1. Now I was ready to really be that doctor that I had dreamed about becoming 5 years earlier. Excitedly I awoke early for surgery rotation, donned my white coat, and walked through the front doors of the hospital with my stethoscope dangling around my neck, just the way the doctors wear it.

I met my first patient and took a history, making sure to get all the information that I thought was pertinent. I returned to my team, ready to present my patient. Half way through my first sentence I was interrupted. “Who cares?”… “Get to the point, we’re running out of time” — reprimanded my attending!

I looked over at my resident, confused, and he nodded his head that I should continue. I presented what I thought was most concerning about the patient’s situation. With eyes rolling, the attendant shut me down again. I was totally flustered and disappointed. This is not how I expected my third year to go. An hour later I was scheduled for a case in the OR with the same attending. I was determined to show that I was capable and made sure to pay close attention to the entire case. After an hour, the surgeon made an adjustment to some of the equipment he was using, and I inquired as to what the reason for this adjustment was. “What do you think?” I gave my answer for what I was thinking about and received, what I was to later understand as a compliment: “At least you’re using your brain a little now.”

Throughout the remainder of my third year there were many ups and downs. Many times, I felt like I was falling short of my goals. If my presentation was a little off or if I missed something important about a patient, my day was ruined. If I couldn’t answer the questions directed at me by my attending, I was crushed. If I showed up a minute or two late and disapproving glances were directed towards me, I worried, for the next few weeks, that “this was going to show up on my final evaluation”.

Third year is tough: your grade, your residency, and your very future may hinge on small things that you previously thought were insignificant. You are always trying to be involved and be a team player, while at the same time avoid stepping on anyone’s toes. At times you are expected to be more involved in a case and at times less involved. Sometimes it will be clear what they want and sometimes you will receive opposite instructions, from two or more individuals, regarding the same case. You always want to know the most about your patient, however you are not always told when things change about your patient’s situation or disposition. If you get lucky, you may come across this information the next morning when chart checking, but at other times you may not be so lucky. Instead, you may be the only one who doesn’t know this vital piece of information about your patient.

Third year can be stressful and frustrating. It can even lead to apathy born of feelings of futility or inadequacy. But it doesn’t have to…

After watching my daughter’s experience, and her progression from excitement to frustration and back to excitement, I realized that my journey, and the journey of many of my peers, is very similar to hers. If we take the time to appreciate our accomplishments, we may come to see the good in every difficult situation. We have finished pre-med and taken the MCAT. We have gotten into medical school. We are able to diagnose patients and give accurate and appropriate treatment plans. We are close to finally becoming an MD. We have traveled a great distance and have so much of which we can be proud. If we only take a moment to look back at the obstacles we’ve overcome and the mountains we have climbed, our “scraped knees” become insignificant.

A mentor once told me of a saying: “A wise person will fall seven times and seven times he will get up”. He explained that this does not simply mean that a wise person gets up whenever he falls. Rather it means that their repeated falls and failures is the very mechanism that leads to acquisition of wisdom and growth.