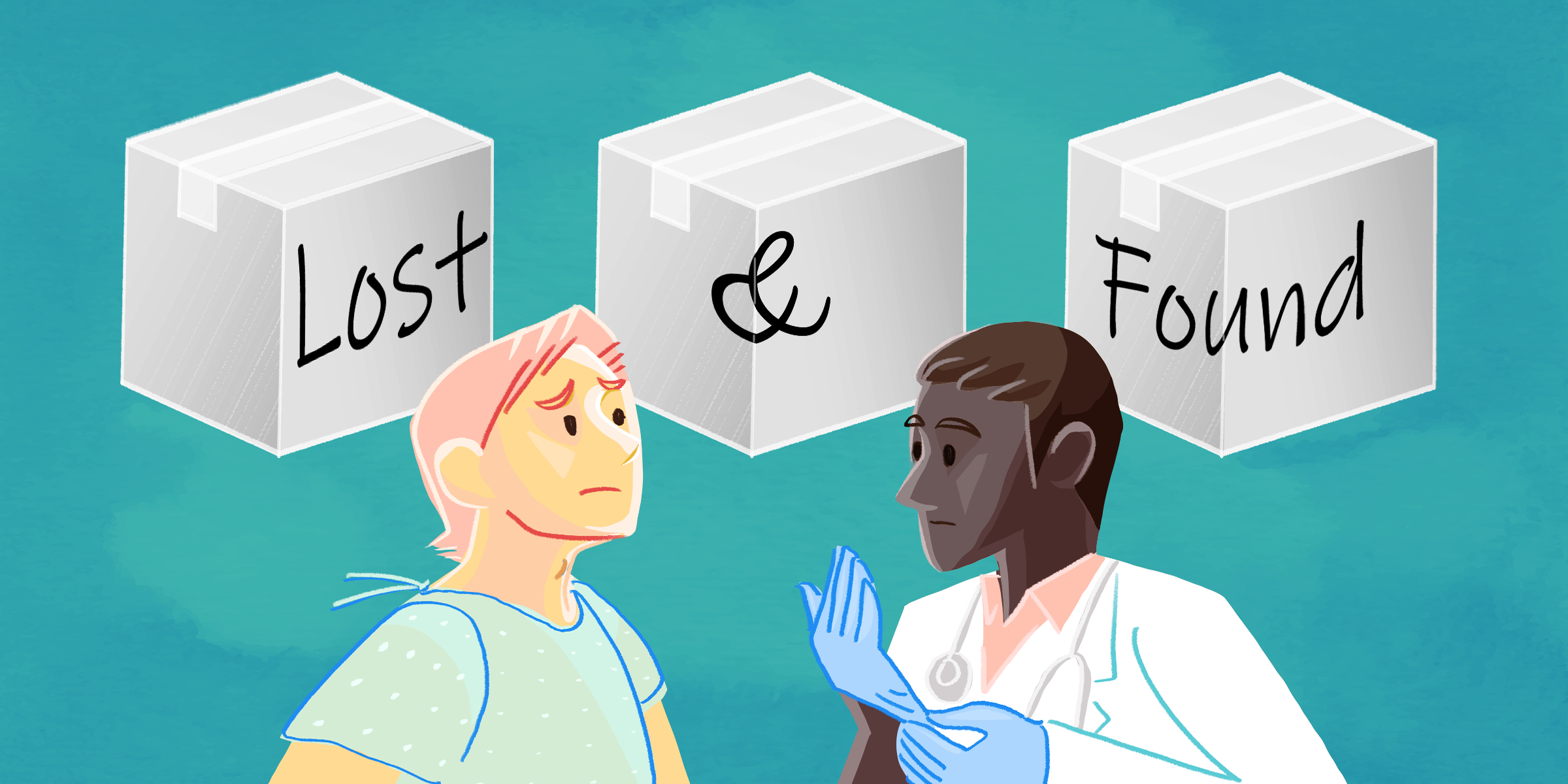 ﻿Unexpected discoveries in patient bodies are not unusual for many clinicians. A common question following such a discovery might be: how did this object enter your body? According to an anesthesiologist, quoting a patient, “[It’s] just a bad habit, I guess.”

Doximity recently asked its members to share their experiences of the most memorable foreign objects they extracted from patients. This engaging question generated more than 200 comments — and Doximity members seemed to enjoy hearing their colleagues’ stories. “How does one not like this,” stated one family medicine physician; a gastroenterologist declared, “these are all so great.”

Clinicians’ finds ran the gamut, but most could be placed into three broad categories: (1) organic material, (2) household items, and (3) miscellaneous objects. As an anesthesiologist put it, “[it’s] just a snapshot of our sometimes crazy world.” 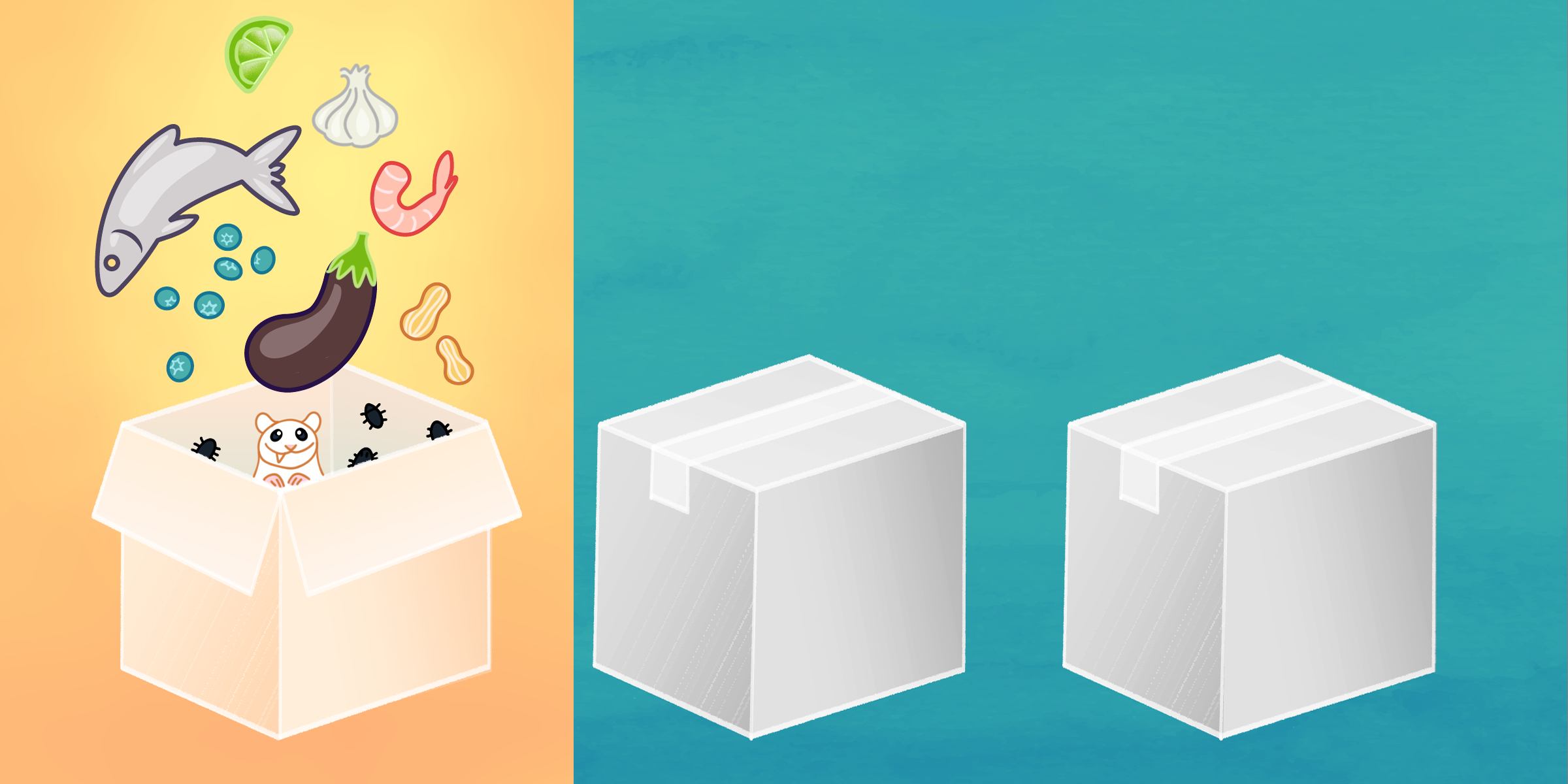 Ob/gyns have had occasion to remove numerous foreign objects from the vaginal canal — fruits, condiments, and sea creatures to name a few. “[The lime was] really wedged in there,” one ob/gyn said. Another ob/gyn had a patient present with a “clove of garlic [in] her [vagina] because ‘you know garlic is good for preventing infections.’ My response, ‘I think that only applies if you eat it!’” Yet another ob/gyn found, “a frozen whole fish inserted head first. It thawed and the dorsal fins lodged in place.”

Many objects also make their way to the nose, especially in children. An otolaryngologist reported treating a 3-year-old in the ED “in August with foul-smelling unilateral rhinorrhea ‘since Easter.’” An exam revealed “pus [and a] possible red plastic foreign body in distal nasal cavity.” The patient was sent to the OR and the surgeon “removed an intact, necrotic 3.5” shrimp.” Similarly, a pediatrician removed another food item: “a two-week-old blueberry from a three-year-old’s nose. The smell was so horrible the mother was vomiting during the visit.”

Many other clinicians reported removing objects from the rectum, including butternut squash, vidalia onions, and other vegetables. A urologist removed an eggplant from a rectum and described the experience: “My chief resident put the patient on garlic pills TID on the discharge paperwork. Something about ‘nothing goes better with eggplant’ was what he said.”

Organic material was a common offender in clinicians’ stories, removed from many different parts of the body. A nurse practitioner removed a peanut that was coughed out of an ET tube, which “came back from the lab as ‘vegetable matter.’” An ob/gyn found a “cockroach LIVE in [an] ear waving antennae at me; [I] flushed [it] out with saline.” One orthopedic surgeon removed a “hamster tooth from a finger. Broke off after the rodent angrily bit its owner.” He was even able to find the appropriate billing code: ICD10 W53.81XA.

A urologist seemed to have seen it all, commenting, “too many stories but here is one: Maggots from a necrotic scrotum. A poor alcoholic living on the street was not exactly thriving. His genitals were completely black and smelled like a sewer. The nurse splashed betadine prep and then froze as small maggots squirmed from the recesses up to the light.”

Many of the comments we received involved household beauty products, indicating that patients are trying to make themselves beautiful on the side. An anesthesiologist shared that he’d removed a comb from a patient’s throat. “A large, 8-inch-long hair comb, with the end stuck in the hypopharynx. As an anesthesiologist, I have assisted in the removal of many things, but in this case, I did it myself. I was called for intubation, and after topicalization upon opening the airway, I realized that it will be impossible to intubate. So I took a McGill forceps and very gently removed the comb.”

An ob/gyn described removing a “fingernail polish bottle from vagina. It was NOT easy to extract! I saw her as an emergency in my office on a weekend day without any assistance, anesthesia, etc.” Another ob/gyn had a patient who had a “brand new bar of Irish Spring soap jammed into the vagina. Removed with obstetrical forceps, foaming bubbles upon removal.”

Occasionally, patients tried to cover up how an object entered their body. An emergency medicine physician had a patient with a “large Banana-Boat container of sunscreen delivered via the rectum in the lithotomy position. He ‘fell onto it while trying to put on a sock while standing, having lost his balance.’ Of course.” A gastroenterologist had a patient with a “full-sized toothbrush [in] the stomach. [It] was very difficult to get through the posterior oropharynx due to its length. Not sure how she ‘accidentally’ swallowed it.” Another gastroenterologist shared a story of a patient who seemingly performed magic — “a patient [told] me he swallowed a quarter and I removed two dimes and a nickel.”

Some of members’ comments included funny dialogue from the patient or medical team. A urologist had a male patient with a “birthday candle in [his] bladder. Anesthesia asked, ‘Is it lit?’” A gastroenterologist had a patient with “two large cooking spoons overlapped and face down in the rectum. [The] patient asked his wife, ‘is that the spoon we use for the spaghetti?’"

Another ob/gyn was “called to [the] ED to examine a patient with ‘vaginal discomfort.’ [I] placed a speculum — as the blades spread, the words ‘GE 60 watt Soft White’ came into view. The challenge was removing the bulb without breaking it. I did, with the help of [a] feeding tube and a couple of injections of [a] 50cc syringe filled with cooking oil (from the hospital kitchen). The kicker [was] that the bulb still worked after I screwed it into a gooseneck lamp. It was an ‘illuminating experience!’”

Jewelry was also a common household item warranting extraction. An ob/gyn “removed a ring with a green gemstone from a vagina, [and the] patient [commented], ‘that's what happened to that ring.’” A urologist shared, “my most memorable object was the removal was a string of pearls from a young adult male’s urinary bladder at cystoscopy. The patient presented with a history of gross hematuria and dysuria of 24-48 hours duration which at KUB revealed a foreign body in this bladder. Cystoscopic removal of a string of fake pearls and a postoperative course of prophylactic antibiotics solved his problem. The event was preceded by an embarrassing confession of a rather interesting party. Alcohol consumption was involved.”

One ob/gyn had a patient present with “a ringing travel alarm in the vagina;” another had a patient whose “chief complaint [was] vaginal discharge. The speculum exam showed the top of a 5-speed gear shift knob.” An otolaryngologist also had an experience with a gear shift. “A 9-gear shifter broke off from [a] steering column buried in [the] patient’s neck after [a] MVA. [The] patient walked into [the] ER with a neck wound. The metal had threaded the needle between the carotid and jugular and the top settled at the skull base.”

An ob/gyn shared an experience of when he “helped a general surgeon with an exploratory laparotomy on a patient who had been riding a stationary bike when the seat broke. She was impaled by the seat post which perforated her buttocks. The plastic top of the seat was near the origin of the superior mesenteric artery. It had missed all vital structures to get there.”

An EM physician had a patient who “came to my ER about 25 years ago with the complaint of a tender mass on his lateral chest. It felt like a superficial FB, so I removed it: a small lead bullet. He had received it fighting against the Japanese in WWII.”

A physician assistant reported removing “half dozen or so craft size hot glue sticks from the bladder. [The patient] used them as a strut of sorts. He couldn’t remove the last one he used.”

A neurosurgeon removed “a large curved chunk of old beer bottle glass overgrown with bone and embedded in the left frontal bone flap of a young man undergoing emergency craniotomy for traumatic subdural hematoma sustained in a bar fight (assault weapon the second time around unknown).”

A urologist extracted a “bag of cocaine in [a] man’s urethra [that had been left there for] a year. [It was] about an inch in size. [The patient] palmed it while being handcuffed by police. Needed to hide it in the only orifice accessible by his restrained hands to avoid being caught in possession. He figured it would have been dissolved by his body’s own natural juices, it hadn’t.”

These stories are just the tip of the foreign-body iceberg! “[These stories are] absolutely hilarious. Patients never cease to surprise me,” commented an orthopedic surgeon.

Do you have a story about removing something unexpected from a patient? Share with us in the comments!