Listening To What The Patient Doesn't Say 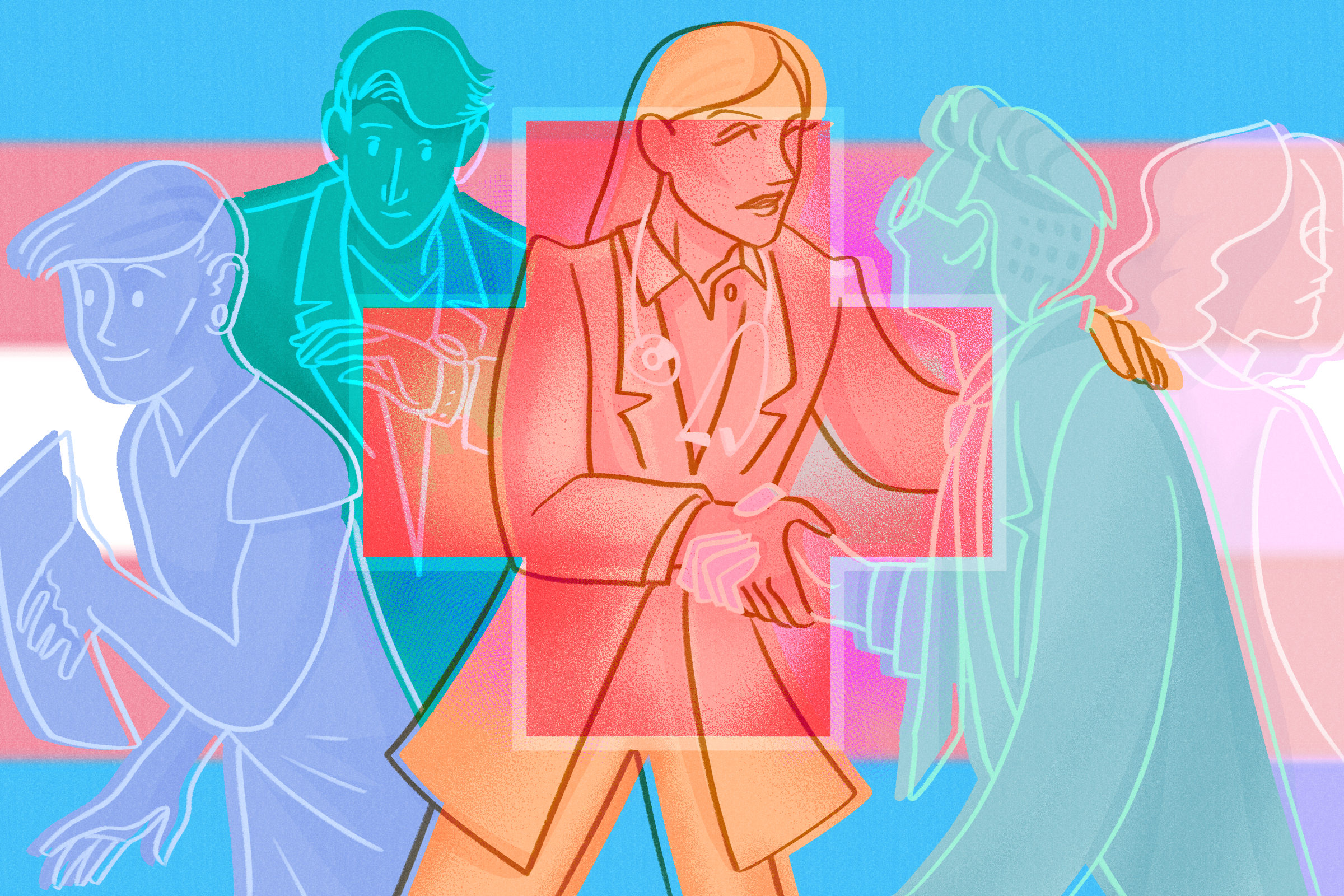 ﻿As the pager’s annoying beep woke me up, I rolled over to look at the clock: 3:15 a.m. It was the last week of my month-long sub-internship in internal medicine at San Francisco General Hospital, the county hospital where fourth-year medical students saw almost anything. The page came from the intern I was working with, who said there was a new admission for me: a young gay man with a cough and a fever. It was 1989, so the man was given a presumptive diagnosis of pneumocystis carinii pneumonia (PCP, now called pneumocystis jiroveci pneumonia). I had seen a lot of these cases in my years in medical school. It was the height of the AIDS epidemic, and PCP had afflicted many gay men, and claimed more than a few of my patients’ lives.

As I headed to the ER, I was apprehensive. After four weeks on the sub-internship and more than three years in San Francisco, I was more than familiar with the churn of young, previously healthy gay men coming into the hospital to confirm their worst suspicions — they didn’t know their HIV status, but they would soon find out they were positive and suffering from their first AIDS-related illness. In the mid- to late-80s, there were no retroviral miracles for these men. Contracting HIV then was a death sentence and, for the poor, uninsured, or underinsured patients I saw, a fairly rapid one. I had grown close to a few of them, and each was a heartbreaking encounter that I frankly didn’t want to repeat. So, as I walked into the ER, I began erecting my emotional ramparts.

I located my patient, whom I’ll call Francis. He was young, in his early 20s. Lying on the gurney, he didn’t seem particularly ill. His delicate features and long, straight hair struck me as feminine, a presence further bolstered by his soft, almost demure way of speaking. As I was taking my history, I asked the same questions we asked everyone at that time.

Thinking about it now, there were many other, better, ways to get the information I needed, but in the context of that time and place, the question was routine.

Francis paused for longer than I was used to and quietly asked, “What do you mean?”

Again, this was San Francisco, the national, and perhaps global, capital of the gay world. Most of my patients exhibited no sense of shame in being gay; most of the homosexual men I met were not only proudly, defiantly gay, they were flamboyantly so. I had never had a reply like Francis’ to what I thought was a fairly straightforward question.

With more than a little annoyance in my voice, I rephrased the question. “Do you have sex with men?”

This time the answer was quick and unsurprising. “Yes.”

“Do you have sex with women?”

Francis looked at me as if he wanted to say something but didn’t, and we both let the moment

I proceeded with the rest of the history. He did not know his HIV status, as many did not at that time, and had no other risk factors. I performed my exam and reviewed his labs and chest X-ray.

The symptoms and X-ray were consistent with PCP pneumonia. I explained the diagnosis and treatment plan, which presumed a positive HIV status (pending the lab results), and wrote the orders to admit him to the floor after discussing the case with the intern. Francis was disconsolate with the news, but not surprised.

I was tired and wanted to get some rest before rounds, so I went back to the call room to sleep. The next day was my last on the rotation. After I presented the case at rounds, we had very little discussion about Francis as his was a fairly routine case. The rest of the day, Francis treated me politely, but formally. On the wards as a sub-intern, I usually got to know the patients very well and became close to them. They often saw me as their main connection to the medical world, more like them than the residents and attendings. But Francis was different. He was cool and distant to me and I never felt a connection to him, either. At the time, I attributed it to my fatigue at the end of a long month, and my desire to not get too emotionally involved again. The testy exchange about what I thought was a simple question had also put a barrier between us. At the end of my rotation, I did what I needed to do and didn’t think much about it after that.

It was only years later that I realized what an opportunity I missed with Francis, both professionally and personally. At the time, I considered myself what we now call “woke.” I was fully comfortable with gay men and thought I treated them with respect and dignity, without fear or judgment. Now, I suspect that Francis was probably struggling in some way with his gender identity. Then, I saw the world in a binary way: you are a man or a woman, and the only exceptions to that rule were, in my mind, exceedingly rare.

Now, thinking about this case in the present, I find myself thinking that maybe Francis struggled with the homosexuality question because he didn’t see himself as a man, so having sex with other men probably didn’t seem like a homosexual experience. I find myself thinking that Francis was probably struggling and likely, he didn’t have the emotional support (or perhaps even the knowledge) of how to effectively deal with his gender issues. And, if my assumptions are correct, he most certainly could have used an empathetic ear, a kind word, and some validation. Yet I gave him none of that, and worse, I caused more stress at the exact moment when he found out that his life was going to be cut short.

Even now, when I’m trying to explain what I thought was going on, I’ve told others that Francis must have thought himself as a woman and that he may have struggled to transition to the female gender because of his financial situation. That assumption shows how stuck I still am in a binary way of thinking. I still haven’t fully embraced the whole spectrum of gender fluidity that people may experience. My rigid view of gender shows that I’m still woefully ill-equipped to help such patients. Thirty years later, and I’m still mucking up this case.

As a fourth-year student, I didn’t have the awareness I have now, and I didn’t fully trust my instincts. I knew there was something odd about my interaction with Francis, but I didn’t have the emotional intelligence to figure out what it was. Worse, I didn’t put forth the effort. I could be wrong: maybe there were other reasons Francis was put off by my question, and maybe it had nothing to do with gender identity. But whatever it was, I didn’t bother to find out. That night, I failed as Francis’ physician, and I will forever regret that.

Often, our most important lessons come not from our successes, but from our failures. At some point, most of us have heard some variation of the adage, “Listen to the patient — the patient will tell you the diagnosis if you just pay attention.” I didn’t pay attention to Francis that night, and I’ll never be able to make up for it. But since then, I’ve tried to fully listen; I’ve tried to see and to pay attention to what my patients say and don’t say. Often, the real issue has nothing to do with the words they are saying. It’s the way they say it, or what they leave out, or the way they move or look at you. And the real issue may have very little to do with the physical complaint. A wise doctor understands that listening is part of the art of medicine. It’s a lesson I’ll never forget.