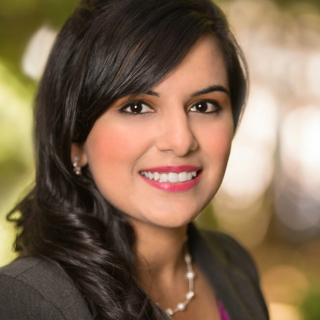 At the recent American Medical Women’s Association (AMWA) 103rd Anniversary Meeting, the theme of advocacy was omnipresent. Topics on the table included increasing awareness of sex and gender medicine, achieving gender equity in healthcare, and championing gun violence prevention. Here, I have presented an abridged version of major highlights and their historical context to give you the scope of current problems on our plates from the perspective of a resident physician, researcher, and human rights advocate.

While developments in the last three decades have highlighted the importance of considering the impact of sex and gender in medical research, the path to eliminating sex and gender bias in medicine has been long and winding. The National Institutes of Health (NIH) Office of Research on Women’s Health (ORWH) was created in 1990 and the NIH Revitalization Act was passed in 1993, both advocating for greater inclusion of women and minorities in clinical trials. Dr. Vivian Pinn spoke of her tireless efforts in traveling and educating the masses on sex and gender medicine in the 1990s as the first director of the ORWH. Dr. Marjorie Jenkins, who founded the Laura W. Bush Institute for Women’s Health, discussed her battles in creating extensive curricula on sex and gender medicine for medical schools.

In 2010, editorials published in Nature highlighted that male animals and cells still dominated preclinical studies. In 2016, the NIH issued a statement requiring the inclusion of sex as a biological variable in NIH grant applications for all preclinical research involving humans and animals. Despite the regulations, recent studies have shown that sex bias is still prevalent in many disciplines ranging from general surgery to neurology. I presented a snapshot of my work at the meeting highlighting similar bias in otolaryngology clinical research. Overall, the discussion on sex and gender medicine had a message similar to many hot topics at the meeting — we have gained momentum, but we are not yet at the finish line.

For the very first time in American history, females now outnumber males in medical school. This is perhaps the most widely celebrated fact each time the subject of gender equity in healthcare is discussed in 2018. However, this new statistic signifies another, rather unfortunate one: the disparity between women in healthcare and women in healthcare leadership is now at an extreme given the few female department chairs, deans, and c-suite executives. As a surgical subspecialty resident, I can attest to this: 3% of department chairs within my specialty are women. Since women are still minorities in surgical disciplines, disparities in leadership may be attributed partly to a catch-up effect from decades of under-representation and exclusion. However, Dr. Ora Pescovitz discussed in her keynote speech that implicit bias continues to play a significant role in the promotion (or lack thereof) of women in medicine. To tackle this widening gap, AMWA is in the process of launching a “Fixing the Leaky Pipeline” initiative to address the professional development of women in all phases of their medical careers.

This year’s AMWA meeting dates coincided with the March for Our Lives in Washington, DC. In solidarity from a distance, AMWA members wore orange T-shirts declaring “Gun Violence is a Public Health Issue.” The Gun Violence Prevention Task Force, now more vitalized than ever, continues to conduct grassroots work across medical institutions around the country.

In a changing world, we find ourselves redirecting our attention and efforts to rising tides that threaten the progress and well-being of our society. But we are not redefining what and who we’re fighting for which has been equity in all facets of life for all people. In the age of #ILookLikeASurgeon and #IAmBlackwell, female physicians around the country are leading movements within a larger, amalgamated undertaking for equity and justice. We invite you to be a part of it.

Dr. Zainab Farzal is a surgeon-scientist track resident physician in the Department of Otolaryngology-Head & Neck Surgery at the University of North Carolina at Chapel Hill.