'Just the Way It Is': My Journey as a Black Woman in Medicine 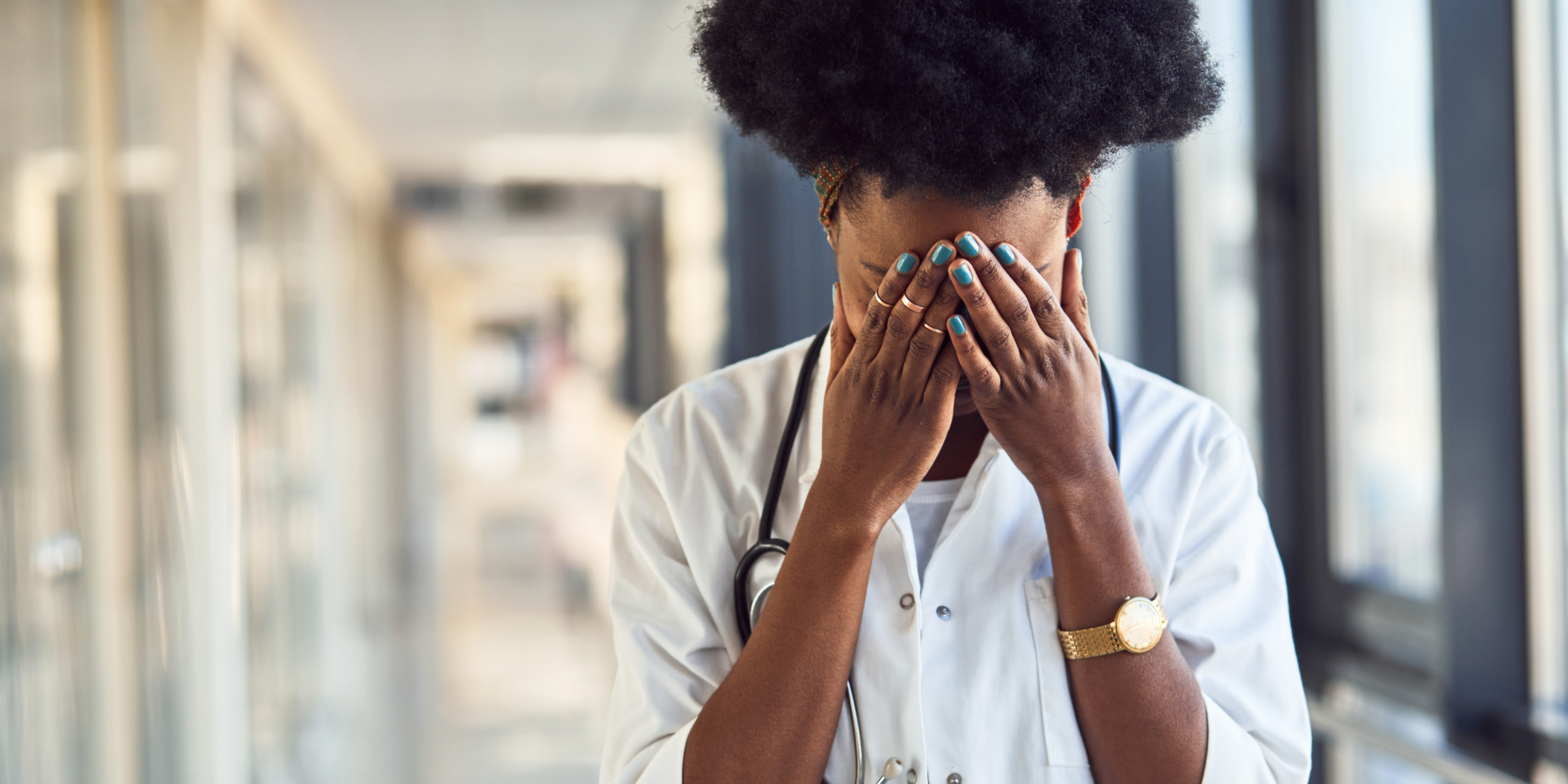 I arrived in the United States at the age of 19 believing I could accomplish anything. I was born and raised in Trinidad and Tobago. While growing up, I knew that one day I would leave my home to continue my education in the U.S. That was my parents’ dream. They believed that a U.S. education would afford me limitless opportunities for both personal and professional development. I believed their words to be true. I left my home with the goal of becoming a physician, and nothing and no one could stop me.

As a Black woman from the Caribbean at a predominantly white school, I was thrust into an identity crisis. I did not know where I belonged. Generally, the white students did not care to associate with me and I was leery of African Americans — I was told that while they are Black, they are different. For a while, I sought refuge in the International Student Organization, but those interactions proved to be superficial and I never got the impression there was a genuine interest in learning more about my native culture.

Despite my social challenges, I remained committed to becoming a physician. When I met with the premedical advisor to discuss my goals, she essentially discouraged me from aiming that high. She said medical school was costly and I could not afford it. She said allopathic schools of medicine were too competitive and without a minimum 3.5 GPA, it was hopeless. I was encouraged to consider osteopathic schools, although I was told that would still be a reach. Dentistry, podiatry, and nursing were also suggested. Her words did not deter me. I could achieve anything. I was in the U.S.

Ultimately, I was admitted to my first-choice medical school and I moved to New York City. I enjoyed the experience. There were a few Black students in my class but this time, it was different. There was an organized effort to bring Black and Latino medical students together. We became acquainted with one another and we also had the opportunity to meet Black and Latino faculty members. The Office of Minority Affairs and Multiculturalism took us under its wing. I truly felt that I belonged in that environment.

In the classroom and hospital settings, signs of white privilege, and other forms of prejudice were ever-present. White classmates commented that affirmative action was the only reason that minority students got into medical school; the message was that we were not good enough to be there on our own merit. Disparaging comments were made about the Black and Latino Student Organization. In the third and fourth years, we began to interact with residents and attending physicians, the majority of whom were white. They often seemed to be more interested in what my white peers had to say. There appeared to be a greater sense of camaraderie among them. I recall one of my white classmates saying that he enjoyed being part of the club. I was also told that I have a great fund of knowledge but I am very business-like, and it is hard to get to know me. I found my camaraderie in the Black and Latino Student Organization.

I completed residency training in NYC. The trend of being one of a handful of Black people in the academic environment continued. I was the only Black woman in my year of the program. I had a good working relationship with my professors and fellow residents but I did not develop any friendships. Over time, I came to accept that in the upper echelons of academia and the professional world, not many people look like me. I was resigned to the belief that this is just the way it is.

Over time, I became increasingly aware of what it means to be Black in the U.S. My Caribbean heritage, while important to me, did not insulate me from the larger Black experience in this country. I was not exempt from racial discrimination. On that fateful day when George Floyd was publicly executed by that smug white policeman, my Black consciousness blossomed overnight.

For many years, I firmly believed I could accomplish anything in the U.S. I attained my goal of becoming a physician and I have continued to do well. I now understand that the truth I held is not the collective truth for Black people in America. As a Black woman, I now understand that I share a rich African heritage with all Black people living in this country. There is an ancestral lineage that connects us, one to another. This lineage unites us.

On one hand, this awakening has been liberating. I am no longer blinded by ignorance and I have come to accept the whole truth. On the other hand, I find myself confronting feelings of guilt and shame. I am ashamed that I did not appreciate the plight of African Americans for decades. I am ashamed that I chose not to identify with them. I am guilty of having believed the lie that their struggles did not apply to me.

I became a naturalized citizen in 2014. I now understand that on that day, I made a covenant with this country. I made a commitment to help right our nation’s wrongs. Despite my challenges, I admit that this country showed up for me. I must now ensure that the U.S. shows up for all of its citizens. We all deserve to be cared for and respected in our society, Black people included. I represent an industry that has the opportunity to lead the way in this effort and I will do my part. I am making a clarion call to the health care industry. We can no longer ignore the inequities and injustices that have plagued the Black community. We must act now. When it becomes clear that Black lives matter, we can genuinely begin to say that all lives matter.

Dr. Sydelle Ross is a board-certified anesthesiologist who holds subspecialty certifications in pain medicine as well as hospice and palliative medicine. She currently practices in the VA New Jersey Healthcare System.