"It Was My Pleasure and Privilege to Participate in Your Care"

Each time I drive through the valley of the shadow of death, I see a woman calmly sitting by the side of the road. The trek takes roughly forty minutes from start to finish, through field and pasture, by barn and stable, over hills and mountains that are hard to climb by foot. The morning sun rises calmly and surely over the trees and forests along the way, providing a glistening dawn's light over the rooftops of menial homes. Yet she sits by the side of the road, the silver-haired woman with a face full of wrinkles delineating her life story, each fostered by a different heartache, a different hard ache, of years gone by and the struggles of the present. Her frame is so small yet she epitomizes the ill-fated dealings of the masses who live all about her, as they struggle to overcome that with which she has encountered herself her whole life.

I see her. She doesn't see me. I notice her. She always seems to have her head hanging in a stuporous state, like a soul consistently and consciously in prayer, so fervent it renders the body unconscious. Her head is bowed. It hangs low, as someone who dares humble herself in search for exaltation from the sting and stench of life's negotiations. She holds a sign. It reads, "DO NOT LITTER, KEEP AMERICA BEAUTIFUL." It is quite simplistic, but I do often wonder: why her? Why is she holding this sign, which is commanding passersby, some who notice it and others who do not, to be conscientious of their negative effects. She is quiet. She doesn't speak.

Now and then, her face is conspicuous. Some days, I see it, as I sit and wait for the light signifying my progression forward to manifest. The light is not so bright, but her light is. I see the effects of living on her face, and I ponder her story. I wonder about her tale. She is aged. I can see the past hurts. I can see the experience, and though she sits quietly, her face, to which I have become accustomed, speaks multitudinous discourses to my spirit, my heart, and my soul. I've grown accustomed to seeing her, like a six-year-old child growing up in the impoverished inner city waits for her Mother to come home from a factory job at night before she can calmly rest after a day's worth of academic pursuit. I'm certain this woman by the side of the road is someone's mother; she was once someone's six-year-old child.

This woman is my patient who died today from complications of chronic obstructive pulmonary disease. She has generalized anxiety disorder. It is quite severe. It's difficult to write about her in the past tense. She is in her early sixties. She struggles severely with opioid use disorder. She nearly overdosed three times. She has faced death and came out the victor. I am familiar with her story, but not all of it, as the insurmountable routine of medical treatment and practice preclude me from knowing all of her. We often have to treat much while knowing inadequacies exist in our ability to know all about our patients—about medicine. That is the mystery of our training in the healing arts.

She doesn't tell me everything. I asked a multitude of questions, but they must be open-ended, sometimes pointed, and the right ones. She tells me the Buprenorphine has "saved my life." I smile in return. She further shares, "I depend on you more than you know." I look at her but honestly am at a lost for words. To that statement, I have no easily produced response but want to say so badly yet gingerly, "I wish you hadn't said that." However, I am able to muster yet another smile and say at that visit, "I understand."

She tells me about her stressors. I know why she got hooked on prescription opioids and why she resorted to getting them off the street. I discuss with her the intricacies of this treatment and ask about any potential side effects each visit. Her face is rife with age, appearing older than her stated one. She often smiles to exude some form of happiness through the hardship and pain that she thinks she is hiding. I can see it. She talks about it in a somewhat hurried manner, so as to not revisit it but to dutifully "tell the doctor everything." She has a child on drugs. She has a son in jail. She has sisters who love her. She has had a hard life. She struggles so much with extreme anxiety that at times it is palpable and adds a thickener to the atmosphere of the exam room. There's an air of impending doom all about, but we are able to calm it, and her, with the means of medical treatment and exhortation. Oftentimes, reassurance is all she seeks. She shared with me so much about the past and present, and we both continue to pray in partnership for a good future for her ahead.

She never talked about being the woman on the side of the road.

I heard a preacher say one Sunday, "In order to get with Jesus, we must be willing to leave some things undone, unlike Martha, and sit at his feet and choose the good part like Mary."

And so, she leaves undone deeds.

Like I would end my dictations as a resident physician so many years ago, I say one more time: "It was my pleasure and privilege to participate in the care of this very pleasant woman" who once sat by the side of the road.

Earl Stewart, Jr., is an internal medicine physician in Thomaston, Georgia, and was a 2016–2017 Doximity Fellow. He started and runs the only Buprenorphine Treatment Program for Opiate Addiction in Rural Upson County, Georgia.

How to Pay Back All Those Student Loans

Réjean M. Guerriero, DO and 1 other 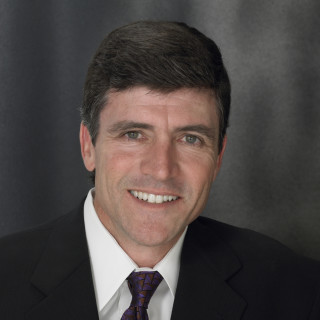 A Strategy to Conquer Burnout

What You Shouldn’t Take Away From This Pandemic