It's About the Patient, Not Me 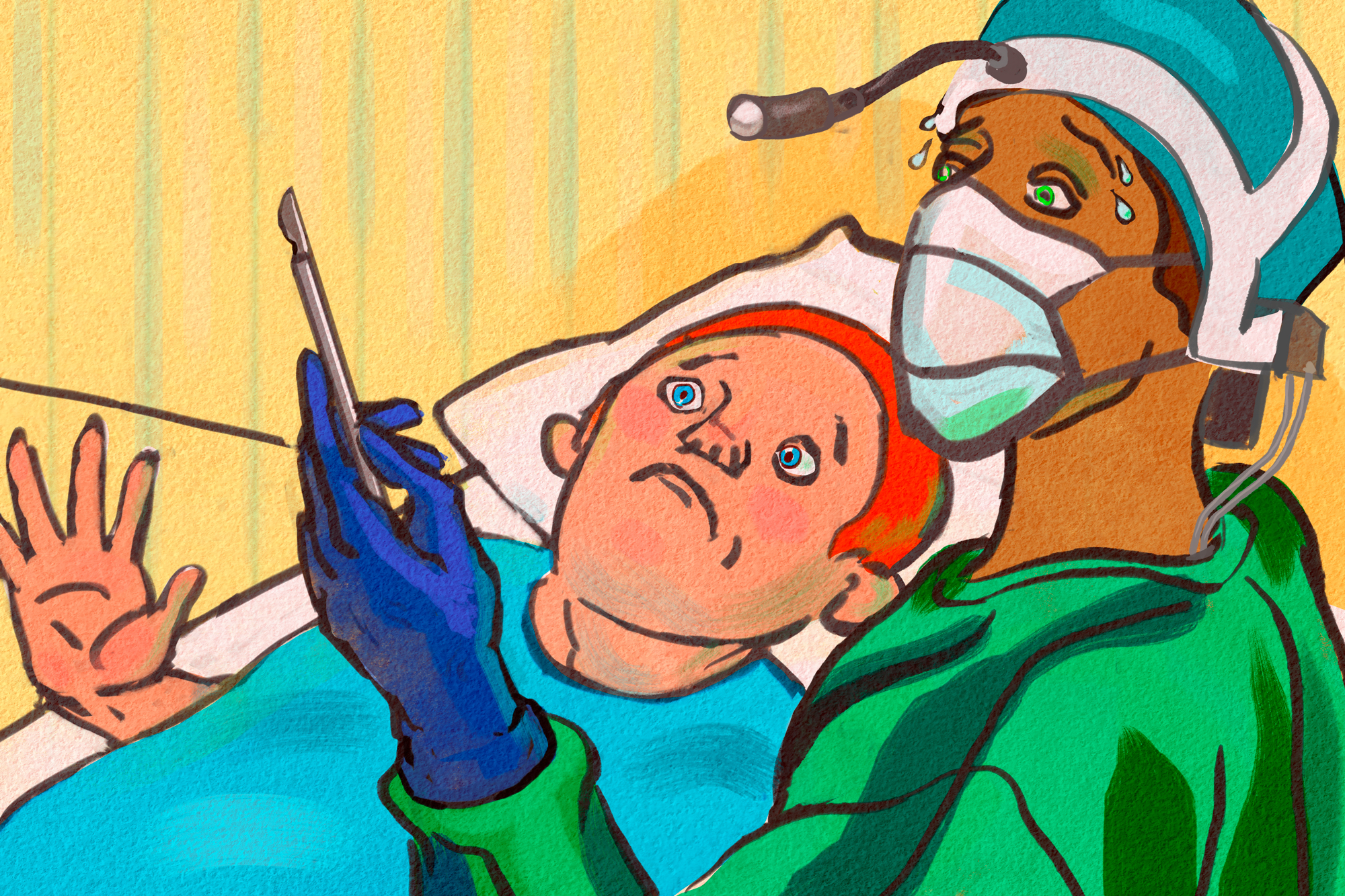 Wait. Did I really say that? A third-year medical student and I just let the team know that we were ready to begin. What was I thinking? Focus, Shawn. Don’t hesitate now. Nervously, I glanced back at my attending and surveyed back towards my resident, both of whom were enthusiastically egging me on to begin. I couldn’t tell what was more palpable, their excitement or my fear.

Rewind to earlier that morning when I arrived into the resident’s lounge at 5 a.m. greeted by whiffs of coffee and a soft hello from my resident, Dr. W. As I started to go through the EMR, looking over the labs from the previous night, Dr. W. hastily turned to me and asked if I wanted to perform a solo bedside tracheotomy this afternoon. As someone who was eagerly pursuing general surgery, I said yes without really knowing what I was saying yes to — standard medical student protocol. Dr. W. let me know that if I could tell her the indications, contraindications, procedure, and common procedure mishaps by lunchtime, then I would have the green light to perform the tracheotomy. The race was on.

I felt a rush greater than any quad espresso could give me at that hour. I grabbed Zollinger’s “Atlas of Surgical Operations” and flipped it open to the section titled “Percutaneous Tracheotomy.” Reading?! What was I thinking? This was the 21st century. I threw aside the book and quickly opened YouTube on my laptop and found a video outlining the procedure. I watched the videos repeatedly to the point where I could recite the whole act in my head: Make a 2-3 centimeter horizontal incision between the first and third tracheal rings, use a Kelly clamp to dissect down, use the introducer needle to puncture the anterior wall of the trachea under direct bronchoscopic visualization, etc. I was prepared. Hold on, let me rephrase. I was as prepared as a third-year medical student doing a percutaneous tracheotomy by himself for the very first time could be.

After receiving the green light from my supportive resident and attending, we walked into the patient’s room. I listened to the methodical beeps and boops that were reaffirming the condition of my sedated patient. As I witnessed my attending explain the procedure to the patient’s family, I couldn’t help but stare at the expressions of fear and anxiety on their faces. They were trusting me. They were counting on me. They believed in me. This was more than just learning how to do a bedside procedure; this became a fundamental lesson on what it meant to be a physician. As the sweat on my forehead intensified and my attending’s encouraging statements continued, I wrapped myself in the trust that my patient instilled in me and began.

After, I was ecstatic that I had made it through the procedure successfully but infinitely more joyous about the positive result for the patient. It was this exact change in mindset where I learned one of my most valuable lessons to date: everything centers around the patient.

As a medical student, I understand my role on the team: absorb knowledge, don’t get in the way, retract, rinse, and repeat. But in that understanding, there are truly special moments where we are offered the opportunity to step outside of our comfort zones to do things for the very first time. In these moments of firsts, I am nervous, leery, taut, and sometimes afraid. Before my formal medical training, I would have associated this with weakness or a deficit. But through every first that I encounter, as in this tracheotomy, I learned that I could not have been further from the truth. For I move with prudence and caution not because of my apathy but because of exactly the opposite. Because I care.

Shawn Izadi is a fourth-year medical student at The University of Texas Rio Grande Valley School of Medicine. He plans on pursuing a residency in general surgery, enjoys playing the saxophone, and creating content for his YouTube channel, Beards & Scrubs.

COVID-19 and Remdisivir, A Path Forward?

The High Cost of Volunteering

Holding the Knife for the First Time