Frieda Wiley • Pharmacist
May 18, 2020
Op-Med is a collection of original articles contributed by Doximity members. 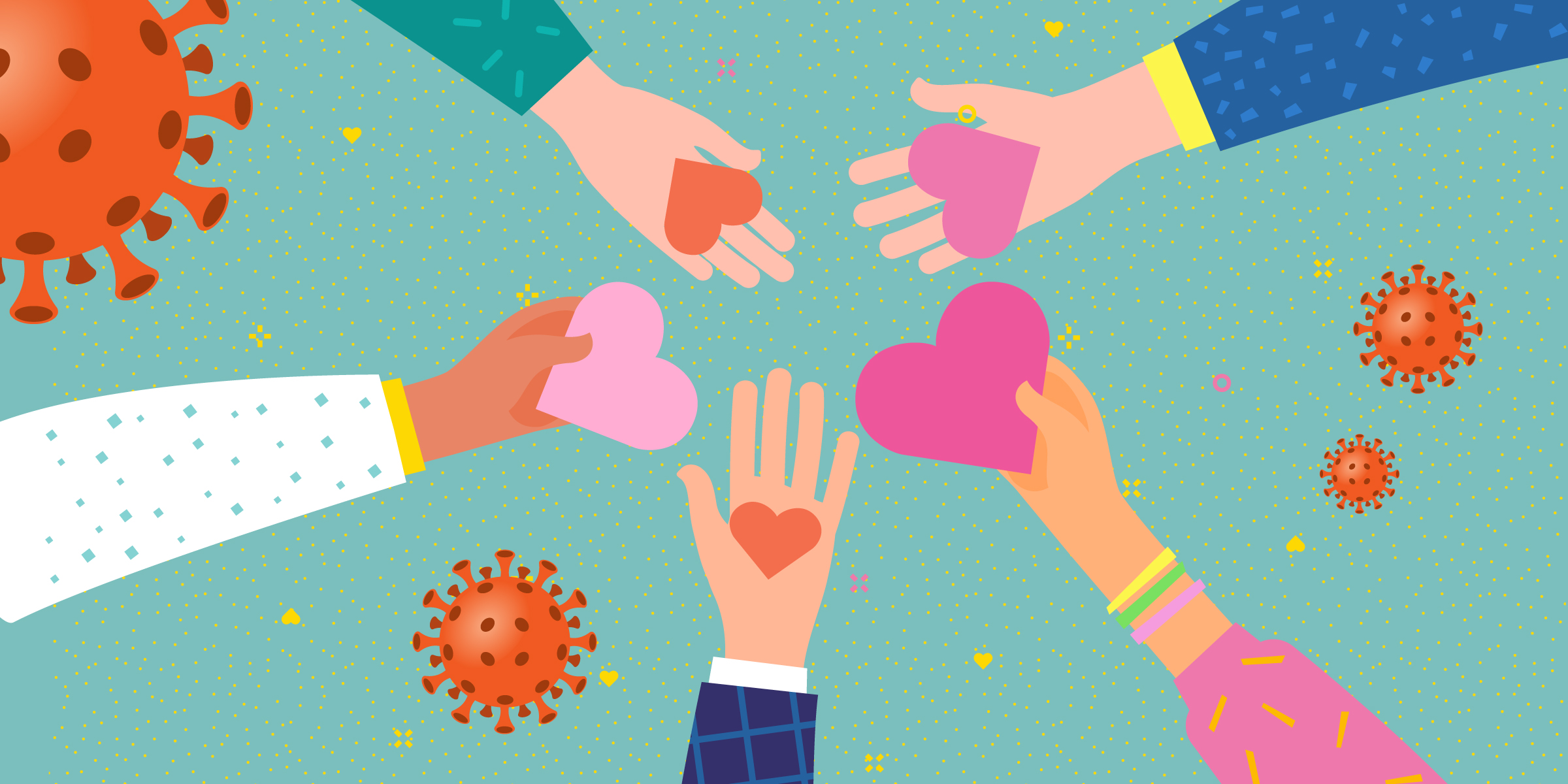 Over the last month I have seen a drastic change in humanity — some for the better, some for the worst. After nearly a month on first self-imposed and later mandatory lockdown, I often feel like the woman in the poem, “The Lady of Shalot,” by Lord Alfred Tennyson; only, I am not a masterful weaver sitting atop a hill while drawing inspiration for my tapestry by watching the city life below. Instead, I am watching life — or the stagnation of life — from the confines of my window.

Most of the bustle even remotely reminiscent of once-normal human activity has come to a sharp halt like still images permanently frozen in time. Aside from the occasional dog walker or random vehicle, the visual mirrors a scene from “Village of the Damned”: a defunct, immobile community. Lately, the only real sign that any life form exists has been witnessing spring foliage coming into full bloom.

At the beginning of March, a neighborhood stroll meant encountering strangers and striking up lighthearted conversations in passing. Then things changed overnight. The stark contrast literally feels like the juxtaposition of night and day. Perhaps better said, the monstrosity of fear reared its ugly head. The hideous creature’s tentacles extend in a near-ubiquitous reach — much like those days when San Francisco’s advection fog eerily drifts in from the ocean. At its worst, the nebulous haze grows so thick that it buries the red towers of the Golden Gate Bridge in their entirety. The fog of fear is so heavy these days that at times, it seems blinding.

As a highly sensitive person, I find fear an all-too-familiar fiend. Though age and wisdom have helped me respond more skillfully to fear’s harmful effects, I now struggle daily, having to constantly remind myself to stay sane, positive, and hopeful. Until recently, I thought I had gotten better at managing the aftershocks of trepidation. Then, after interviewing a pharmacist colleague in a journalistic capacity for a story I was writing about COVID-19, I hit rock bottom.

“If I get COVID-19, I’m prepared to enroll in clinical trials in my area,” she told me in a matter-of-fact tone.

With that one, cryptic statement, my heart cracked open with fear and empathy. Those words flowed from her lips a little too easily, her inflection a bit too casual. It was as if she had already given up — accepting a dark fate that she somehow knew was sure to come.

It took me a moment to collect myself. We are roughly the same age. She is a wife, a mother, a daughter. Despite having a full, meaningful life waiting outside of her career, this intelligent, amazing woman seemed to accept a self-determined death sentence.

I felt tremendous sorrow; at the same time, I found her tenacity and forethought admirable. Somehow, she had the strength to continue fighting this biological warfare from the precarious arena of the front lines. When many would ponder calling in sick or walking away, this woman — like so many pharmacists and other essential workers — is an altruist in the purest sense. Yet, this amazing woman remains dedicated to continuing to serve a patient population that needs and depends on her. Even more incredible is that, after working 10-hour shifts where demands and stressors run at constant all-time highs, she carved out time to talk to me on a weekend night after tending to her young children.

Her story is thought-provoking and touching; but her testimony is one of thousands of essential workers — most of whose names will never make headlines and whose faces will never grace our television sets. The pharmacist made the decision to remain anonymous. For many, anonymity is not an option but rather guaranteed whether it be in the media or on a local level, because most people who perform essential work not tied to health care are never interviewed or acknowledged.

An encounter with a grocery store worker illustrated this issue very well. After nearly a week of staying inside, I made what I had hoped to be a quick dash to the grocery store. In my haste, I inadvertently held up the self-checkout line by setting off the alarm enough times that I should have been permanently suspended from the line. When the cashier came over to assist me for what surely must have been her fifth trip, I did two things: First, I thanked her for her service. Second, I told her that the benefit of assisting incompetent shoppers such as myself guaranteed her job security when layoffs were at an all-time high.

She laughed and said, “Of all these years I’ve been working here, this is the first time someone actually told me I was ‘essential.’”

As we talked, a gently used N95 mask dangled around her neck; her hands were bare.

Only a few days earlier, I had watched a postal worker make Sunday deliveries from the safety and comfort of my window. At that moment, I had an epiphany. Not only did this man sacrifice valuable family time on a weekend, but he did so during a pandemic. He was essentially putting his life at risk to deliver packages and other mail so that people like me had both the choice and luxury of staying at home.

Watching him that day inspired me to make a list of all the people who work hard to keep the rest of us safe. It is not just the doctors, pharmacists, nurses, physicians assistants, and other health care workers. It is the office staff, janitors, mail carriers, insurance workers, bankers, call center employees, truck drivers, convenience store and gas station workers, cashiers, stockers, hotel staff assisting with quarantines, etc. The list goes on and on.

Pharmacy aside, as a journalist, I am compelled to tell stories that deserve but may not otherwise be heard. It is not always easy or glamourous, and not every story I pitch gets written. Sometimes, I am limited in terms of how much of the story I can tell. In other cases, getting someone to go on record is the hardest part. Some may choose to speak out, but only under the shield of anonymity — like my pharmacist colleague. For that reason, I will respectfully carry her identity to the grave. But it doesn’t make the state of affairs any easier — or her story any less valid.

In the same way that trepidation and physical or social distancing have caused many of us to withdraw from each other, the fear of consequences for speaking up silences many of us. Speaking out can be hard, but sometimes, verbal acknowledgement is the first step to finding a solution to tough problems and healing.

After nearly a decade of telecommuting, I, too, struggle with the psychological effects of being on lockdown. Isolation can be scary and depressing indeed. But on those days when I feel the dark tentacles of fear or depression creeping in like the San Franciscan fog, I remind myself that I still have much for which to be grateful. And it starts with looking outside the window, observing life from afar that has forever changed.