Is the Repeal of the Individual Health Insurance Mandate a Trivial Change or the End of ACA? 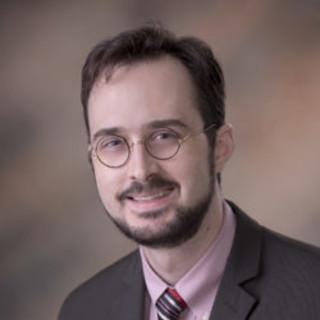 On Wednesday, December, 20 2017, the United States Senate passed the Republicans’ new tax bill by 51 to 48 votes. Due to minor changes, the bill had to be again ratified by the House of Representatives, a formality which took place on the same day. The $1.5 trillion tax overhaul is one of the largest ones since president Ronald Reagan’s Economic Recovery Tax Act (ERTA) of 1981.

In comparison with the new tax bill’s extensive modifications of the existing rules addressing personal income, business and international taxation (which according to close political observers have led even the most conservative Democrats to jump out of their skin), the bill’s provision which repealed the Affordable Care Act’s (Obamacare) mandate for individual health insurance could almost be considered a mere afterthought. However, in light of the great fiasco represented by the “long-promised but never accomplished” GOP’s repeal/replacement of Obamacare which marked the beginning of Trump’s administration, this provision, albeit somewhat peripheral to the great scheme of the new tax bill, should not be overlooked.

Although far from constituting Obamacare’s main provision, which among other things also established an extensive network of health insurance exchanges (the online marketplaces) that enabled individuals and small business to purchase subsidized health insurance, the individual mandate for health insurance was definitely its most controversial one, as its strict requirement (interpreted by liberal justices as a mere extension of Congress’ power of taxation but construed by conservatives as an unconstitutional mandate-with-penalty intended to regulate private conduct) barely survived a lengthy legal battle which ended in a tight 5–4 split in the Supreme Court decision in National Federation of Independent Business v. Sebelius.

According to the Congressional Budget Office, by removing the previous obligation (as well as its associated penalty) to acquire healthcare insurance, this new provision of the new tax bill, which takes effect in 2019, is expected to lead to an additional 4 million people opting to remain uninsured in its first year, with a total of 13 million by 2027. A brief comparison between such numbers and Obamacare’s current enrollment rates (which fell 13% in comparison to the previous year, ultimately ranging between 10.6 million and 11.4 million people for the 2018 year according to S&P Global Ratings), suggests that far from negligible, the impact of the repeal of the individual mandate upon the future of Obamacare may be of a magnitude that may surprise even the most conservative members of the hard-line Republican caucus.

Moreover, it is crucial to emphasize that, by generating a greater imbalance in its overall composition, such reduction in Obamacare enrollees is expected to generate secondary deleterious qualitative changes in the program which may significantly outweight the initial purely quantitative impact expected by such numbers. In practical terms, it is reasonably anticipated that the population which would decline health insurance coverage would be composed predominantly by younger and healthier Americans, so that the average member of Obamacare plans would older and sicker.

In order to compensate for such a deterioration toward a classic Market for Lemons situation, health insurances are likely to progressively increase their average premiums (on an average of approximately 10% per year according to the predictions of the Congressional Budget Office). This, in its turn, may drive even more people (again, more likely those at the younger and healthier end of the spectrum) away from the marketplace, generating a vicious down-spiralling cycle with unpredictable long-term consequences.

The Affordable Care Act has been a unique American experiment intended to address the unsustainable status of the American healthcare system, a classic “Tragedy of the Commons” in which the interaction among agents governed purely by unrestrained self-interest forces devoid of group accountability lead to a situation where, in the end, everyone is worse off. Despite its initial welcoming reception supported by governmental statistics demonstrating a substantial decrease in the overall uninsured population, the recent withdrawal of some major insurance companies from the marketplace in several states due to increased net losses has raised serious concerns about Obamacare’s long-term sustainability.

In early 2017, immediately after assuming office, president Trump, backed by a Republican-majority congress, has engaged on a frenetic mission to repeal and replace Obamacare. That started well with the House of Representatives approving the repeal in early May, although the tight voting score (217 to 213) already revealed the existence of sharp divisions even among Republicans about the new legislation. Such plans finally collapsed after a shameful 51–49 defeat in the Senate on July 28 and, since then, most Democrats have automatically assumed that an enduring and bright destiny for Obamacare had been definitively sealed and secured. Only a few months later, the situation could not be more different.

The bets in the grand healthcare hyppodrome are still open. As an untamed stallion, Obacamare has early on overcome even the most resolute Republican efforts to defeat its steady pace. However, even for those who may not consider the individual mandate a sine qua non for the success of Obamacare (a controversial position as it seemed to represent the key legal tool to achieve the goal of universality), it is undeniable that, though not irreversibly taking the still front runner off the board, a horseshoe nail has been lost. And, as Benjamin Franklin once warned:

Figure 1: Infographic showing the 10 States where older adults are likely to face the biggest dollar increase in health insurance premiums as a consequence of the repeal of Obamacare’s individual mandate.

(Reprinted with permission from S. R. Collins, M. Z. Gunja, and H. K. Bhupal, “Senate Tax Bill Results in Premium Increases for Many Who Buy Their Own Coverage; Wealthiest to Benefit Most from Any Offsets from Tax Cuts,” To the Point, The Commonwealth Fund, Nov. 21, 2017.)

Tobias A. Mattei, MD, is a neurosurgeon with Neurosurgery & Spine Specialists. He is currently located in Bangor, ME.