In Case You Missed It: Top Research in Ocular Oncology at ASRS 2018 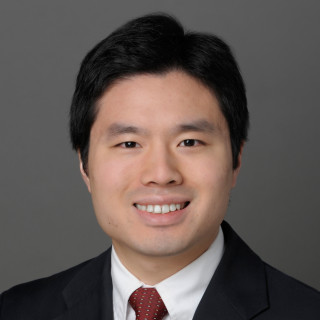 It’s been just over a month since the 2018 annual meeting for the American Society of Retina Specialists (ASRS) that took place in Vancouver, but the research from the conference is still fresh in our minds. At the meeting’s Ocular Oncology Symposium, a number of presentations showed clinical promise, which I’ll highlight below.

First, Dr. Timothy Murray presented his retrospective data comparing fine needle aspiration biopsy for uveal melanoma gene expression profiling (GEP), comparing transscleral versus transvitreal biopsies. The availability of uveal melanoma gene expression profiling has allowed for risk stratification for future metastasis and mortality with a class 1A & 1B GEP carrying a low risk for metastasis/mortality and class 2 carrying a higher risk for metastasis/mortality. Results from over 300 eyes showed both approaches were able to obtain sufficient sample for testing in 95%, independent of tumor size, with a rare incidence of anatomically or visually compromising complications (i.e., vitreous hemorrhage or retinal detachment), and no cases of tumor recurrence, extraocular extension, hypotony or endophthalmitis. Therefore, genomic profiling is both feasible and informative.

Dr. Tara McCannel presented her data on long-term outcomes of 27-Ga vitrectomy-assisted biopsy for small uveal melanomas less than 2 mm in thickness, which can be challenging to obtain a biopsy given their small size. All 41 patients in this retrospective review were followed for at least 6 months with a mean follow up of 19 months. In addition to gene expression profiling (GEP), these patients also had multiplex ligation-dependent probe amplification (MLPA), a DNA-based approach. Over 90% in this group had viable sample for both GEP and MLPA testing. One common complication was vitreous hemorrhage in about 50%, but only 7% were severe enough to require vitrectomy intervention for resolution. Of note, there were no cases of retinal detachment, tumor recurrence or epiretinal membrane at last follow-up. This suggests 27-Ga vitrectomy-assisted biopsy is relatively safe and effective in obtaining sample for molecular prognostication.

Dr. Zelia Correa evaluated comparative survival of patients with posterior uveal melanoma presenting with class 1A and class 1B gene expression profiles. This work was spurred by her observation that a subset of patients with the favorable class 1 GEPs did not do as well as predicted, especially when followed out in the long-term. She noted that these subdivisions of class 1A and 1B were validated retrospectively, so the aim of this study was to follow these patients prospectively. Surprisingly, she noted that the discriminatory ability between class 1A and 1B GEP was not as predictive as expected. While patients with class 1 GEP did better in general than class 2, she noted in her prospective study that some in class 1A, the GEP with the lowest risk profile, had worse survival compared to the other two groups (classes 1B and 2). Undoubtedly GEP has changed the landscape of the management of uveal melanoma, allowing for more information to guide discussions about prognosis with patients, as well as informing metastatic surveillance schedules and patient’s life decisions. Nevertheless, as with many other new technologies, this GEP test requires fine-tuning to optimize the results, to which she alluded in talks with the GEP laboratory about using PRAME (preferentially expressed antigen in melanoma) to help with prognostic stratification. In addition to GEP classification, Dr. Correa recommended the integration of clinical risk factors in discussing prognosis, such as large basal diameter being a poor prognostic factor, which may lend a more complete picture for prognosis and informing both management and patient decision-making.

Dr. Amy Schefler reported exciting developments with AU-011, a PDT-activated intravitreal drug from Aura Biosciences currently in Phase 1b/2 clinical trials for uveal melanoma. The injection consists of a viral capsid conjugated to dye molecules, which is injected intravitreally and binds very specifically to uveal melanoma to heparin sulfate proteoglycans on cell surface. The dye is activated by standard fluence 689nm PDT, which causes tumor necrosis in a dose-dependent fashion. Preclinical investigations in rabbits have shown that this treatment has been effective in inducing tumors greater than 10mm in thickness.

Dr. Schefler presented preliminary results from the study group’s 22 phase 1 enrollees-to-date, with various doses and laser regimens being tested. There were no severe adverse events and all were followed for greater than 6 months with preservation of pre-treatment location, regardless of location. If these results hold true at the final endpoint, this may provide a viable alternative to radiation-based therapies, which carry the risk of developing decreased vision either directly from the radiation or in a delayed manner from radiation retinopathy especially with tumors located in the posterior pole. Of note, the most common adverse events were anterior chamber inflammation, posterior chamber inflammation, and transient IOP rise, which were treated with topical medications; Dr. Schefler posited that these effects may be desirable as they may be sequelae from tumor necrosis. This marks a potential paradigm shift in the management of melanoma and has the potential to provide alternative therapies for tumors located in difficult areas in the eye.

Dr. Rajiv Anand presented 9-month data from the Ranibizumab for Radiation Retinopathy (RRR) prospective, multicenter trial comparing monthly to PRN dosing of ranibizumab (RBZ) for radiation retinopathy-related macular edema. All groups were treated with 0.5mg ranibizumab and were randomized to monthly RBZ, monthly RBZ with targeted PRP, or 3 monthly loading doses of RBZ followed by RBZ PRN. Visual outcomes at 9 months in all groups were better compared to controls from the Collaborative Ocular Melanoma Study. Of note, monthly RBZ had a significantly better visual outcome compared to the groups, with targeted PRP not adding any further visual benefit to RBZ alone. One-year results will be forthcoming at the AAO Annual Meeting, and this study will continue into a second-year with transition to a treat-and-extend protocol. The final results promise to provide further guidance in developing better regimens for the treatment of radiation retinopathy.

Dr. Brian Toy discussed OCT angiography (OCT-A) findings after plaque brachytherapy for choroidal melanoma. OCT-A demonstrated a reduction in various parameters in the eye treated with plaque brachytherapy compared to the patient’s fellow eye, including vessel skeleton density, flow impairment area and vessel diameter, with some of these changes being significant at as early as 6 months. Dr. Toy also elegantly showed that these vascular changes correlated with higher doses of radiation when OCT-A was overlaid with dosimetry maps. This promises to be another exciting application of OCT-A in the realm of ocular oncology.

Last, but not least, Dr. Scott Walter compared two brachytherapy plaque designs: the traditional COMS plaques against Eye Physics plaques for treating choroidal melanoma using 3D-dosimetry in order to determine if one design is consistently superior than the other. Eye Physics plaques have been designed to collimate the radiation and reduce lateral scatter, which does not contribute to the treatment of the tumor. The primary outcome measure was percentage of cases in which >35 Gy was exposed to the optic nerve or macula, which is considered the threshold for optic neuropathy or radiation maculopathy. In this series of 63 cases, there was no significant difference between COMS plaques and Eye Physics plaques in the proportion of patients that had suprathreshold radiation to the optic nerve, macula, or both. However, based on comparative dosimetry to the optic nerve and macula, the COMS design was preferred in 23% and Eye Physics design preferred in 41%, with the remainder being equivalent in dose. They concluded that given the same treatment dose criteria to the tumor apex and margins, neither design was consistently superior to the other with respect to toxic doses to the macula and optic nerve. This suggests that both designs should be considered in tailoring treatment to each case, taking into account not only toxicity to these sensitive structures but also other considerations such as availability and other surgical considerations.

That’s a wrap for the Ocular Oncology Symposium at ASRS 2018!

Dr. Albert Li is an ophthalmologist based in New York.