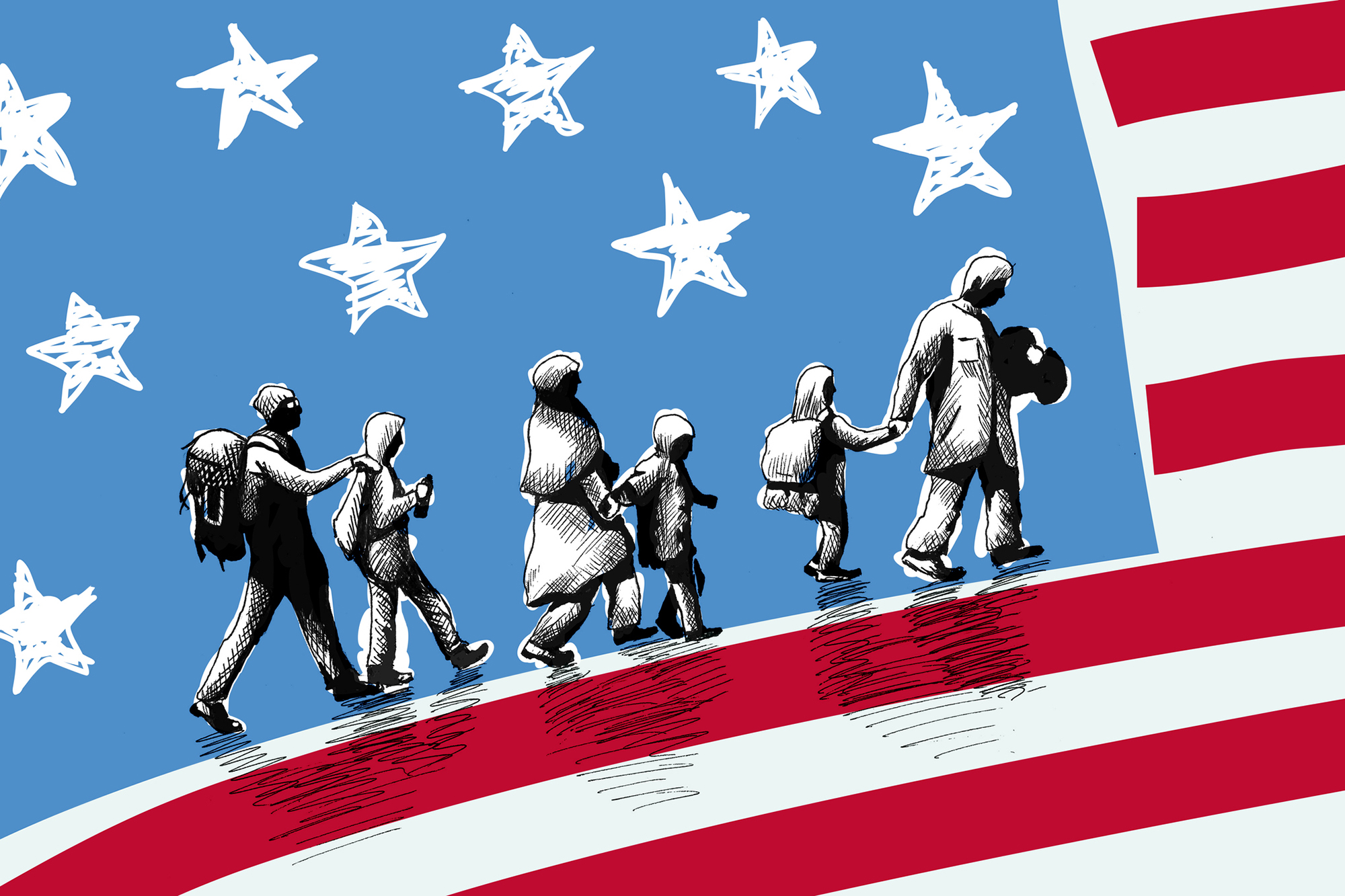 My father was welcomed to the United States by the Statue of Liberty. Her iconic torch guided his ship into New York harbor from India (he was unable to afford a plane ticket in 1962). My mother cleaned houses while simultaneously going to graduate school and taking care of me. There were times when they didn’t have food, but they persevered and sacrificed for the American dream — if you work hard, you can achieve anything. Twenty years later, my mother, a librarian, and my father, a local college professor, were able to put me through medical school. As a pediatrician working in New York City, I hear similar stories from my patients — families doing whatever it takes to make a better life for their children. With changing immigration policy, I find myself wondering: how can I help these people who are being criminalized because of their color? How can I help immigrant families of today?

My parents gained entry to the US legally, but many were not as welcoming as Lady Liberty. My family had eggs thrown at our house, garbage dumped in our driveway, a bomb put in our mailbox, and a BB gun pellet shot through our window in a white middle-class Jersey shore neighborhood. Thank goodness it wasn’t an assault weapon; the pellet missed my father and the only damage was to our window. Despite those experiences, my parents took pride in their home and never called the police. To this day, when my mother hears ambulance sirens, she is fearful the police are coming after her, even though she’s done nothing wrong. My parents are US citizens and I was born in New Jersey, but my family still refers to white people as “Americans.” It wasn’t until I moved to New York City that I felt a sense of belonging and home.

The immigration crisis is not about thwarting illegal immigration; it’s about discriminating against immigrants of color, subjecting them to inhumane conditions in camps, and using fear (of losing their children and death) to drive them out — some could call this ethnic cleansing. The abuse and willful neglect of migrant children in federal custody is a public health crisis and clear violation of the 1997 Flores Settlement Agreement, which outlines standards of care for the detention and release of migrant children. Since the Trump administration declared a zero-tolerance policy, seven migrant children did not get proper medical care in the custody of federal government officials and died, hundreds have reported sexual abuse (some by border officials), thousands have been exposed to potentially deadly communicable illnesses, and an untold number are still missing and traumatized after being separated from their parents. These are hate crimes against children. Healthy children aren’t supposed to die, and no child should be abused. It’s clear that federal government officials are responsible but not accountable.

How can we help immigrant children, without going to the border? In asking local community members how to prepare my patients for impending immigration raids in New York City, I learned of an infant living in a church in Connecticut, who was experiencing respiratory distress after being discharged from a detention center two weeks prior. The mother did not seek medical care because she feared deportation and loss of the infant’s immunization card at the border. With my advice, the infant was taken to a public hospital, diagnosed with bronchiolitis, and scheduled for a well-child visit.

For the first time in a decade, we are seeing a rise in the number of uninsured children from an all-time low in 2016, despite a thriving economy and access to CHIP. Hispanic children are more likely to be uninsured (7.8%)  than white (4.6%) or black (4.9%) children, and a contributing factor is the threat of deportation for seeking government benefits. We need to educate families about their rights to benefits — child health insurance, WIC, SNAP, and others. We need to make them aware that health care facilities are considered “sensitive locations,” similar to churches, that are off limits to raids.

Just a few days ago, hundreds of immigrant Mississippi children went back to school only to have their parents swept up in the largest immigration raid in a single state in US history. No plans were made for the childrens’ safety; 200 did not return for the second day of school. How can we help immigrant families who are fearful of leaving their homes? In 2018, a mother visited my clinic as a walk-in because she needed daycare for her 4-year-old with autism. She needed to get a job. Her husband had gone for his usual immigration check-in and was indefinitely detained. She didn’t have money for rent and wasn’t using public benefits. We connected her with our medical-legal partnership program and immigration advocacy groups. Luckily, the clinic was prepared for this mother’s situation — I had previously identified these groups by having a resident I work with call hotlines posing as an undocumented immigrant. Approximately eight months later, the mother returned to say thank you. She had used the resources and got her husband back home. Needless to say, I felt inspired.

We must stand by immigrant children and families under assault by the federal government and all those complicit in the attack. We must restore meaning to Lady Liberty’s borderless call for “your tired, your poor, your huddled masses yearning to breathe free … Send these, the homeless, tempest-tossed to me.” Inhumane treatment of immigrants cannot be tolerated. Denying immigrants access to health care, shelter, and food cannot be tolerated. Like my family who experienced violent discrimination 50 years ago, we will not get rid of the hateful overnight. But what we can do now is make sure immigrants know their rights, and that we are here to protect them. Immigrant children and families are fending for their lives on US soil and it is our moral and professional responsibility to protect them — with our profession and with our votes.

Dr. Agrawal is a board certified child abuse pediatrician in New York City. She is chair of the Injury and Violence Prevention Committee, New York State, American Academy of Pediatrics, Chapter 3.