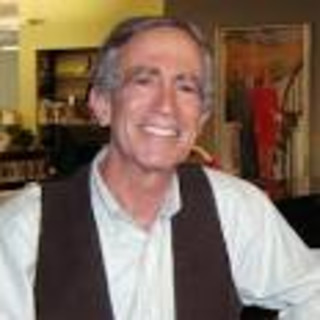 We talk about death, but to be present with death is something altogether different, something profound, unsettling, and mystifying. As a physician I’ve been with death many times; moments that blur together with notable exceptions. The first time I met death, as a young medical student, was simultaneously the most complex and the most perfunctory. That night on Bellevue’s 2nd floor Surgery Ward is indelibly etched in my memory. I want to hold my young self and say how sorry I am that it had to happen this way. It’s a night I am not proud of.

I was a medical student at N.Y.U.’s Bellevue hospital on the Lower East Side of New York City. The vintage complex, an edifice of dark halls and mammoth wards with 30 foot ceilings, was where I was assigned for my first clinical rotation, surgery. The second floor Surgery Ward hosted 3 rows of 20 patients each, one row down the center, two on either side under tall, unwashed windows. The stagnant air was redolent of infection, sweat and urine.

My short white coat, stiff with starch, and new stethoscope, talisman of hope or competence, were wishful thinking, because the one thing I knew with certainty was that I knew nothing. I was a useless appendage on a clinical team making rounds on Mt. Olympus. Our team leader was a tall, lean senior resident from Texas.

Index cards in my pocket listed patient history questions, physical exam sequence, patients I was to follow, lab results, diseases to look up, Morbidity & Mortality Conference references to track down.

During check-out rounds on my first on-call night we stopped at the “Pancreatic CA in bed 12,” a 50-something man dying of pancreatic cancer. He looked much older. His skin was muddy yellow; he was semi-conscious, restless; he winced and groaned with every motion.

The Texan pointed at me and squinted at my nametag. “Mayer. He’s your patient tonight. Keep him alive. Balance his electrolytes.” He was a math problem, a chemistry experiment.

I’d never seen a human near death, and I thought it was something I ought to experience. I don’t remember his name. I never spoke to him; what could I possibly say. He was alone in the cavernous Surgical Ward — no family. I was afraid of him. I drew his blood several times that night, altered his fluids to balance potassium and bicarbonate. I had a nagging feeling that this was wrong, but I was only a student. My patient and I were in parallel universes.

I stayed up with him all night, his only companion, calculating and recalculating his fluids, his electrolyte needs, as if my formulas could conquer his death, and perhaps my own. He looked through me, his painful writhing an indictment. I was relieved each time the nurse administered morphine and his eyes closed. Finally, dirty morning light filtered through the soiled windows. On rounds, I presented my calculations and his latest numbers. I had succeeded; he was alive with normal electrolytes. The Texan’s only question, “How much Potassium did you give him?”

No mention of his pain, of the morphine, of his loneliness, of my shame. He died later that afternoon. My first night on call, my first patient, my first death.

I thought I should feel something, but I was too tired and too frightened to think about it. I didn’t want to think of him at all. I didn’t want to know if I had helped him or only helped myself. Decades later my memory of that night is as keen as yesterday.

I collapsed in my apartment and slept without dreams. The next morning a homeless man with alcoholic cirrhosis was in bed 12, joking with the man in the next bed.

A week later was my first Friday night at Bellevue’s infamous Emergency Room — the “knife and gun club.” A warm summer night where the ghetto meets the academy, a place of chaos and reason, swearing and medical jargon, transmogrifying each into something simultaneously vile and vital, frightening and redemptive.

My white coat had stains.

Bellevue’s ER, half a football field long and half as wide, had a raised dais at the front where physicians and medical students wrote notes, conferenced, coordinated care, drank coffee, and put their heads down to sleep. There was no busier, or bloodier night than Friday.

Amped up energy, commotion, ambulance sirens in the bays out back. Stabbings and gunshots — more casualties than house staff to care for them. Controlled and expected chaos, shouted orders, staff striding with purpose. A middle-aged nurse, dark hair with grey streaks, pointed at me as I prepared to follow my team. “Mayer — come with me. You’re gonna put in this chest tube. Take off your coat.” I followed her on jelly legs.

She pushed a rattling steel tray on lumpy wheels against a gurney on which a semi-conscious young Hispanic man breathed deeply and quickly — distressed. Oxygen hissed on his face. His tee shirt was cut up the front. Two knife wounds in his chest, near his sternum. “A switchblade and bad luck,” the nurse said. I stared at her — a deer in the headlights.

“Glove size?” she asked. She could see that I didn’t know and grabbed my hand, like a fortune-teller. “Hmmm . . . eight.” I fumbled with the sterile packaging. She snatched it from me, drew out the gloves, stretched each one open for me to insert my hand. She gloved up as well and prepped his skin with a brown soapy solution then handed me the scalpel. “Number 11 blade. Twenty-six French chest tube. Remember that.”

She picked up the chest tube and two clamps. “Two Kellys. One here — one at the tip of the tube. Helps you push.” She jabbed her finger into the man’s heaving chest wall. “Forth or fifth intercostal space — right here. Cut here. Hurry!”

I made a small incision and blood ran down his side. “Deeper — longer. That’s it, right there. Stop.”

She gave me a curved Kelly and steered my two fingers and the Kelly into the incision, pushing, dissecting. “Up — always up — make a tunnel — walk up the rib — feel it? “ I remembered my anatomy — an intercostal artery under each rib. Walk UP the rib.

She guided my hand again, this time with the chest tube, up over the rib. It penetrated the pleura with a gush of air as the tension pneumothorax released. The man’s breathing slowed to normal. He was at ease. Another nurse injected a sedative and he was asleep.

I left the ER at about 5 am — exhausted, exhilarated — flushed with the thought that my empty vessel had just received a measure of competence. And I had saved a man’s life.

I thought about finding him, but there was so much to do. I didn’t know his name — he was “the knife wound on gurney 7.” Other than “a switchblade and bad luck,” I didn’t know anything about him or what happened to him.

Maybe I wasn’t ready to get so close to the human part of this profession for which I was uniquely unqualified. I could have used a generous, thoughtful teacher, a fellow traveler to empathize with me, to share the mystery, as I do now with students I mentor.

So much easier to balance electrolytes, and push a tube into a hole.

Dr. Jack Mayer is a primary care pediatrician in Middlebury, Vermont and a writer (Life In A Jar: The Irena Sendler Project and Before the Court of Heaven). He is a graduate of the NYU School of Medicine (’71), pediatric residency at Stanford Children’s Hospital (’75) and has an MPH from Columbia University (’91).