I Remain an Anomaly 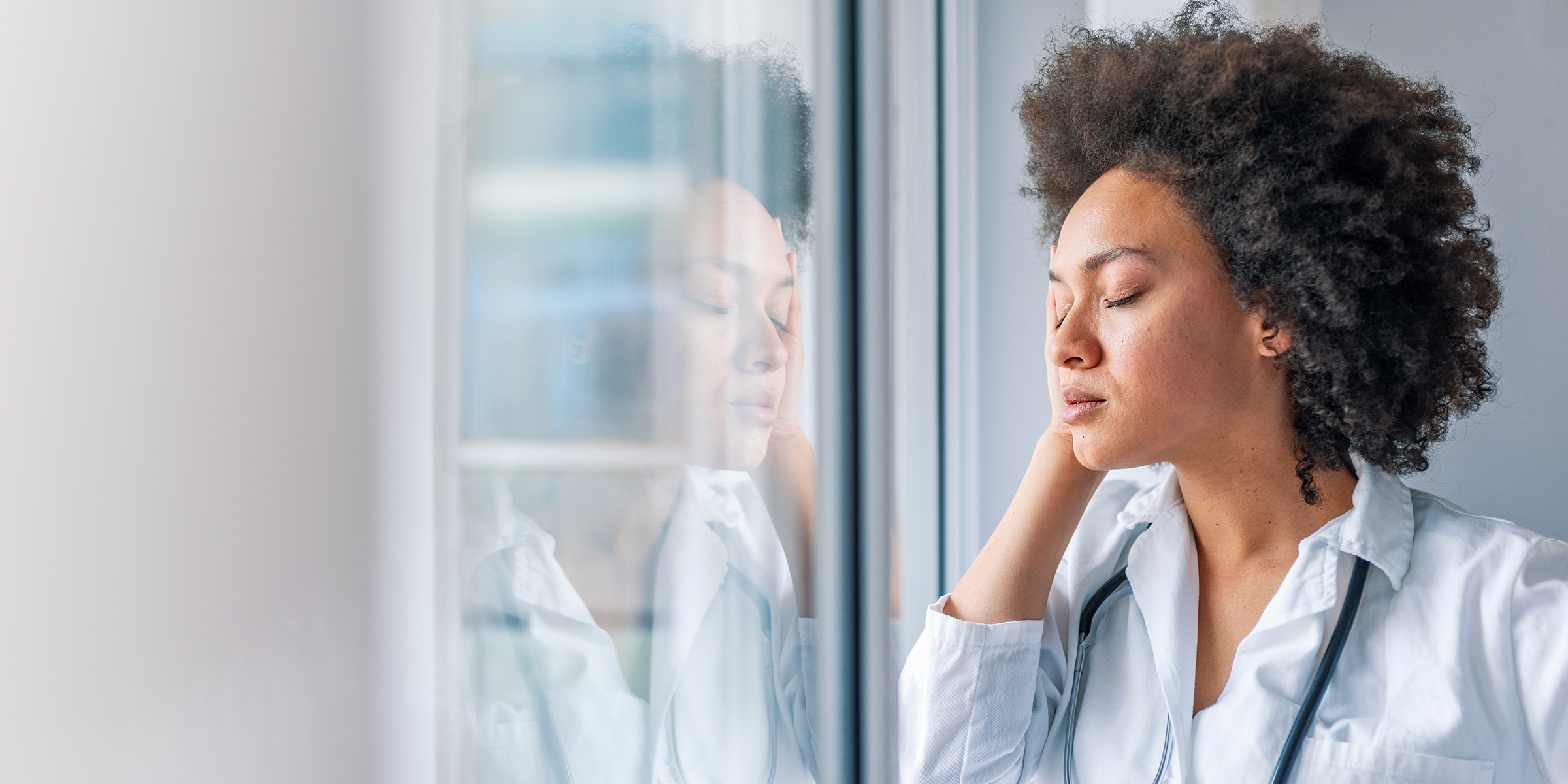 We had finally arrived. The eight-hour drive from Montreal to Cleveland had sent my legs into spasm, and so I was glad to climb out of my parents’ minivan. To our right, was the property I hoped to rent. It was a two-family house set on an idyllic tree-lined cobblestone street just a few blocks from the medical quad. I walked up to the front door and rang the bell. I had confirmed the appointment with the landlord only 30 minutes prior, and so I found it strange when after several minutes no one answered. I could see activity behind the window coverings on the first floor, so I called the landlord. I was met with a voicemail. Realizing that almost 15 minutes had elapsed and that I would soon need to head to my next scheduled showing, I returned to the van and we drove off.

I would soon learn of the neighborhood’s reputation for not conducting business with Blacks.

That would not be my last encounter with a situation that challenged my dignity, self-worth, and humanity. The transformative journey upon which I was about to embark from medical student to physician would actually be a crash course on how to persevere in a system and environment designed to not be equitable, inclusive, and supportive of Black physicians. The excitement I experienced while donning my white coat for the first time would soon be replaced by an anxiety over how my flat twists would be interpreted, extra consideration of my attire, and a superhuman effort to gain admission to the best residency training programs, still without a guarantee of inclusion as a colleague of equal standing in one of the oldest communities of professionals worldwide.

One of the true emergencies in medicine that I've learned is the patient presenting with chest pain. Time is cardiac muscle. So, when as an intern I was told by the nurse on the medical floor that one of my patients was complaining of chest pain, I rushed to his room. I found a middle-aged obese white man eating a hamburger and fries. It looked like he had just taken the first bite out of his dinner and did not want to be disturbed.

I introduced myself as Dr. Joseph, the physician who would be caring for him that evening, apologized for interrupting his eating, but quickly launched into an interview. Remember, time is cardiac muscle, and minutes may be the difference between life and death.

The patient, however, was not interested in proceeding with medical questioning. He said he just wanted to eat his dinner and asked me to leave.

“Sir, I can’t leave. You told your nurse that you are­­ having chest pain. You could be having a heart attack, which is really serious. It is important that I speak with you now,” I said. “Can I please pull away your tray table? This won’t take long.”

As I tried negotiating a pause in his dinner, I was met with ongoing fury. It was not this emotion that surprised me, but the words he chose to express his displeasure with my insistence on an immediate physical exam and medical interview.

“I told you that I didn’t want to speak with you. But because you are Black and have a chip on your shoulder, you just always have something to prove. Who are you, anyway?”

He then reached for his call light and started yelling for his nurse.

I left the room.

The following day, my attending after hearing of the incident from the overnight senior resident, scolded me for being disrespectful and demanded that I apologize to the patient.

I am now a practicing anesthesiologist and critical care physician. Around my neck is a lanyard with my name badge and credentials. On my hips sit multiple pagers. My hair is speckled with the greys typically associated with experience. Yet despite these visible signs that patients and providers have long used to distinguish physicians, I am seldom extended the reflexive assumption.

I am Black in medicine. I remain an anomaly.

It is the reason why one night, while covering the labor and delivery floor, I was immediately met with, “Get me the doctor,” when I entered the room of a laboring white woman in incredible pain.

When I sat down to place her epidural, made challenging due to her history of scoliosis, her partner called me a choice expletive twice when he felt I was taking too long. The nurse in the room said nothing.

“Sir, I understand that the period surrounding the birth of your child is extremely stressful, but can you please refrain from using that type of language?”

I had grown up in Montreal, Canada. My identity and the lens through which I assessed decision making and power dynamics had never rested on my race or ethnicity. I was simply a daughter, student, athlete, overachiever. Years of living in the U.S. would teach me that I was Black first. Encounters with patients and health care providers would make me realize that my pedigree was essential, more so than others, in gaining trust and credibility. Repeatedly, I would observe fear, doubt, and anxiety leave the eyes of my white patients and their families as I introduced non-minority members on my team. At multidisciplinary meetings, I was be expected to be present but seldom vocal. My opinion was almost never solicited. Repeatedly, it appeared that my departmental contributions were subject to different compensation.

While I received advice to diligently work in establishing myself as a master clinician educator, a traditional path for academic promotion, I would see myself surpassed by white colleagues invited to meetings and events where they could hobnob with department heads and hospital CEOs. The system was structured for their socioeconomic advancement. The medical community, one that I had held in such high esteem, appeared to be riddled with obstacles designed to exclude Black physicians, while simultaneously profiting from providing care to their communities.

We need a relinquishment of power. A restructuring of the hierarchy within medicine.

A real and sustained effort is required to develop a Black physician workforce with representation at all levels and reflective of the African American population in the United States. Only then will we reach the critical mass required to change the face of medicine. Currently, only 4% of doctors in the U.S. are Black, despite African Americans making up 13% of the overall population.

We have a long road ahead.

Despite the 2009 requirement by the Liaison Committee on Medical Education, the body that accredits medical schools, that all medical schools implement policies to attract and retain more minority students, the rate of change has remained slow. In 2019, only 7.1% of matriculants identified as Black or African American compared to 6.8% in 2002 (AAMC, Diversity in Medicine: Facts and Figures 2019).

A head-on collision with the history of segregation and ongoing racism in the U.S. is necessary if we are to shift away from a system that undeniably narrows the scope of opportunities for Blacks, undermines the trust patients and colleagues place in their abilities, and heavily changes the nature of their professional interactions and access to mentorship.