I Made Every Financial Mistake in the Book

Why would anyone want to lead off an introduction by highlighting his or her flaws? Everyone tries to put their best foot forward, whether in social settings or in business. That first impression is lasting and sets the tone for subsequent interactions.

It is easy to only tout one’s successes to the world, but I think this devalues that success if one does not elaborate on the numerous failures before that success was achieved. By only hearing of other’s successes and not failures, an individual places an unattainable standard on him or herself when trying to replicate it.

In that spirit, allow me to highlight a couple of my own financial mistakes.

Some of this fault lays with the educational system in the training of a doctor and the track one is supposed to take. Throughout my premedical years I followed the standard path of taking the basic requirements for gaining medical school entry: heavy on the sciences and not much else.

Even as a medical student (this was before the credit crisis; I graduated in 1997), credit companies and banks bent over backwards giving you vast amounts of credit. This made it feel as if I actually drew that as a salary rather than digging deeper into debt.

I funded what I then considered a not-too extravagant lifestyle (in retrospect, doing anything is extravagant if one is not earning money) by always applying for and getting the maximum student loans each year for medical school. I was very fortunate that my parents had provided funds to attend undergraduate at Johns Hopkins, which I realize now what a blessing that was and what a financial burden it must have been for them).

In the era of easy balance transfers I would play credit card roulette, getting 0% APR introductory rates on cards and then transferring it to the next one in line when the promotional rate was about to expire.

I thought I found a way to cheat the system. In actuality, I was cheating myself, conditioning my behaviors and ingraining into my brain that credit/debt was acceptable.

Even though I still hadn’t made a single penny to my name I wanted to be a consumer.

Consumerism is an appropriate term, for one truly gets consumed financially if one gives into every desire.

I continued this lifestyle throughout medical school, and, at the end of four years, I had accumulated a mind blowing $160,000 of principal debt just from medical school loans — and probably another $15–20,000 of credit card debt.

Mistake #2: Why pay today when you can put it off for tomorrow?

My first real paying job started with my residency program. For the first time I officially was a doctor, with a newly minted MD after my name. Starting with my intern year I pulled in about $32,000. That would incrementally increase to when I finished as a fellow (year seven) making somewhere around the high 40s to low 50s.

With this money, I had my first opportunity to start paying back some of these loans. But did this young intern/resident/fellow choose to do this? Sadly the answer was no. Channeling my inner Wimpy from Popeye I chose to “Gladly pay you Tuesday for a hamburger today.”

My rationale was that I was barely making money as a resident and I was putting in a lot of hours (this was before law mandated restriction on resident’s maximum hours) with numerous instances when I was putting 100+ hours per week.

“I deserve to spend this money and enjoy what little free time I had.”

“Future me would take care of this.”

“Every time you borrow money, you’re robbing your future self.” — Nathan W. Morris

So, with every loan I had to my name I tried to get a deferment (which was the lesser of two evils in which at least interest does not accumulate). For the others I had to receive forbearance (where interest continues to accumulate during the nonpayment period). And accumulate that interest did.

Through the magic of compounding, my interest decided to turn itself into principal and that principal began to earn its own interest. It was the opposite of the “Debt Snowball” that Dave Ramsey speaks about in Dave Ramsey’s Complete Guide To Money (another staple in my current financial library).

I was so clueless of the financial setback I was setting myself for that I truly don’t remember what the sum of these two mistakes was when I finally became an attending and started paying back the loans.

The total student debt was easily $350K, and it wouldn’t shock me if this grossly underestimated the final bill when repayment started.

This financial anchor was eventually paid on May 22, 2014 (I was so proud of this accomplishment that I posted it on my Facebook page).

What was so significant about this date was that it was exactly 17 years to the day that I graduated medical school and received an MD, and almost 22 years when I first became indentured to Sallie Mae, et al.

This is a bit difficult to calculate as I don’t even remember what interest rates were on these loans — some as low as 4% and others approaching 9%. With compounded interest during forbearance and a 22 year payback, it would not shock me if the final cost for my education hit the $600k mark.

1. You will always have to pay the piper. What you put off today can substantially grow and cripple your financial future.

It is highly difficult to discharge student loans with normal bankruptcy proceedings.

2. Don’t count on a presumed larger salary later to bail you out of financial obligations today.

Even as a med student or resident, although it is highly LIKELY that you will make a large salary as an attending, you cannot predict the future. All it takes is an accident/disability that may hamper your future earning power tremendously.

3. It is never too early to learn about finances.

We always are focused on establishing a career and dedicating our time and resources to it, but take it a step beyond that. What is the point of a successful career? To make money to provide a desired lifestyle. The best way to get this is to learn about personal finance and avoid common pitfalls designed to separate you from your money.

The person who has the best interest in your financial success is YOU.

The author has chosen to remain anonymous. They recently launched a finance and lifestyle blog called XRAYVSN: https://xrayvsn.com. 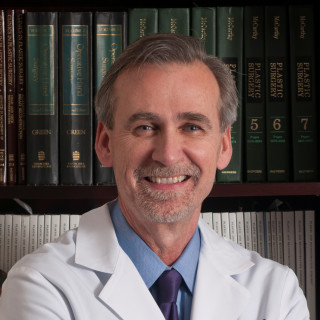 Aesthetic Plastic Surgery Is at a Crossroads

Why Women Physicians Need A #GirlTribe 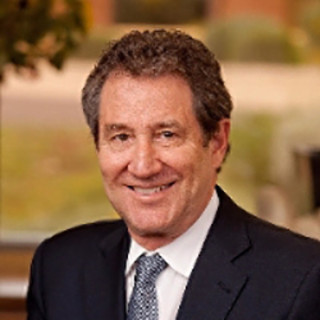 'Do Everything You Can Do'

Lauren Shapiro, MD MPH and 1 other

PMR Doctors Share How Patients with Disabilities Can Prepare for Hurricanes