I Left Home to Pursue Medicine. Did I Make the Right Choice?

“Well, I wish you the best for your future endeavors and hope that you can take your skills back to your country to help your people.”

This short and well-meaning comment by a patient of mine couldn’t have come at a more tumultuous time. I had just filed for American citizenship, and since India doesn’t allow dual citizenship, it meant that I’d be renouncing my Indian passport. I would not be going back home.

“But you can always do trips if you want to help provide medical care in India,” my peers would say.

I hadn’t even wanted to come to America in the first place. My parents' lofty dreams of sending their child halfway across the world began when my older sister was applying to college, and my uncle convinced my parents about the alleged advantages of higher education in the U.S. My parents didn’t go for it at the time, but they were adamant three years later when it was my turn.

I’d never been to America. I had no friends there. In India, on the other hand, I had a loving family, supportive friends, and dreams of attending medical school in India, which starts right after high school. But my parents didn’t relent. I decided to embrace the SAT and work towards crafting an application. The hard work yielded results — I was accepted to Johns Hopkins during my senior year, and the reality of my future was crystallized.

The beginning of college was difficult. Most kids were living away from home, but I was half a world away, immersed in an unfamiliar culture that had little resemblance to the little I gleaned from TV, movies, and brief, poor-quality phone conversations with my cousins in America.

I enjoyed myself, though as an engineering major, it wasn’t the 4-year-long "Animal House" party I grew up expecting. After four relatively busy and partially fun-filled years at Hopkins, I started medical school at Yale. Now here I was, starting my final year of medical school, having completed the naturalization application form.

Living in the U.S. for eight years changed my identity. When I’m in America, I feel Indian. When I’m in India, I feel American. In real life, I feel like I am neither here nor there. Parts of my culture growing up were lost in the ivory towers I’ve sought to scale this past decade, while I have picked up aspects of American culture and call it my own: Thanksgiving, the Superbowl, and the Fourth of July.

Logically thinking through this fog of emotions, I knew becoming an American citizen was the correct decision for me. And yet, I still get that nagging feeling. I had seen the desperate need for decent health care in my home country. When I was working as a volunteer at a cataract relief camp in Sundarbans, near the Bay of Bengal, I’d seen one ophthalmologist treat hundreds of patients in a day. Many of them were blinded by the thick, opaque cataracts that had been neglected for decades. When I volunteered at the Mother Teresa House in inner-city Kolkata, I had seen nurses take care of vulnerable people who had sometimes been abandoned by their families. Some were struggling with drug use while others accrued a long tally of medical problems but no prior semblance of a medical treatment plan.

During my time in the U.S., I became enamored with high-tech medicine. I marveled at the da Vinci Surgical System in my undergraduate department that allowed surgeons to work with precision in difficult-to-navigate quarters. I was enthralled by my work in artificial intelligence research in interventional radiology, which allowed for intraprocedural evaluation of efficacy — impossible before this technology.

I had seen the cutting edge, and that’s where I wanted to be.

My mother, in addition to her work as a primary care physician for women and children, advises patients on public health, mental health, and child development. In addition to providing health care, she provides a voice to her patients, often women in desperate situations.

The difference a doctor could make in this community is uncomfortably palpable to me. I had felt a strong sense of purpose to help “my people.” I kept coming back summer after summer to volunteer and felt gratified doing some good. What was I thinking, abandoning this nebulous sense of duty towards the country that raised me? And for what? The promise of a “better life?”

And what was I leaving behind? The India of 2012 that I remember doesn’t exist anymore. The roads, people, sights, and smells have all changed or moved on, but my memories rigidly expect them. I am now slowly becoming one of the non-returning Indians, or NRIs, who marvels whenever I go back home exclaiming about how much things have changed and how “it all used to be so different in my time.” But I do not want to transition into the NRI who conveniently ignores the motherland’s problems, doing little to change the conditions in their home country, all while raving about how the superiority of their home country when they are conveniently enjoying the luxuries of their adopted country.

The phrase “global citizen” gets thrown around a lot, but at what point do regional and national identities get wiped away? At what point are you cognizant enough to recognize the consequences of the identity that you are signing away? Of course, I retain a part of my Indian identity — whether it be through waking up at odd hours to watch India play cricket or having high standards for Indian food, but large parts of that previous identity have been washed away.

Going forward, no matter what decision I make and where I settle down, I know “what if” will always intrude on my thoughts. But I cannot rule out a gnawing feeling deep inside when I travel abroad for the first time with my blue American passport in my hand while my black erstwhile Indian passport languishes in my box of memories at home. Wherever home is.

Have you left home to pursue your future in medicine? Let us know in the comments below.

Rohil Malpani is a 4th-year medical student at Yale who moved to America from India for college.

Read I’m a Medical Marijuana Doctor, and This Is Who I Treat 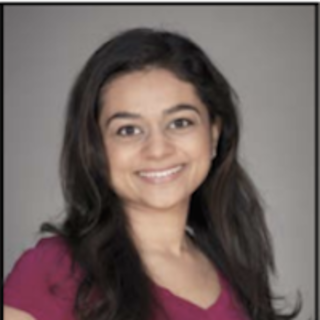 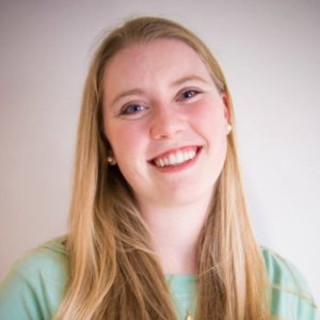 Conference Q&A: A Day for Girls