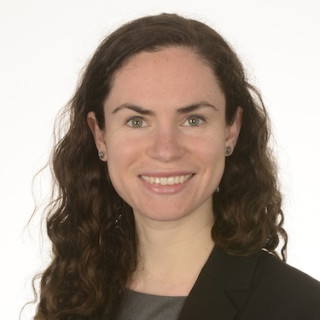 I cannot pretend that I enjoyed medical school. It was the most challenging experience of my life, which is both a reflection of how easy my life has been and a reflection of how rigorous medical school is for many students. I went through first and second year feeling tired of the endless cycle of studying, taking an exam, forgetting what I learned, and then repeating those three steps. The promise of becoming a third year and working in the hospital gave me some hope that medical school would get better. Sadly, once I became a third year, I found that there were frustrations there, too. The most disappointing aspect of third year was feeling as though I was not contributing to patient care. Yes, I would pick up patients, talk to and examine them, and then present those patients to the rest of the team, but ultimately, this was just practice for me; it was not something that enhanced patient outcomes. Instead, the interns and the residents were the ones who really had the power to impact a patient’s experience in the hospital.

By the end of third year, I was exhausted. As I reflect on that time, I realize that I was extremely burnt out from my third year of medical school. I had hoped that third year would be a fulfilling experience, but instead, it had been a time of uncertainty and awkwardness. Nevertheless, it had also been a productive time. It was during third year that I decided that I would pursue residency in Internal Medicine.

My decision to go into Internal Medicine came as a surprise to me. I had entered medical school convinced that I would become a neurologist. Not a doctor. A neurologist. I first declared that I would become a neurologist when I was in fourth grade, which was when I learned about Alzheimer’s disease, a disease that I intensely feared and wanted to cure. It took me fifteen years to change my mind. I finally chose Internal Medicine because it was my favorite rotation; I enjoyed working with the patients, the residents, the attendings, the social workers, the nurses, the case managers, and everyone else on the team.

The process of applying to residency in Internal Medicine was a combination of terrifying, exhilarating, and encouraging. I applied to thirty-five programs, which felt like a lot, but was appropriate given my below-average Step 1 score. After I submitted my application on ERAS, all I could do was wait for interview invitations. This was the terrifying part. I was constantly worried that I wasn’t getting enough invitations. In my mind, I felt as though I should get at least seventeen interviews, since that would be roughly half of the programs that I applied to. Instead, I had eleven or twelve interviews. I emailed one of the deans in the Office of Student Affairs at my school about my fears, and she told me to calm down; she said that seventeen interviews would be excessive, and I should aim to rank eleven programs. I relaxed. And then I actually started going on interviews.

For me, the interview process was exciting. I loved visiting other schools and cities and seeing how other institutions worked. Also, I was acutely aware of the fact that I was interviewing for my first job as a doctor, meaning that I was finally going to be that doctor that I had dreamed my whole life of becoming. I was ready to take responsibility for patients, rather than be that medical student who wanted to help but didn’t how. Additionally, it was encouraging to visit so many places where I felt like I would be happy and get good training. Interviews represented the end of medical school and the beginning of residency. And I couldn’t wait.

Match Day finally arrived. My school has an interesting ceremony where every student walks up to the stage to a song of his or her choice, and then opens and reads the contents of the envelope in front of everyone. Names are pulled from a box at random. There is an option to walk up to the stage, take the envelope, and then open the envelope privately, but I personally wanted to open it on stage; I liked the idea of having a moment of my own where I could celebrate the news that I was indeed going to be a doctor. Understandably, many people are uncomfortable with the idea of reading the contents of their envelope for the first time in front of a theater full of people. I’ll admit that I was nervous opening my envelope on stage. When I heard my name called, a wave of nerves and anticipation came over me. Suddenly, my future was becoming real. It was on that piece of paper, and after weeks of waiting, all I had to do was read it.

First I read the contents of the envelope to myself, and then I gave a huge sigh of relief and read the name of the institution to the people in the audience. And then I couldn’t stop smiling for the rest of the day. I had matched at my top-ranked program. In that moment, medical school felt like the best investment I had ever made in myself. Yes, medical school had been a struggle and I had often feared that I wasn’t smart enough to be there. But after I opened my envelope and saw that I was going to be a doctor at the place that I had prayed would take me, I felt hopeful and rejuvenated. I want to encourage other medical students who also question whether this journey will end safely or happily that it will. It’s a scary journey, I know. But once the journey ends, you’ll likely find that you’ve arrived in a place that is best suited to guide you on your next journey.

Zoe Rammelkamp, MD is a recent graduate of University of Maryland School of Medicine. She is going to do her residency in Internal Medicine at University of Minnesota.