'I Almost Shot Myself in the Head': A Doctor Addresses Suicidality Stigma

"Once your kids are older, please encourage them to get help if they start with your symptoms," Dr. K soberly instructed me recently. This came after a rollercoaster year to sort out and treat my increasing and overwhelming desire to shoot myself in the head.

Although the cause of suicidality varies from person to person, this is my story.

I'm a happily married 59-year-old general practitioner. Both of my adult children have completed college and are gainfully employed. There was no one I wanted to hurt with my death.

For the longest time, I thought I had allergic conjunctivitis. As it turned out, once the crying (and fighting the urge to cry) was resolved with Effexor, my conjunctiva cleared up. Frankly, I have always questioned the validity of fibromyalgia, until I started experiencing symptoms. Then, just like my "allergic conjunctivitis," Effexor also gave me relief for my chronic upper-back and neck trigger points, fatigue, sleep, and mood issues ... so much for my own diagnostic skills.

Unfortunately, there was no real change in my suicidality with Effexor. Only the frequency lessened—to a few times a day.

I knew I was depressed, really depressed. I had been ignoring and fighting these feelings ever since I was a young adult because there was no reason for my sadness. I was embarrassed because my childhood was so great. I felt I never suffered enough to become depressed; I felt like a spoiled brat, crying for no reason.

During my neurosurgical rotation as a surgical resident, I felt differently when the ER paged me regarding a patient with a self-inflicted gunshot wound to the head. I lacked the profound sadness that I had for other patients that died by other means. There was a morbid sense of solace and closure for these predominantly twenty-something males. Neither the family chaos in the waiting room nor the status of an organ donor card really touched my heart. In retrospect, I was callous and selfish.

My maternal great-grandfather took his life with his slug-loaded shotgun. But not before telling his son (my grandfather) his plans. He was an octogenarian, and the DMV sent him a notice that he could no longer drive. My grandfather did nothing to prevent it. In fact, he shared the story with me as a young teenager. He told me that he planned to do the same "when the time came."

Zeus is a three-year-old Belgian Malinois, trained to be a service dog for Leysh, one of the medical assistants at our clinic. Zeus has been with us since he was a puppy. A couple of years ago, I was contemplating shooting myself. I had a Sig Sauer P238 at work. It was a bad day, a terrible day. We have always joked that Zeus has attention deficit hyperactivity disorder (ADHD)—it's a Malinois thing. So, when he came into my office and placed his head on my lap, looking up at me with a concerned expression which I had never seen before, I still thought he just wanted to play … but he didn't move for over 15 minutes. Only when my bad thought started to subside, as I was petting his head, did Zeus leave, return with his favorite bone, and place it in my lap. Then he brought and put his favorite toy at my feet. He finally laid down at my feet, keeping me company. Watching over me.

A few weeks later, Leysh got into trouble with me regarding a non-work-related issue. She is like a daughter to my wife and I. We argued, then I asked her to promise never again to do what she did. She said, "I can't promise that, but will promise to try ... if you promise me something." I asked her what it was. "Get rid of the handgun and never get another one." She broke down in tears and said, "Because I don't want you to shoot yourself." In tears, I assured her I was only sad and would never shoot myself—I agreed to her terms.

How Zeus and Leysh knew, I'll never know, but I needed to get help.

That phone call was the first time I ever told anyone about my suicidality. I was so embarrassed and felt "broken." Dr. K's receptionist told me that his next appointment for a new patient was six months out. I asked if I could leave him a message and she said yes. On the message, I mentioned that I'm a 58-year-old physician with strong suicidal ideation. The receptionist called back the next day and made me an appointment for three weeks out, which was still quite a stretch. For being a simple task, it was the hardest call I have made in years. At the same time, I felt hope. It was the longest three weeks.

Dr. K is a portly 78-year-old wizard of Psychiatry. His clinic is an old, dimly-lit converted home, furnished with tattered swap meet-caliber furniture. He may even be a borderline hoarder. Every waiting room chair was filled with disheveled patients with flat affects and overt psychiatric pathology. Patients were also standing outside smoking partially smoked cigarettes they had found nearby. I felt out of place and comfortable at the same time.

Dr. K's endearing, compassionate concern was remarkable. He had tears welling up as I shared my medical history. Dr. K assured me that my suicidality was secondary to severe major depressive disorder and started me on Effexor.

The following week I told him with enthusiasm that my red, irritated eye and other psychosomatic symptoms had resolved. I also shared that my wife, Jaleh, and I have been together since high school. Together we have tackled a lot of stressful events: almost losing our newborn son to hereditary nephrogenic diabetes insipidus, and losing our home in the California Cedar Fire, to name just a few. So, Jaleh was prepared to handle this. She removed all firearms from the house and did everything she could to decrease any external stressors that came our way.

Over the next few months, I slowly increased my dosage of Effexor. Unfortunately, the side effects made it hard to be compliant, so Dr. K switched me to Wellbutrin, which had no adverse effects. But then, I had a relapse of my depression and suicidality. It came back with a vengeance.

Up until that time, I was running from the urge to end my life. But with this relapse, I couldn't run any longer, so I started to prepare and plan my death. Dr. K restarted the Effexor and kept me on Wellbutrin. Additionally, he wanted to hospitalize me for two weeks. Because I'm in private practice, I couldn't be away for that long. What would be different in treatment besides preventing me from killing myself? Dr. K said, "That's exactly what I want to prevent." We finally agreed on a promise not to kill myself, and if I needed to break the promise, I agreed I would call him. I also agreed to a three-day stay in the hospital for electroconvulsive therapy (ECT) in the near future.

The following week, Dr. K wanted to start lithium, before I underwent ECT. I always thought lithium was only for bipolar treatment; I was wrong. Five days later, it was like someone had turned the switch off in my brain for suicidality, a switch which had been on for my entire adult life. Just as I wouldn't jump into a pit of rattlesnakes, I now would never put the muzzle of a loaded pistol against my temporal bone and pull the trigger.

A couple of weeks later, Dr. K asked me what kept me from taking my own life. I told him it was my four girls and a dog; my wife, my daughter, Leysh (like a daughter), French (like family, who also works with me), and Zeus, who had canine instincts to keep me safe.

There is no doubt Dr. K saved my life. With his advanced age, I needed to know when he planned to retire. He said he already had plans to retire—once he cures all his patients.

But on a serious note, the wait time to see a psychiatrist is unacceptable. We need to groom a lot more Dr. Ks because I suspect my story is the tip of a curable iceberg that is melting too fast.

Yes, I'm still embarrassed about my diagnosis and the fact I remain on Effexor, Wellbutrin, and lithium. To date, only a handful of people know this dark side of me. When I was having equivocal thoughts about writing this article, I thought about the fact that the rate of physician suicides is highest of any profession and exceeds that of our military personnel—and yet, we don't hear much about this "epidemic" in the United States.

I don't want to be embarrassed anymore—maybe this will help. Perhaps this will help to remove the stigma when the time comes to discuss the genetic component of suicidality with my kids. Either way, a long life of embarrassment will suit my family and I well.

This article was previously published at MedPage Today.

Thomas L. Watson, MD, is a physician who lives and practices in San Diego. Watson attended Centro De Estudios Universitarios Xochicalco in Mexico and is certified by the American Board of Urgent Care Medicine.

A PM&R Pain Specialist Weighs in on the Opioid Epidemic

Aug 18, 2017 Link to A PM&R Pain Specialist Weighs in on the Opioid Epidemic 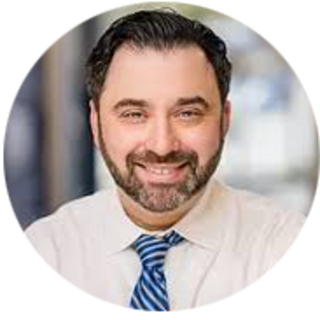 Nov 2, 2018 Link to Are We Doing Meaningful Work or Meaningful Paperwork?