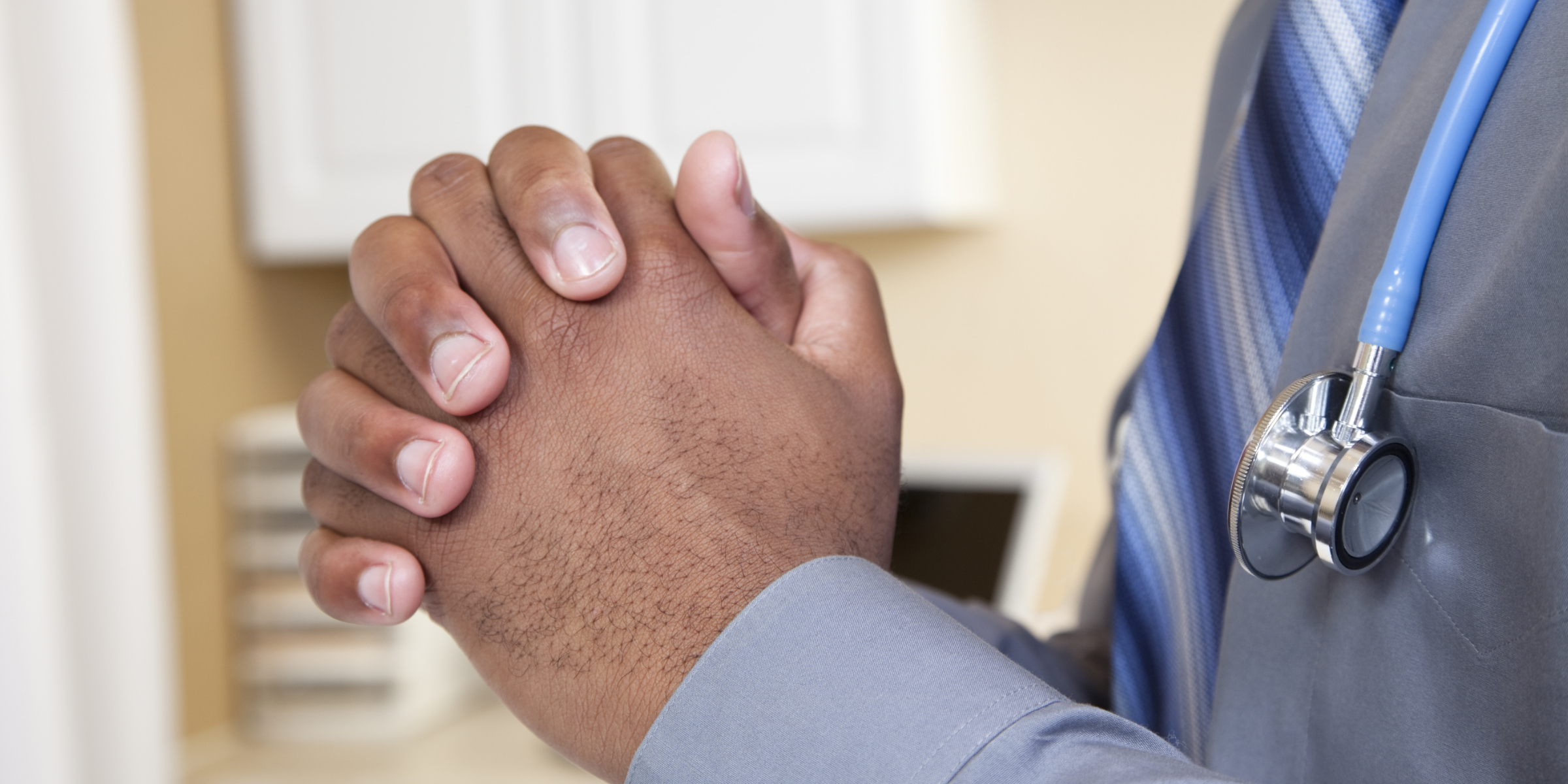 Religion and spirituality play a role in both patients' and clinicians' lives. Despite this, medical school is usually an atheistic experience. I went to a state-run medical school. No consideration of religion happened throughout my entire medical school or residency curriculum. It was a long apprenticeship to the god(s) of science. A survey in 2015 found that although a majority of people felt doctors asking about spiritual beliefs was appropriate, a minority objected. Some medical schools such as Rush, Duke, Yale, George Washington, and others, have established centers of study of religion and medicine. Overall though, for most students, I believe the training process is a dedication to the idea of duality — that the body is and should be separate from the spirit.

Although formal didactics ignored religion, religion was readily apparent in my clinical experiences. Many patients have religious beliefs that shape their acceptance of health care practices. A Pew study found that even among people who identify as non-religious, a growing percent report spiritual feelings. Some religions have beliefs that obviously impact health choices. For example, in my current practice location, there are many Seventh Day Adventists who are often vegetarian. A simple childhood physical asking about a balanced diet needs to recognize that a vegetarian diet can be balanced. As a clinician in this region, I need to be knowledgable about counseling growing children living a vegetarian or vegan lifestyle. Another example of religion affecting medical decisions is that Jehovah’s Witnesses refuse blood transfusions. Many blood-sparing surgical and anesthetic techniques have been developed in response which has benefitted all. Many of my religious patients of different faith backgrounds refuse the HPV vaccine believing that following their religious guidelines of abstinence before marriage will protect their children.

One positive experience of a clinical experience touched by religion stands out in my mind. While training in family medicine I was placed in a town with a community of Muslim refugees. As I was counseling a patient to take his acid-preventing medicine twice a day, he let me know that as it was Ramadan that treatment plan had to be modified. That led me to discover medical literature on treating patients, including diabetics, during the fasting period of Ramadan. Understanding the patient’s religion was key to developing in partnership a plan for his care that respected his religion.

Not all my experiences at the intersection of faith and medicine were as positive as the one above. As a medical student following a psychiatry resident on hospital consults, I met an elderly Christian woman. She was refusing medication believing God’s will would care for her in the best way possible and her doctors called a psychiatric consult on her. The psychiatric resident I was following prayed with her and convinced her to take the medication telling her that sometimes God’s will works through medication. On the one hand, the resident worked with the patient’s religion to achieve the medical team’s goal. But the whole exchange didn’t sit well with me. A grown and competent adult should be able to refuse treatment without having psychiatry called on them. And a doctor should not heavy-handedly persuade someone to accept a treatment they have repeatedly and clearly said they do not want. The medical team’s goal was met but perhaps not the patient’s goal. So clearly religion enters the exam room in a multitude of ways and is impactful on medical care in a complex way.

It is not only patients who have religious beliefs that affect patient care — but clinicians also at times bring religion into the exam room. When I was a medical student many of my Catholic classmates, educated in conservative Catholic schools, stated they would refuse to prescribe birth control. They would send women elsewhere. Some states have laws that protect a pharmacist’s and clinician’s right to refuse to fill scripts or to perform procedures that are against their religious beliefs. While upholding the freedom of religion of the clinician is a worthy goal, if the provider is the only option in a region this infringes on a patient’s right to fully access all available medical options. This denial of care was further upheld in court decisions allowing employers to limit health plan coverage based on the religion of the owner. This then forces the employee to follow the religious doctrine of their employer. While an individual should be able to determine their own care, what about the rights of the employee to self-determination — a fundamental concept in America? While some clinicians use religion to reduce access to care, for others religion drives them to serve underserved communities. Whether it is a mission abroad or a personal spiritual calling to work in impoverished communities — religion can drive a career caring for others. Personally, as a Unitarian Universalist, I think about two of our principles, “The inherent worth and dignity of every person,” and “Justice, equity and compassion in human relations,” when I work with families who challenge my compassion muscles.

Clearly, religion and spirituality are in the exam room. Sometimes leading to more access to care and sometimes leading to limits. This seems natural since religion and spirituality guide how people conduct their lives and naturally intersects with health behaviors. On a personal level, in addition to being a physician, I am a patient who faces severe, daily, chronic nerve pain. My church community has been critically supportive in physical and spiritual ways. My participation in faith practices and in meditation have been instrumental in my ability to cope. My healing has been as much a result of these practices as from medical interventions. Religion and spirituality add a great deal to patients' lives especially as they face life-limiting and challenging conditions. An open discussion of religion and health and how to balance the rights of all would be of use.

In medical education, greater public dialogue about religion, health, and society would be welcome and beneficial to both clinicians and their future patients. Religion is in the exam room and should be received with acceptance, respect, and welcoming arms.