How to Be a ‘Covertly Creative’ Physician 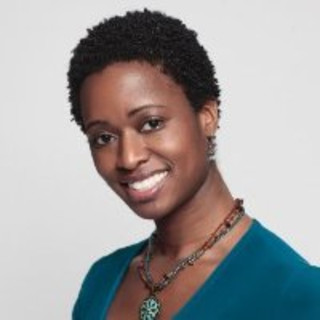 I used to never think of myself as creative. I even pushed back against a therapist once who suggested that I was. I dismissed the examples she gave of my creativity at work as being inconsequential. It was just part of my job as a physician, and I didn’t consider my job to be very creative.

Ironically, now that I have been away from clinical medicine for some time, I realize that pretty much all my creative energy was poured into my work. All the innovation that I was capable of was put to use in service of patients’ well-being.

Once I decided to leave the bedside, I knew that my creativity had to be more versatile and consistently present in order to succeed. I had to figure out how to use my knowledge, skills, and abilities to earn a living doing something besides seeing patients.

Completely breaking from the traditional path of medicine and choosing to expand where I apply my experience forced me to be innovative in more parts of my life. During this reimagining process, I’ve learned that my creativity flourishes best when I do three things consistently: reflect, refresh, and release.

By reflection, I mean taking time to consider what can be learned from an experience. Like many of my physician colleagues, I tend to be inside of my head most of the time, which often leads to thinking obsessively about an issue without anything productive results, which is referred to as rumination in Psychology.

Unlike rumination, reflection keeps me motivated to act through acknowledgment of how what I’ve accomplished impacts my goals. If the outcome on which I’m reflecting is different than what I had desired, I consider what I can do differently to be more successful in the future.

Even in the most toxic and seemingly impotent circumstances, I don’t sit and fume about what people are doing to me. Instead, I plan creative ways to utilize whatever power I have to improve my situation.

2. Refresh Rather Than Rest

Back when I lived my life near empty, I gave myself credit for resting before completely running out of energy. In my mind, keeping myself just shy of falling over was ideal for being of optimal service. That way I wasn’t holding anything back from others. Now, I know that downtime needs to be refreshing as well as restful.

When the goal is simply to maintain the status quo, I can get away with being exhausted most of the time. A well-established path only requires just enough energy and mental clarity to keep in motion afterall, even if it is leading me the wrong way.

Conversely, my uncharted journey as a business owner involves innovation every day. This creativity requires me to be full of energy rather than just shy of depleted. From writing to speaking to marketing to actual coaching, I have to be refreshed regularly to function optimally.

Creativity requires openness. I have to be open enough to take in what serves me and release what does not, even when I tend to be better at taking in than letting go.

For years, I held on to certain subconscious beliefs that limited my creativity in designing my best future. Initially, I thought I could simply reassign the limits without actually releasing them. Instead of limiting use of my MD to seeing patients, I would to find a nonclinical job that requires an MD. The reassignment would validate both my initial decision to go to med school and my subsequent choice to leave clinical practice. It would all be very respectable and easily explicable.

Eventually, I recognized that in order to create the best new path for myself, I have to release all the arbitrary limits that do not serve me. I can have an MD and do whatever I want to do under the sun. The story doesn’t have to unfold in an easy-to-digest dinner party anecdote.

Nowadays, I think of my time as a physician as being covertly creative. The creativity was in me all along, just buried beneath overthinking, exhaustion, and limiting beliefs. It only surfaced in service to others. Now, by regularly reflecting, refreshing, and releasing, I am allowed to be included in the people who are served by my creativity.

Dr. Jattu Senesie is a board-certified obstetrician-gynecologist turned physician satisfaction specialist and coach at Essence of Strength. Through her blog, she helps early career physicians identify, implement and maintain the habits that promote personal and professional success with satisfaction. She is a 2018–2019 Doximity Author.

A version of this story was originally published on the Essence of Strength blog.