Prateek Sharma • Med Student
May 6, 2020
Op-Med is a collection of original articles contributed by Doximity members. 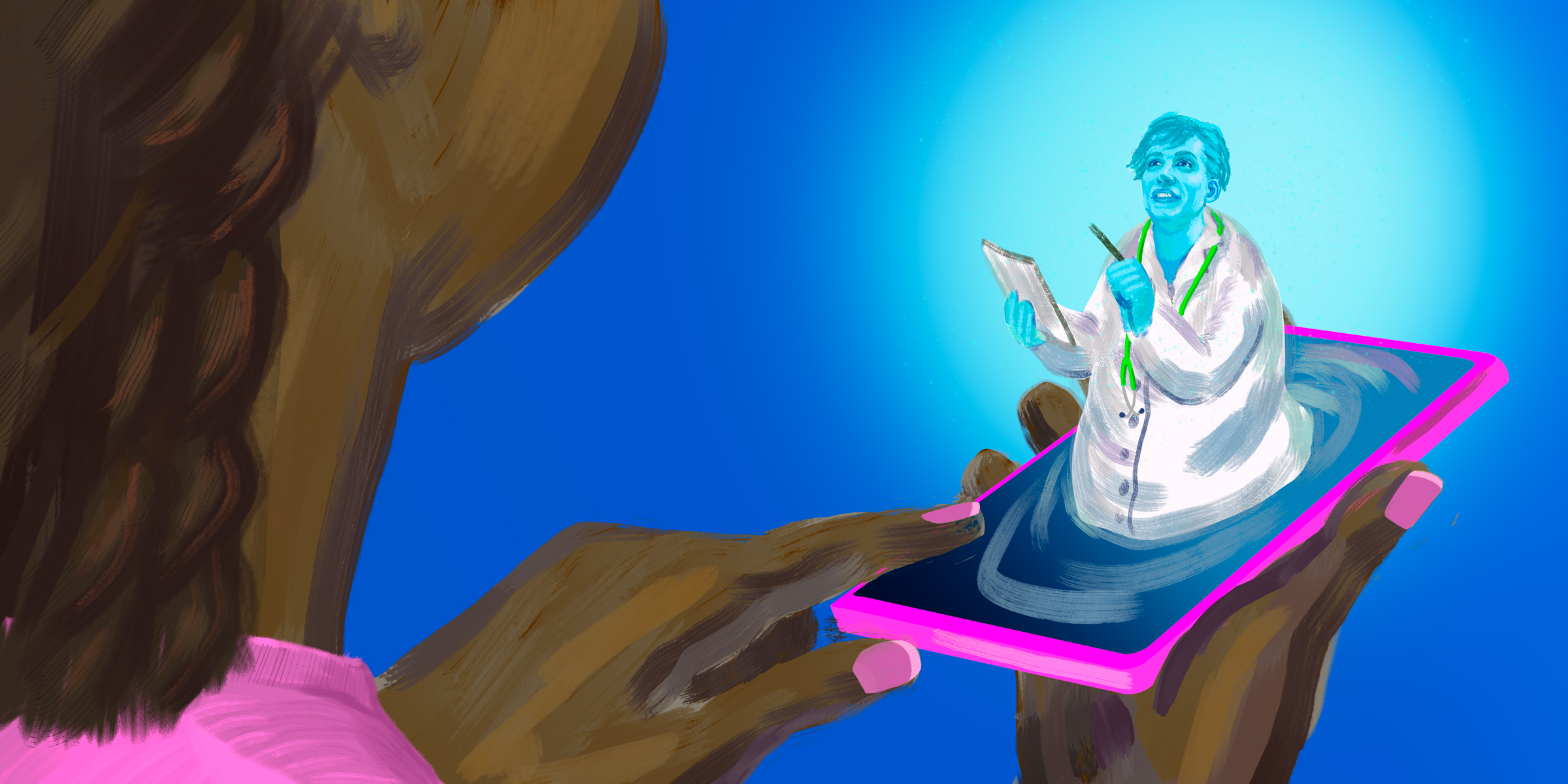 Telemedicine has yet to live up to its promising potential. But does the current pandemic teach us ways in which it might be revitalized?

If you were to take a quick look at the hands of any passenger on a subway or sidewalk along the streets of Philadelphia, where I attend medical school, you’d be hard-pressed to find anything but a mobile device. Technology has come to play a significant role in our daily lives, from task-managing our responsibilities to communicating with others, all through the tap of a screen. Yet, despite these advances, one aspect of society seems to have been remiss in realizing the material benefits of our integration with technology: primary health care.

The promise of telemedicine is multifold: improving patient outcomes and satisfaction, expanding the reach of physicians, increasing efficiency, and decreasing health care costs. These are needed with increasing urgency in light of the growing shortage of primary care physicians in the population: according to the AAMC, a primary care physician shortage of 21,100 to 55,200 physicians is expected by 2032, with similar estimates for non-primary care specialists and surgical specialties. These staggering numbers capture only part of the story, a fact that becomes more apparent when we consider two other numbers that influence access to care: zip code and income. Access to medicine is a complex issue and telemedicine might not be the perfect solution — it is limited by lack of a uniform reimbursement structure and access of all Americans to reliable internet and technology — but it is an important component of a cohort of initiatives seeking to expand access to care.

For the many benefits that can be envisaged with telemedicine, so can sobering drawbacks of an unchecked system: liability resulting from inaccurate communication, security of televisits, and the potential loss of the “personal touch” in doctor-patient interactions. It is, after all, a reasonable expectation that a patient would want to be treated by a person across the table rather than through a computer screen. However, a reality in which these seemingly disparate methods are equivalent in a practical sense of accomplishing meaningful care isn’t a difficult one to imagine.

The appeal of telemedicine is its ability to address one of the greatest deficits in American society: the health care system’s efficiency and reach. A concept inherent to the idea of optimizing health care is the “triple aim,” which describes integrated approaches to simultaneously improve care, population health, and reduce costs per capita. Telemedicine, if done right, promises a solution to these problems.

Recognizing that changes in implementation start early on in training, the AMA has sought to fill in the gap between the way medicine is trained and practiced through its “Accelerating Change in Medical Education” initiative erected in 2013, which awards grants to medical schools to innovate and disseminate curriculum innovations, such as telemedicine. According to recent AAMC data, “84 medical schools (about 58%) included telemedicine as a topic in required or elective courses during the 2016–2017 academic year.”

With the recent outbreak of COVID-19, we’ve seen a drastic shift towards a desire to implement telemedicine across clinical practices. The HHS even took the step to ensure this would happen. All health care providers subject to HIPAA privacy rules will not have penalties imposed for noncompliance at this time in connection with the good faith provision of telehealth during the COVID-19 pandemic. However, with growing case rates of COVID-19 among health care workers on the frontline, it seems too late.

On Wednesday, March 11, the medical education office of the Perelman School of Medicine announced that all classes for first-year medical students like me would transition to a virtual format. Two days later all clerkships, sub-internships, and electives were temporarily suspended. As a field, medical education has inadvertently found itself fast-tracked on the route to virtual education, as I’ve experienced firsthand at Penn. Team-based learning is virtual and so are doctoring sessions (in which we explore current medical issues through discussion). While the virtual medium had previously been used for didactic purposes (e.g. recorded lectures for later review), it has now become a critical means for real-time interactive discussion as well.

Over the first couple weeks of using the virtual curriculum, what has surprised me most is the lack of surprises. That is to say, educational tasks have by and large continued despite this shift. A few (admittedly humorous) hiccups have happened along the way: a furry friend from someone’s home jumping up into view of their webcam, or long periods of awkward silence followed by seven conversations initiating at once. Yet these have served as good lessons about the importance of adaptability in communication and awareness of technology as a tool whose use improves iteratively through practice.

The very nature of clinical practice — as this situation has shown — can be distilled, in some way, to a virtual format. This presents a unique opportunity for us to explore what’s possible through technology, from discussion of emotions in doctoring sessions to complex concepts in small group clinical cases.

The challenge that COVID-19 has provided to society in terms of shortages of health care workers simultaneously presents the opportunity to improve telemedicine to help combat the spread of highly transmissible diseases. Training starts with providing routine, tangible opportunities for students to practice their skills in telemedicine and appreciate its role in daily practice, as we’re observing in our classes right now. It starts with medical education. Let’s hope it doesn’t end with it.

Prateek Sharma is currently a first-year medical student at the Perelman School of Medicine at the University of Pennsylvania. He hails from Michigan and is a proud University of Michigan alum. He can be contacted on Twitter.